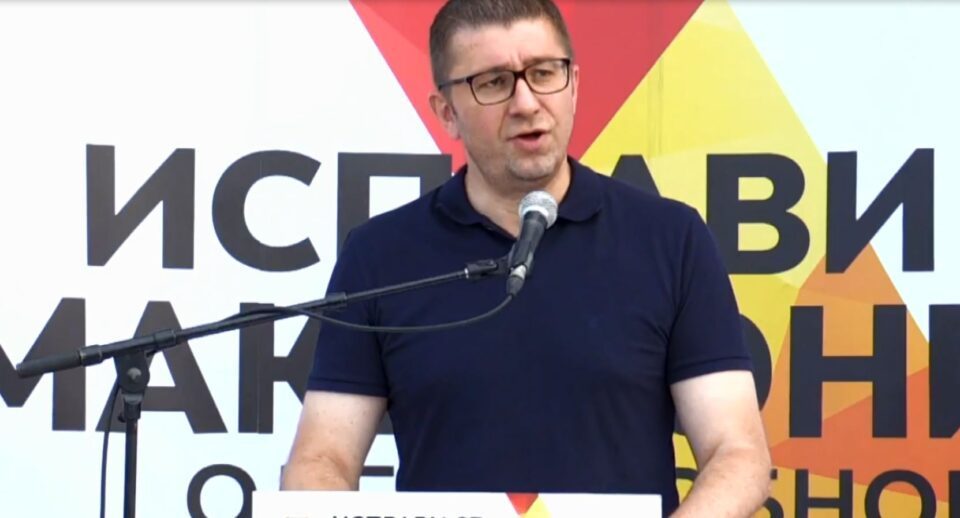 Speaking in Skopje’s downtown Centar district, which was the ground zero for the 2015 SDSM led Colored Revolution, VMRO-DPMNE President Hristijan Mickoski reminded the gathered citizens how Zoran Zaev betrayed the promises he made about ensuring the rule of law and a fight against corruption.

When they were promising you justice, our political opponents, and their supporters from the Colored Revolution, they said they will put an electronic counter on the Macedonia Gate to show how much money was confiscated from criminals. They were talking about billions of euros. But today we see that people they labelled to be part of the “regime”, they are now their faithful servants. They work together. We promise you, we will actually start the counter and we will begin with the issue that pains our citizens the most – and that is the inexplicable wealth of the politicians. We will vet all politicians within the first six months in office, and they will have to explain how they got the property they have, Mickoski said.

Later in the evening, the opposition leader spoke in the far more red-blooded district of Kisela Voda. He acknowledged to the supporters there that VMRO was forced to thread carefully and measure its moves but said that it all lead to early general elections and a chance to put an end to the SDSM led Government.

We want to win, and we want the fight to have a clear outcome. Our final goal is the Macedonia we always dreamed of, a Macedonia we can leave to our children, Mickoski said, promising a lot of hard work after the elections.

He was joined by the head of the VMRO list in the 1st electoral district Gordana Siljanovska – Davkova, herself a former Colored Revolution activist who was turned off by the SDSM concessions on national identity issues. Siljanovska said that the events of the past several years woke the VMRO code in all Macedonians. “And now it’s time for the second part of the name of the party – a Democratic Party for Macedonian National Unity. And we need unity now more than ever”, Siljanovska said.