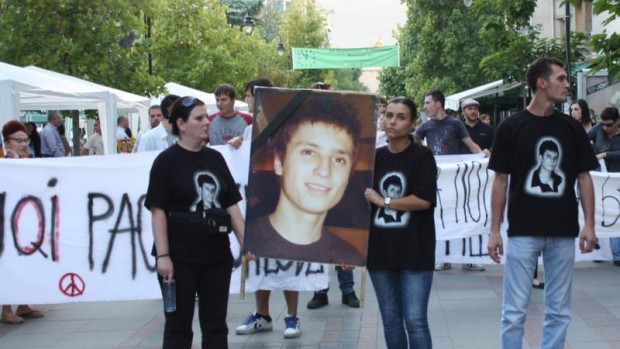 One of the leaked tapes published by the Chicago based activist known as El Cheka throws new light on the 2015 wiretapping scandal.

Sekerim Ahmeti, who uses El Cheka as his social media name, is publishing unedited tapes from the cache which Zoran Zave and his SDSM party used in 2015 to bring down the Nikola Gruevski Government. One of the tapes he published puts one of the major scandals which Zaev used in 2015 to push for Gruevski’s resignation – the 2011 murder of a young VMRO-DPMNE party supporter by a police officer.

Martin Neskovski (21) was brutally killed by police officer Igor Spasov, who beat him to death, during the victory party VMRO-DPMNE held after winning the early general elections that year. Spasov, a special police unit member, attempted to cover up his involvement in the murder, and insisted that the slender built boy provoked him. The body was found at the Skopje central square, but the boy’s disappearance was reported by the family only the next day, and two other mass events including foreign citizens were on-going at the time, which, coupled with Spasov’s attempts to avoid blame, caused confusion in the investigation. He was arrested within days, and sentenced to 14 years in prison the next year. A year later, Neskovski’s father committed suicide.

The SDSM party and affiliated left wing NGO groups jumped on the murder and held protests, alleging that the leadership of the ruling VMRO-DPMNE party are to blame for the murder and Spasov’s attempted cover-up. As this was on-going, phone conversations between Gruevski and top Government officials were being wiretapped, apparently by rogue elements in the Interior Ministry, and in 2015 SDSM revived the murder by publishing some of these tapes.

The recordings Zaev aired in his widely covered press conferences left the impression that Gruevski, then Interior Minister Gordana Jankuloska and public relations officials of the Interior Ministry were trying to cover the case up. A callous comment from Jankuloska that Neskovski appeared to be a drug user was widely shared, as was a comment from Gruevski that his chief of security, Dejan Mitrovski – Urko, was being silent and lying about something, all leaving the impression that the murderer was part of Gruevski’s security detail, playing nicely to the allegations of a high level cover-up which SDSM was promoting. This contributed to some of the most violent SDSM protests in downtown Skopje, SDSM supporters were following VMRO-DPMNE officials shouting “murderers” at them, and at one point they painted the Skopje square where Neskovski was killed with red paint, meant to symbolize his blood.

The Neskovski murder and the traffic accident which killed fabled journalist Nikola Mladenov, were two of the most emotionally charged cases which SDSM used to spark its Colored Revolution protests, accusing VMRO-DPMNE of complicity in both, based on the tapes. In the meantime, the Mladenov allegations fell apart and his wife personally denied that there was any foul play in the high speed car crash which killed him.

After using him as a cause celebre for years, SDSM sends its prosecutors against Tomislav Kezarovski

Now, the full Neskovski tape, published by El Cheka, similarly reveals how SDSM spliced and selectively edited the conversations Gruevski and Jankuloska had about the case. The full tape reveals that both the Prime Minister and the Interior Minister are greatly concerned about the case, and about the attempt by Spasov to cover up what he did, the opposite of what SDSM claimed – that the two tried to help him avoid the blame. Gruevski and Jankuloska repeatedly discuss how to complete the investigation in full and have Spasov detained and prosecuted with the full cooperation of the Ministry. Jankuloska’s statement that Neskovski was a drug user was meant to present how great the disparity in strength was between Spasov and the boy, and both appear shocked at the use of force. It is revealed that Spasov is not part of Gruevski’s security detail, as SDSM claimed.

The misleading information Mitrovski provided was related to other activities, and Gruevski and Jankuloska discuss the need to keep a close leash on Mitrovski and potential troublemakers in their security details. To add insult to injury, Zaev himself had what appeared as a cordial meeting with Spasov in prison after taking over the reins of power using the Neskovski murder, and afterwards Spasov was temporarily release for healthcare treatment. 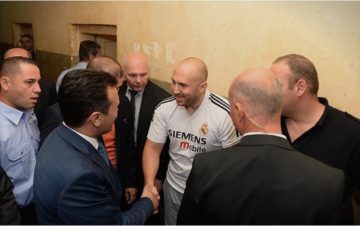 He consciously manipulated the public. He manipulated Martin Neskovski’s family, he manipulated over Nikola Mladenov, over the kids murdered at Smilkovski lake. He manipulated the honest people who believed in what they were served, but also the entire domestic and international public, the press and the politicians, Nikola Gruevski wrote on his social media account yesterday, after the full tape about the Neskovski murder was aired, speaking about Zoran Zaev and his propaganda campaign that started in 2015. 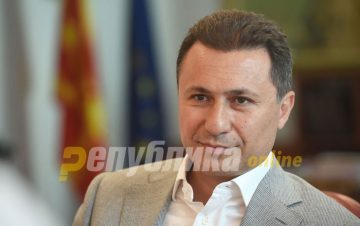 Gruevski says that the doctored initial recording of the conversation he had with Jankuloska in 2011, aired in 2015, was meant to be used as a emotional charge that sparked violent protests and led to dozens of police officers being injured, as they tried to contain the SDSM led mob from storming the Government building.

He lied to the people using reams of similarly forged materials and fakes. The edited recordings that created an explosion of emotions in the people were followed by another fraud, after he took over power, in which judges were forced to accept using these edited recordings as admissible evidence, even, shockingly, without a forensics examination being done to determine their authenticity and whether they are cut up. His monstrous, inhuman goal was to have his political competitors held up by the courts, imprisoned, destroyed at any cost. So that he can rule under his tried recipe, taking bribes as long as he can. A fascist monstrosity. What kind of a person does that?, Gruevski added.

The former Prime Minister writes that the only element of Zaev’s propaganda campaign that was truthful, wa that, after assuming power, he will undermine the Macedonian national identity and will remake the character of the Macedonian state.