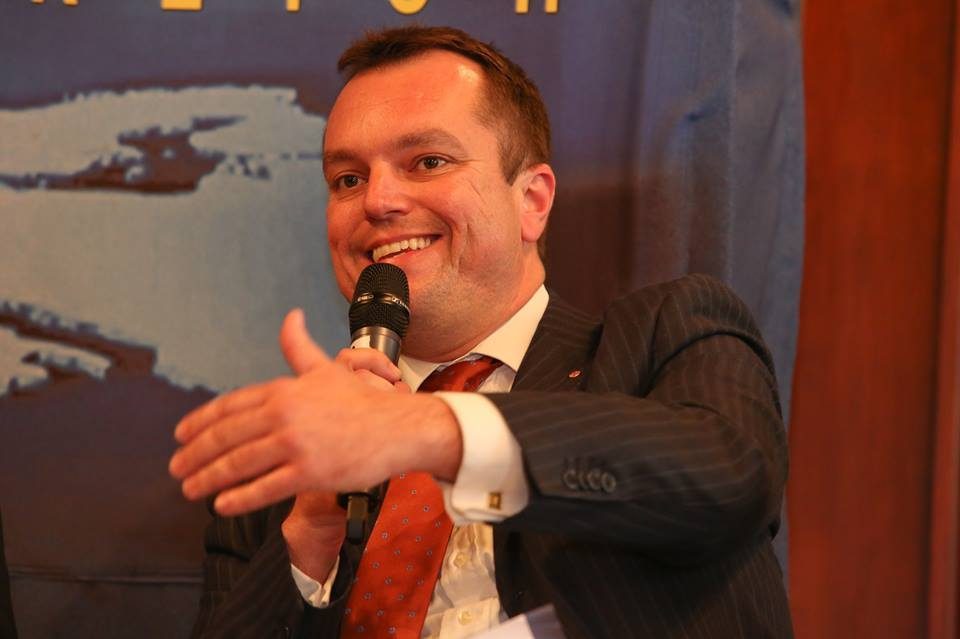 La Verità journalist Laris Gaiser, the man who published the tapes related to the “Racket” case, today in an interview with Italian Radio Capodistria made an analysis of the events and reactions of the general and political public in Macedonia, as well as foreign embassies and the EU after revealing details of the affair.

Gаiser referred to the statements of EU Commissioner Johannes Hahn, who asked for clarification of the case, but also the statement of the US Ambassador to Skopje, Kate Byrnes, who said that these are serious charges that require a serious response, and that it is time for the country to show commitment adherence to the rule of law.

Zaev is part of the problem and cannot represent the state in front of international factors, Gaiser said.

Gaiser says that the fact that Sweden refused to extradite a Macedonian national, arrested in Sweden upon an Interpol arrest warrant for involvement in the April 24 events, arguing that there is no fair and legally established procedure in this case, indicates that Macedonia has a politicized judiciary.

Geiser also referred to Serbian President Aleksandar Vucic’s statement, in which he urged Zaev to step down as prime minister.

Only Federica Mogherini, who backed Katica Janeva, and Prime Minister Zoran Zaev remain silent on the situation, concludes Gaiser, assessing that some international officials turn a blind eye to corruption in Macedonia.

In an interview with Capodistria, Gaiser also spoke of President Stevo Pendarovski’s address, which he assessed as positive, though, as he said, at first he feared he might take a political side.

In the interview, Gaiser denied public speculation of being an extended arm of Orban and Salvini, stressing that he only brought to light the facts he came to after years of work.

I am sure that Zaev’s career is alomost over, says Gaiser, expressing his expectation that the parliament and the president of the country will come around and dismiss the prime minister.