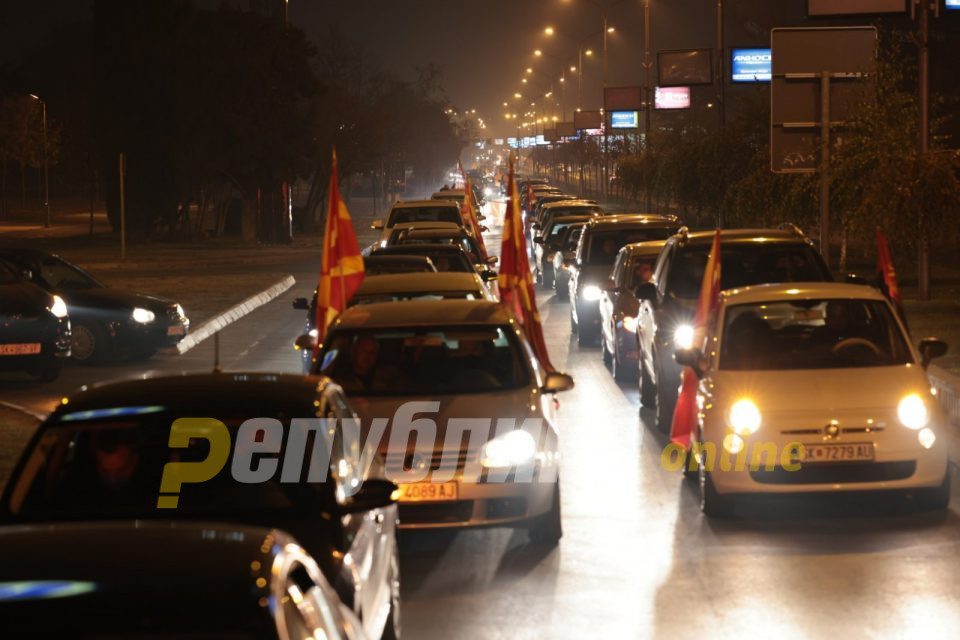 Over a thousand vehicles joined the mass protest call for by the opposition VMRO-DPMNE party, after the scandalous capitulation on all national and historic issues by Zoran Zaev to Bulgaria.

Protesters gathered at the Boris Trajkovski sports hall in Skopje and drove down Ilinden boulevard to the Government building. A large gathering is still on-going there, with many joining along the way with their cars, or coming on foot. 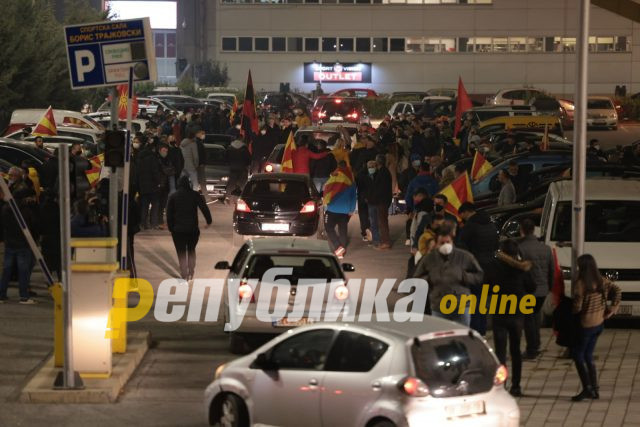 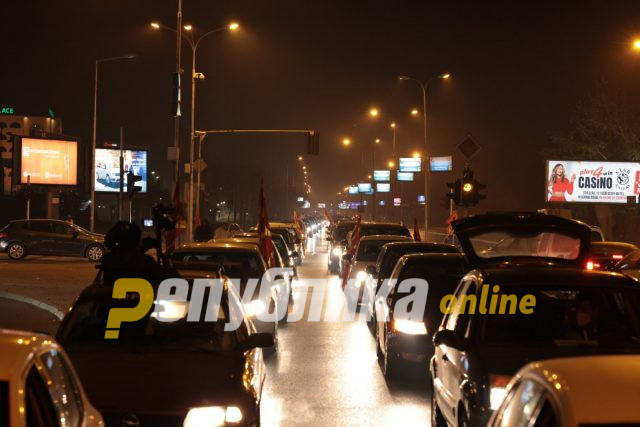 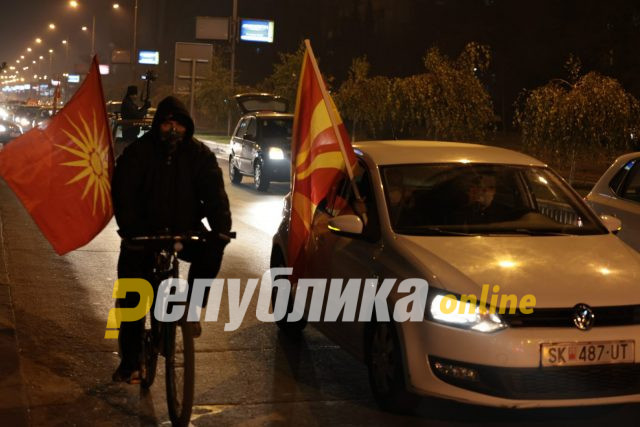 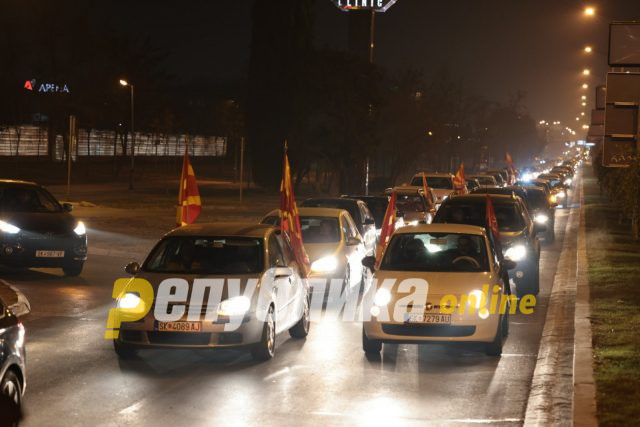 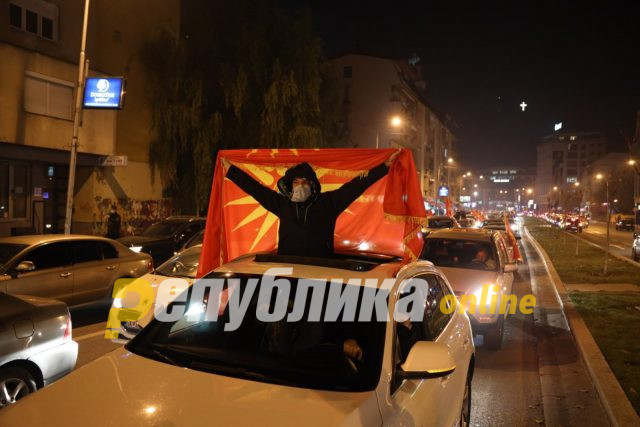 VMRO-DPMNE called on all citizens, regardless of their politics, ethnic or religious affiliation, to join the protest after Zaev, in an interview with the Bulgarian BGNES news agency, gave up on the unique Macedonian nationhood and on the anti-fascist character of the Macedonian partisan struggle in World War Two.

“Zaev GO”, “It’s either Zaev or Macedonia” and the WW2 slogan “Death to fascism – freedom to the people” were some of the signs protesters carried on their cars as they drove and honked their anger at the Government. 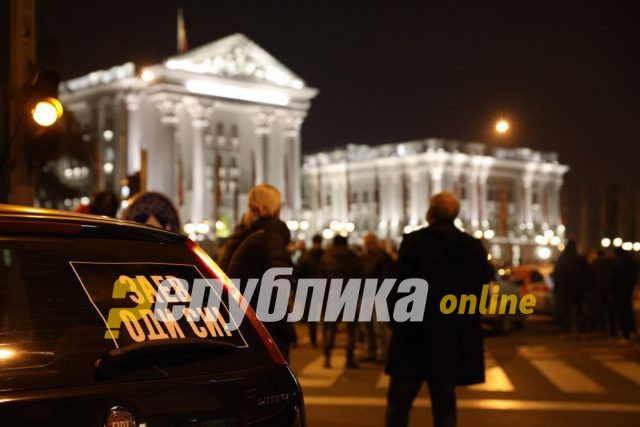 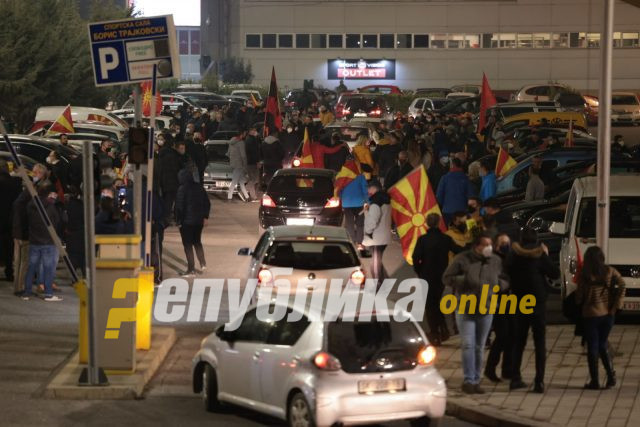 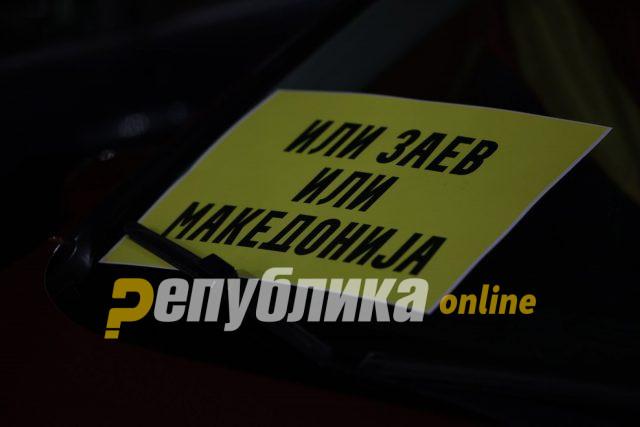 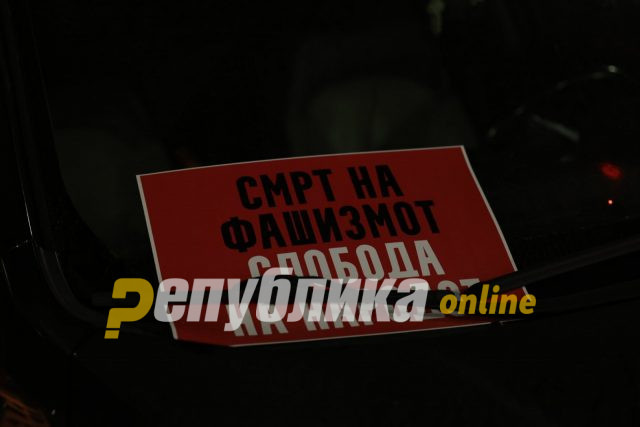 Another round of protests is planned for tomorrow, in several cities across Macedonia. Zaev is facing protests not only from the right, but also within his own party, where former party leader Branko Crvenkovski and a number of former top officials called for his ouster. 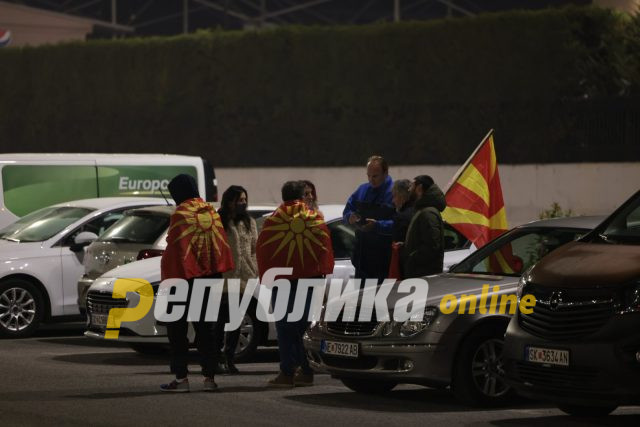 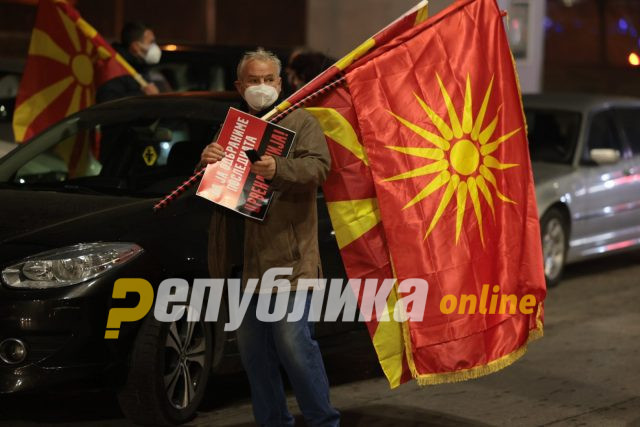 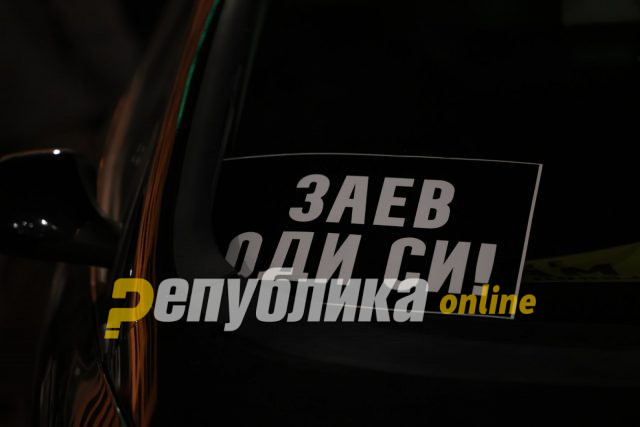 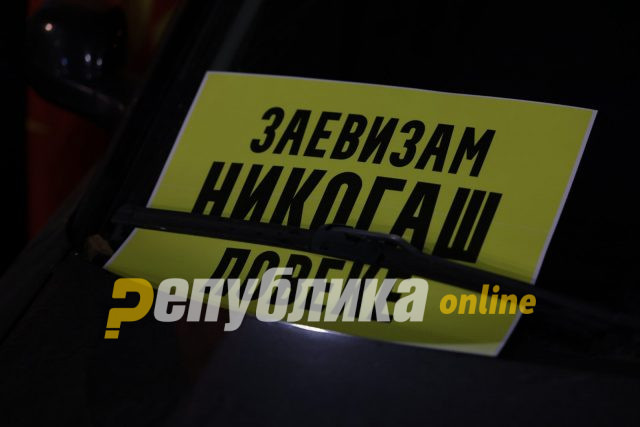