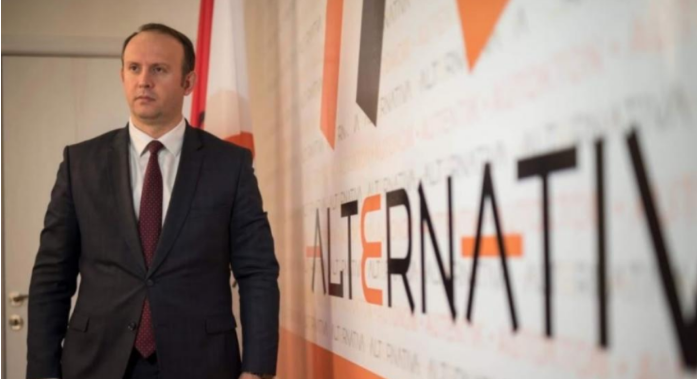 Political alliances in Macedonia were briefly thrown into a spin after VMRO-DPMNE leader Hristijan Mickoski raised the possibility of appointing Alternative party leader Afrim Gashi as the leader of the interim Government ahead of the next elections.

Gashi is oscillating between the SDSM – DUI and VMRO-DPMNE – Alliance of Albanians camps. He promised to support the next SDSM – DUI led Government in exchange for huge concessions that include giving him the Healthcare Ministry. But today, when asked about the possibility of having an ethnic Albanian Prime Minister, Mickoski dropped Gashi’s name. VMRO-DPMNE wants a technical Government to be formed in February and early elections to take place in May, which would have Gashi as Prime Minister three months.

The proposal was quickly accepted by the Alliance of Albanians, which had a coalition agreement with Gashi during the local elections, and is still trying to keep him on the side of the opposition.

Gashi’s party issued a statement saying that they have entered into a moving process (coalition with SDSM) and that “at the moment we have no reason to change our agenda”. This indicates that the party will lend its four seats in Parliament to SDSM and DUI, when they nominate the next Government, in which SDSM wants to have its new leader Dimitar Kovacevski as Prime Minister.

Mickoski: Our offer to name an ethnic Albanian as Prime Minister revealed the dishonesty of SDSM and DUI