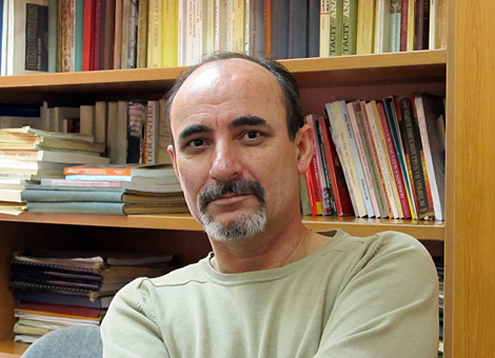 History professor Vanco Georgiev, who is part of the joint committee with Bulgaria, qualified the approach from the Bulgarian members as threats and said that they were raising issues since last year. According to Georgiev, Bulgarian members of the committee want to declare 1944 as the year when the Macedonian nation was first formed.

No nation exists without a process, the nations are constructs and they go through stages of development. And yet, since our first meetings ,we had these indecent threats, that Goce Delcev is a Bulgarian and if we don’t accept that, we will be vetoed. Their proposal doesn’t state that Goce Delcev is a Bulgarian, but indirectly it is said that he comes from a Bulgarian family, went to a Bulgarian school.. The final meeting was more tense. I don’t think we will be able to stick to our program, some of them want radicalization, others want to stage a walk out and some want a veto, Georgiev said.

Bulgaria conditions its support for Macedonia’s EU and NATO accession with the work of the committee, which is supposed to establish a shared historic narrative.

Georgiev adds that he sees the political fights that erupted in Bulgaria as a smoke-screen. Bulgarian conservatives seized on a proposal to jointly celebrate the 1946 date when Goce Delcev’s body was brought to Skopje and interred in the St. Spas church as an insult from the Macedonian side. But their vitriol is largely aimed at the Bulgarian left, given that the decision to bring the body to Skopje was made by the then Bulgarian Communist Party.

Their goal is to scandalize other fundamental issues, such as the Ilinden Uprising, other revolutionaries and work their way up to 1944. This is where they draw the line, as if we exist starting in 1944, and before that nothing exists, Georgiev said.

Bulgarian nationalists insist that the Macedonian nation was made up in Yugoslav times, starting in 1944, and that before, the Macedonians were in fact Bulgarians.