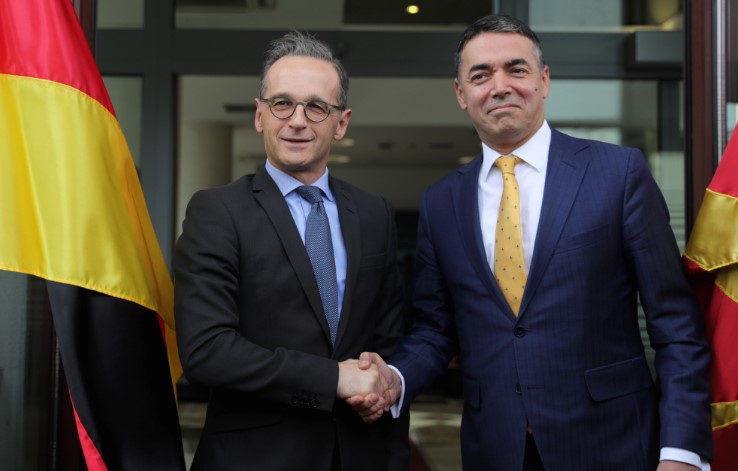 The federal Government and I personally as the Minister, will strongly support the opening of accession talks with “North” Macedonia at the European Council. You can rely on Germany, Maas said in Skopje, after meeting with Foreign Minister Nikola Dimitrov.

We are prepared to talk about reforms to the process, but we don’t want that to be a pre-condition to before opening the accession talks. We believe that the procedure with “North” Macedonia is so well advanced that we can now finally make a decision to open the accession talks, Maas added.