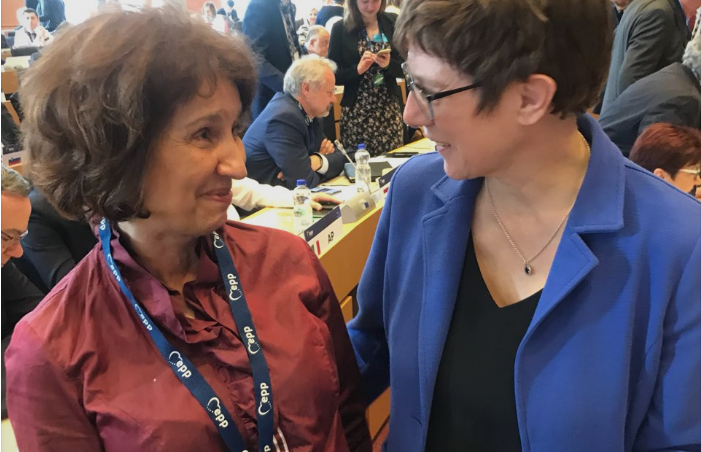 During his visit to the political party of the European People’s Party in Brussels, VMRO DPMNE leader Hristijan Mickoski met Wednesday with the leader of the ruling German CDU party, Kramp Karrenbauer. 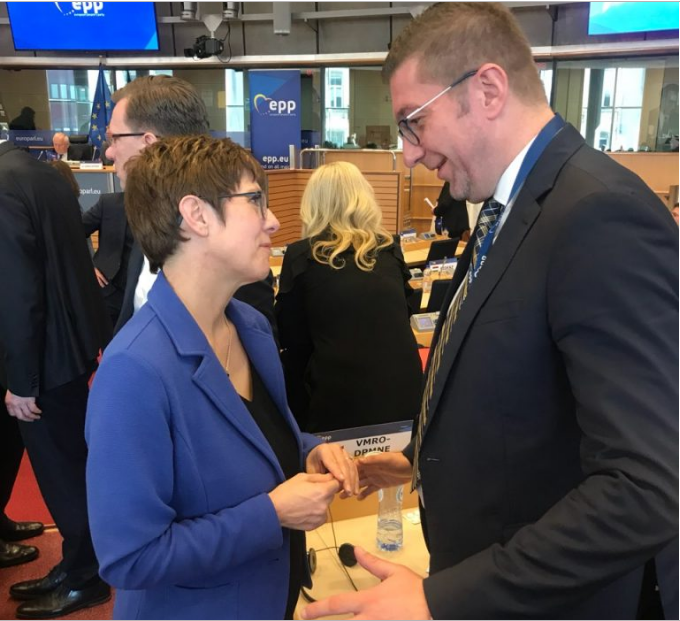 During the meeting, Mickoski briefed her on the current political situation in the country and discussed the current situation within the EPP. Karrenbauer stressed that she supports VMRO-DPMNE and the realization of strategic interests and wished success in the upcoming elections. 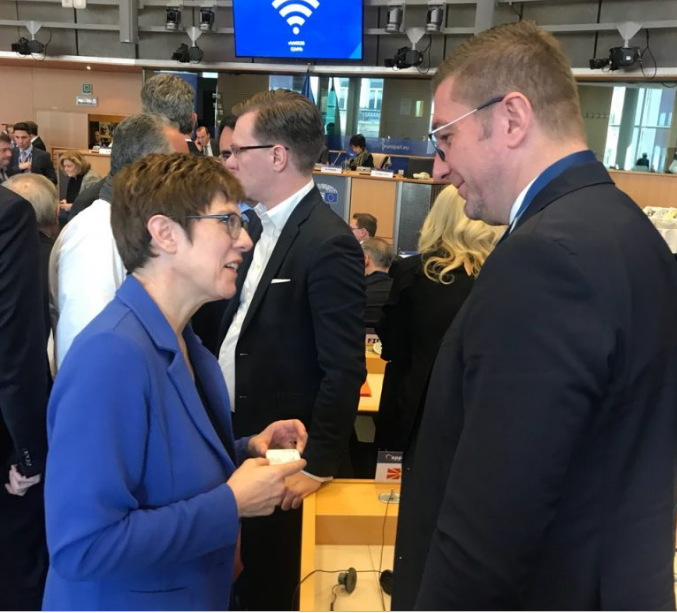 The CDU leader also expressed her support for Gordana Siljanovska Davkova. They exchanged views on the role of women in politics. Kramp Karrenbauer gave full support to Siljanoska Davkova for winning the upcoming elections.

I support women in politics and I hope for their success. I hope you will become the first female president of your country and win the election, said Kramp Karrenbauer. 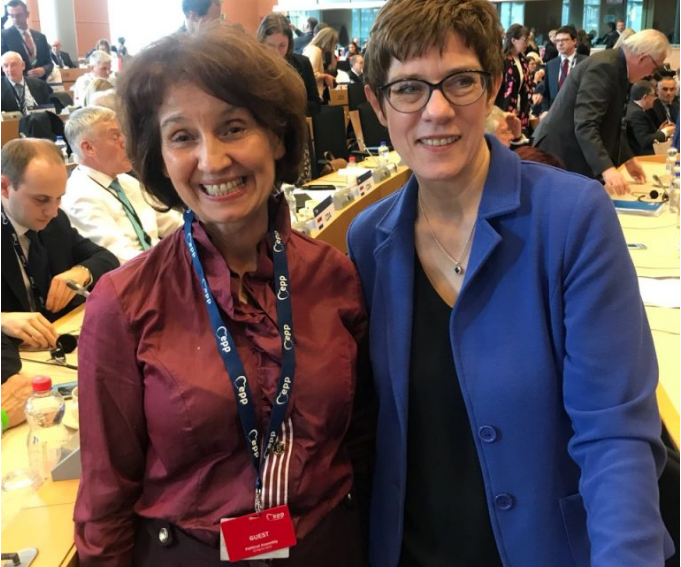