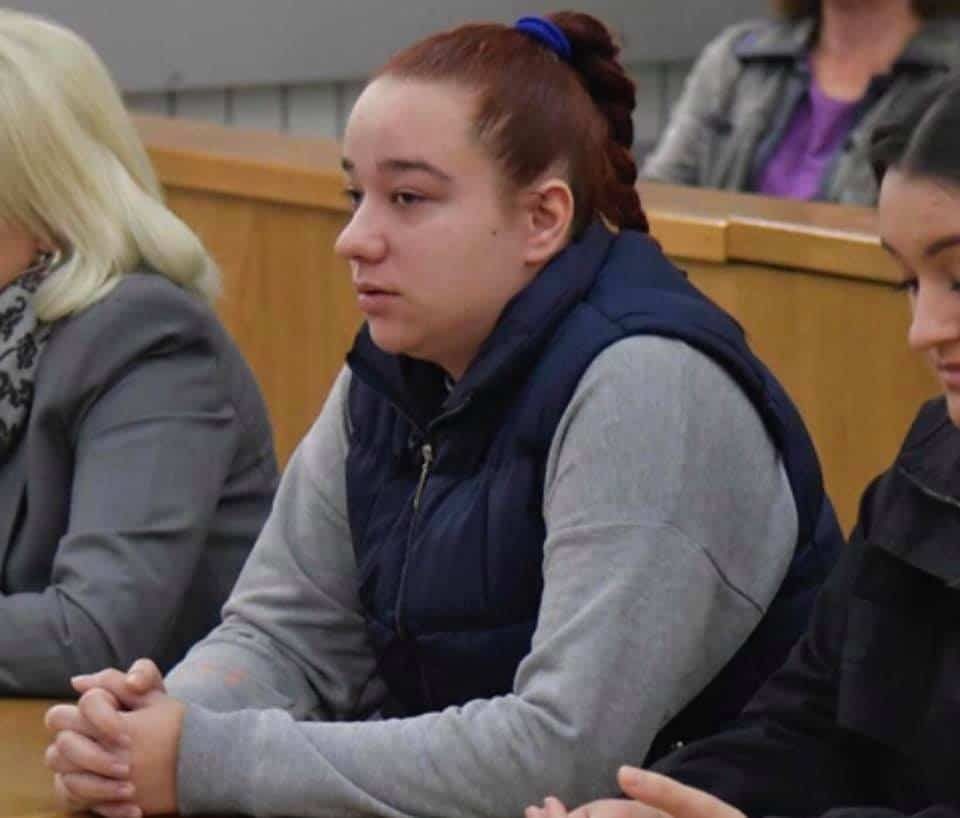 Angela Georgievska (22), who is on trial for her role in the murder of 26 year old Pino Secondo in Skopje, declared herself not guilty and said that she feels no remorse since she was not involved in the case.

Georgievska is suspected of inspiring the murder, as part of a love triangle with Secondo and Ali Furkan. Furkan killed Secondo in December 2018, and later he and Georgievska allegedly buried his body in the mountains north of the city. Furkan fled the country while the months long search for Secondo initiated by his mother Maja Trpkovska was still going on.

She is looking at me like I’m the villain here, Trpkovska objected at one point during the trial, to which Georgievska replied “can’t I even look now?”

Trpkovska testified today, detailing how she was calling Georgievska to ask her where Pion was on the night of the murder, and how she confirmed she is with him but has left. Trpkovska accused Georgievska of only being with her son for his money, as he was working on major infrastructure projects, and insisted that Georgievska was involved in the hiding on the body directly.

Murder or self defense? – Prosecutors take Granpa Ljube before the Appeals Court