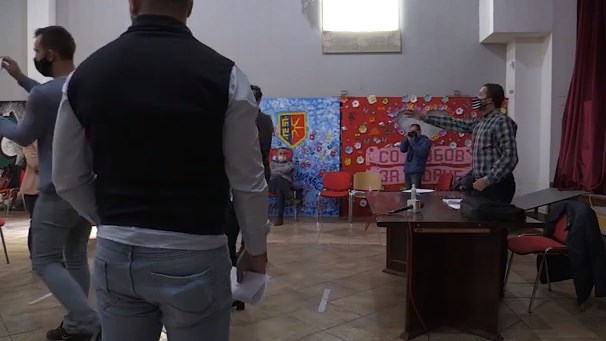 An SDSM party member of the Gjorce Petrov municipal council has been attending meetings to help the party maintain the quorum despite the fat that he has Covid-19 symptoms.

VMRO-DPMNE member of the council Marija Andonovska raised alarm about her colleague Vlatko Cvetkovski from SDSM, saying that he is endangering the entire council with his actions.

SDSM has a narrow majority in the council which is currently pressured to approve a major new development plan, which VMRO says is meant to enrich politically linked businessmen. The plan calls for a bloc with buildings as high as 60 meters, that would house 3,000 new inhabitants.