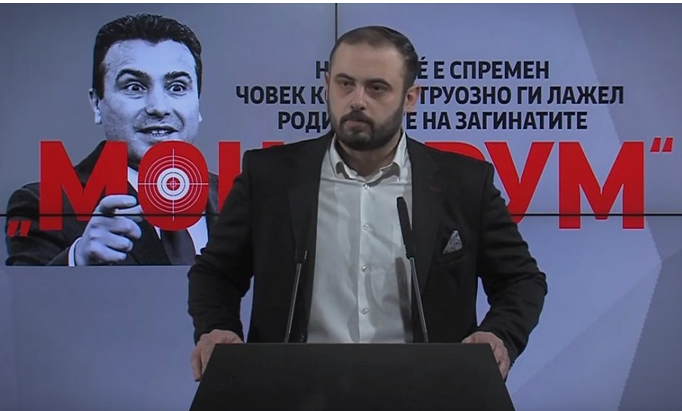 Zoran Zaev monstrously abused the massacre at Smilkovsko Lake for political purposes from 2015 onward. When he dared to lie, manipulate and play with the destinies of the families of those killed, but also of the entire Macedonian public, you can imagine what Zoran Zaev is capable to do, what he has done and is still doing, Orce Gjorgjievski from VMRO-DPMNE pointed out at a press conference on Friday.

He lied viciously, spreading tendentious lies, slander with the intent to defame a political opponent, but also to direct the investigation and trial in the wrong direction. It is a crime and Zoran Zaev must be held accountable for that. But the worst of all is that he manipulated the parents of the murdered children with his lies, abusing this tragic fate, he said.

He adds that even in 2018, he lied, telling the parents that the killers used a MoI vehicle, implying that the police had committed this heinous act.