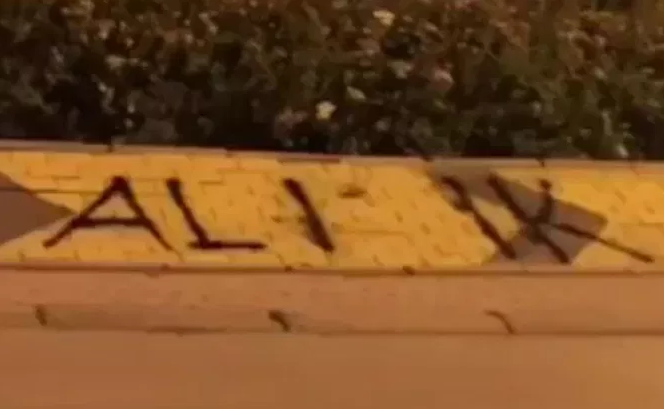 Graffiti calling on Ali Ahmeti and his DUI party to leave power have appeared all across Tetovo, the city where DUI is centered. The most frequent message is Ali – ik, or Ali – go! DUI has been in power almost non-stop since 2002, when it transformed from the guerrilla movement that started the 2001 war into a political party.

The messages spray painted in the city describe Ahmeti and his top associates as collaborators of UDBA, the notorious Communist era Yugoslav secret police. This claim, that Ahmeti was informing on fellow Albanian nationalists to UDBA, has appeared frequently in the past, with UDBA files being circulated online. Albanian media outlets have accused intelligence office Erold Musliu of spreading these files, and these allegations have resurfaced after Musliu was appointed head of the Intelligence Agency by President Pendarovski.

A Chicago based man from Musliu’s village who goes by the name of El Cheka has been publishing wiretaps of conversations Ahmeti and other DUI officials had among themselves for the past several weeks, and the conversations appear to contain indications of crimes and abuse of office by DUI.