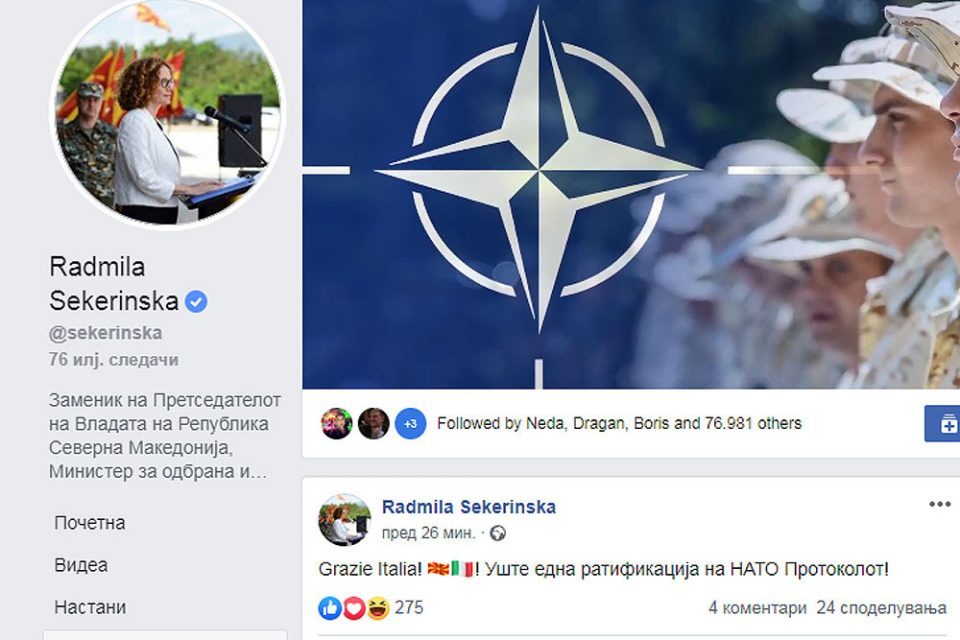 The Italian lower house Chamber of Deputies approved the protocol, but its ratification in the Senate was postponed due to the political crisis, which was resolved by the formation of a new Italian government.

Defense Minister Radmila Sekerinska expressed her gratitude for the ratification on Facebook.

Thanks Italy! Another ratification of the NATO accession protocol,Sekerinska wrote on Facebook.

So far, 23 out of 29 member states have ratified Macedonia’s NATO accession protocol.