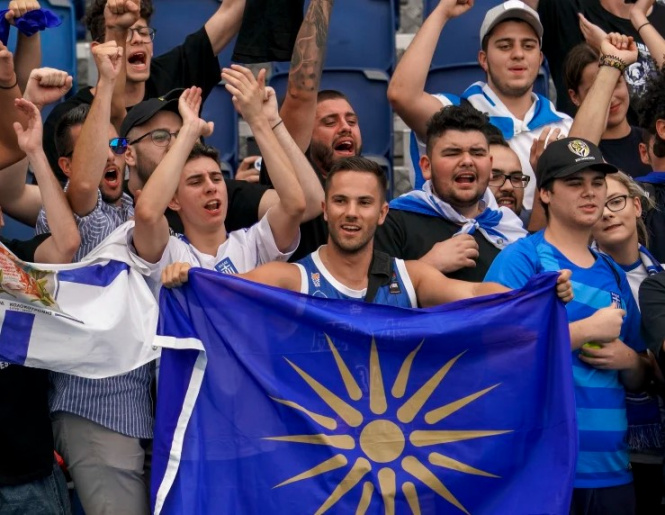 A group of about 20 Greek fans went to Melbourne Park to cheer on Greece’s Maria Sakkari’s match against Japanese player Nao Hibino but they were evicted for nationalist chanting against Macedonia.

The fans sang chants typical for football matches, and there were nationalist chants with political connotations against Macedonia that are not allowed at the Grand Slam tournaments, and they also waved a flag with the Vergina Sun.

Although hey had received numerous warnings about their inappropriate behavior during the match from the match referee, they refused to comply, so the security and the police asked them to leave the tournament.

The @mariasakkari fan squad is out in force 🙌🙌