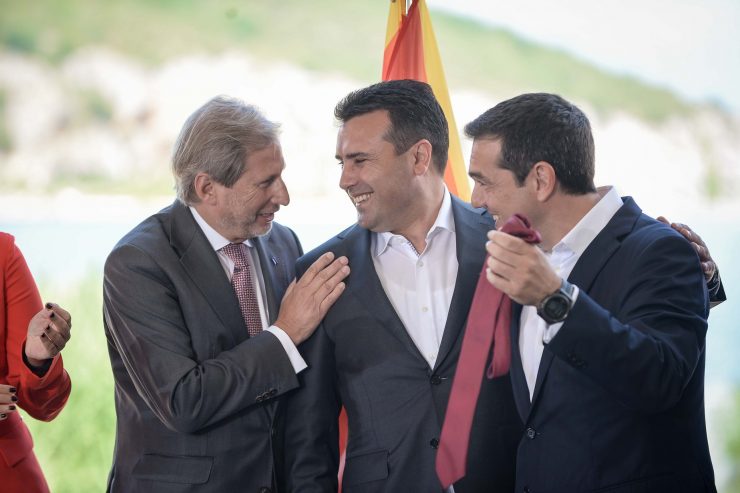 Greek daily Kathimerini quotes pro-Zaev commentators from Macedonia who believe that, even with the likely return to power of the Greek conservative New Democracy party, the Prespa treaty will remain in force. The paper is visibly amused by the fact that, despite signing the treaty, Macedonia will again be denied in its request to open EU accession talks, but this time by countries other than Greece. France, the Netherlands, Denmark, and now even German politicians are raising objections to the opening of accession talks, while Greece, which blocked the previous eight recommendations, is now quietly supportive, in anticipation of the change of its Government.

We can expect some bilateral disagreements and obstacles but I do not think that our southern neighbor would behave in a radical way as to harm the process, former Macedonian Ambassador to NATO Nano Ruzin told Kathimerini. Ruzin is the father of one of Zaev’s diplomatic advisers.

The story of Zaev’s adviser gets weirder and weirder

The Greek paper, which is considered close to New Democracy, also quotes the likely next Greek Foreign Minister Georgios Koumoutsakos, who says that the next Government will work to reduce the damage caused by the Prespa treaty.

Speaking to Kathimerini, New Democracy’s shadow foreign minister Giorgos Koumoutsakos said that, if it becomes government, the conservative party will do everything in its power “to dampen the negative consequences of the deal” which he described as “damaging.”, the paper said.

Like New Democracy leader Kyriakos Mitsotakis, Koumoutsakos also reminded the public that Greece retains its veto powers courtesy of being a full member of the European Union.