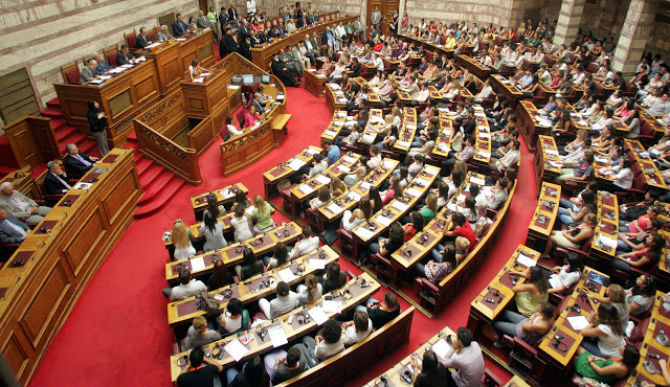 Greek Parliament is set to vote this afternoon on the proposal to open two new border crossings with Macedonia.

One will be near Prespa, a region which has long demanded better cross-border access. The other will connect the city of Kavadarci to Greece through the sparsely populated Mariovo region.
The Parliament is also supposed to vote on whether to elevate the level of the Greek liaison office in Macedonia to a full embassy, and the Bitola liaison office to a consulate.

Conservative opposition parties have indicated they will vote against, citing the short period of time left before the European elections and what they hope will be the start of the removal of the Tsipras Government. Giorgios Koumoutsakos from the New Democracy party said that the Tsipras Government is planning to further entangle the future conservative Government in its policies toward Macedonia. According to Koumoutsakos, it didn’t have to get to the Prespa treaty to open the new border crossings, since bilateral relations between the two countries were functioning normally anyway.