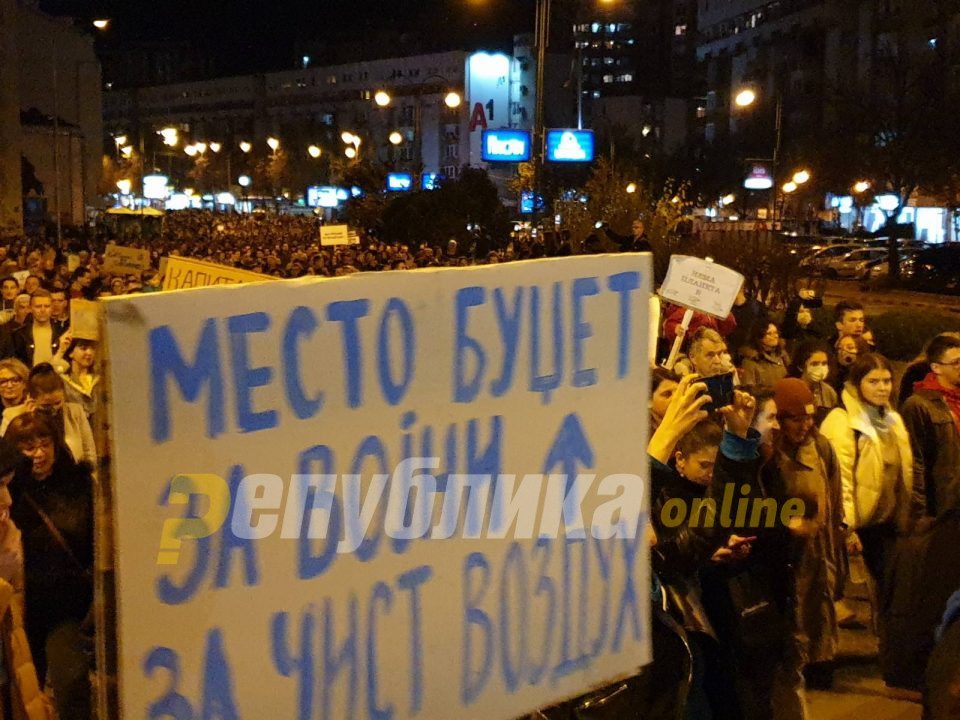 There is no need for meetings until we have evidence that the Government, the Prime Minister and the ministers and other authorities in the institutions seriously understand citizens’ concerns about air pollution, organizers of Friday’s march for Clean Air said in response to an invitation to meet with outgoing Prime Minister Zoran Zaev.

Shortly before Friday’s march, which we, 29 civic associations and organizations across the country, jointly organized and symbolically dubbed the “Green Revolution”, we received an invitation to a meeting with the Prime Minister, Zoran Zaev at the Government building, the organizers of the “Green Revolution” said.