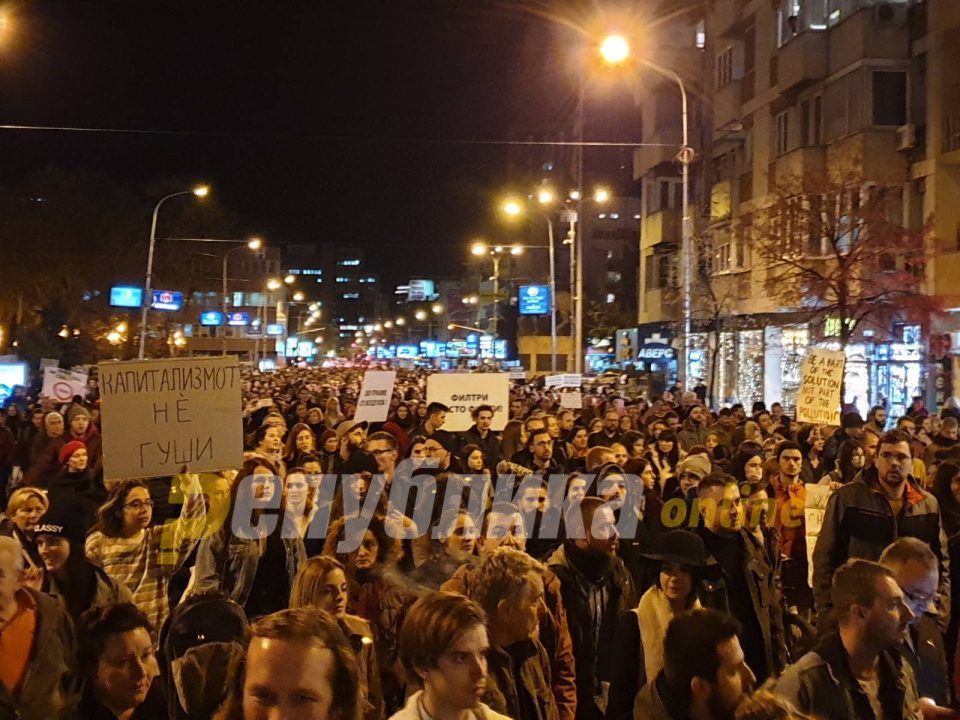 A huge number of citizens gathered Friday in front of the Ministry of Environment in protest against air pollution. They marched on the Parliament building and the Government building. 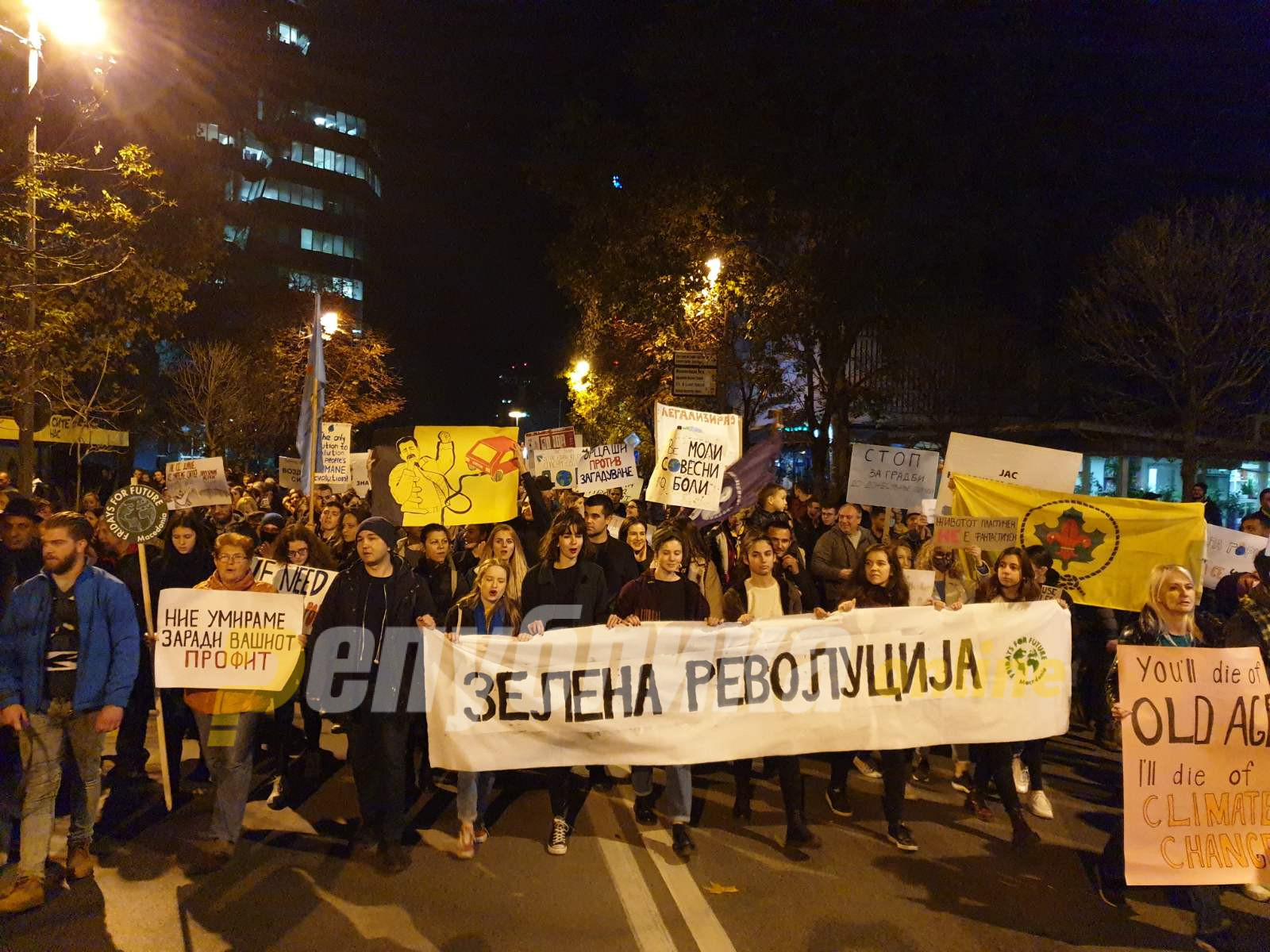 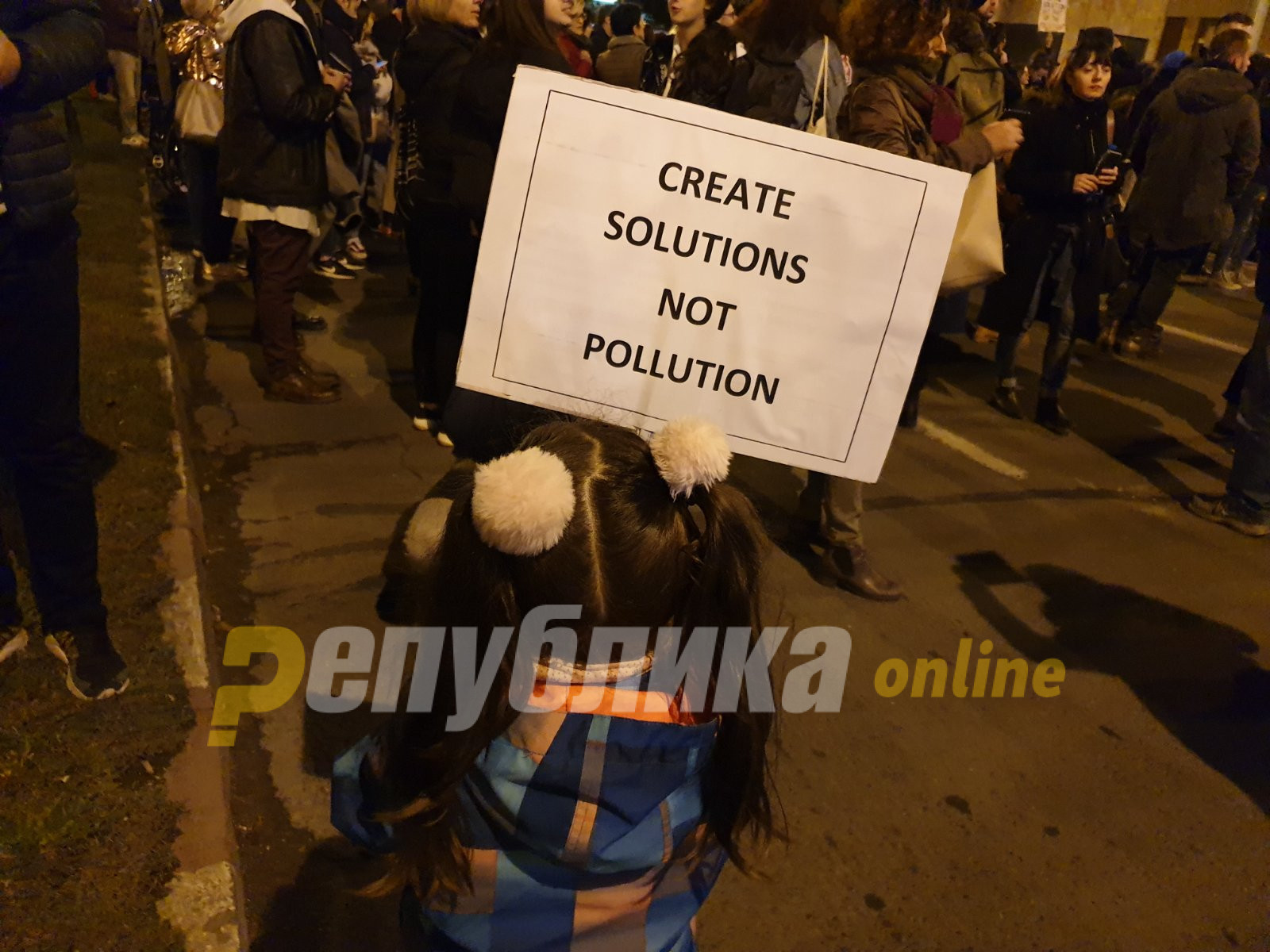 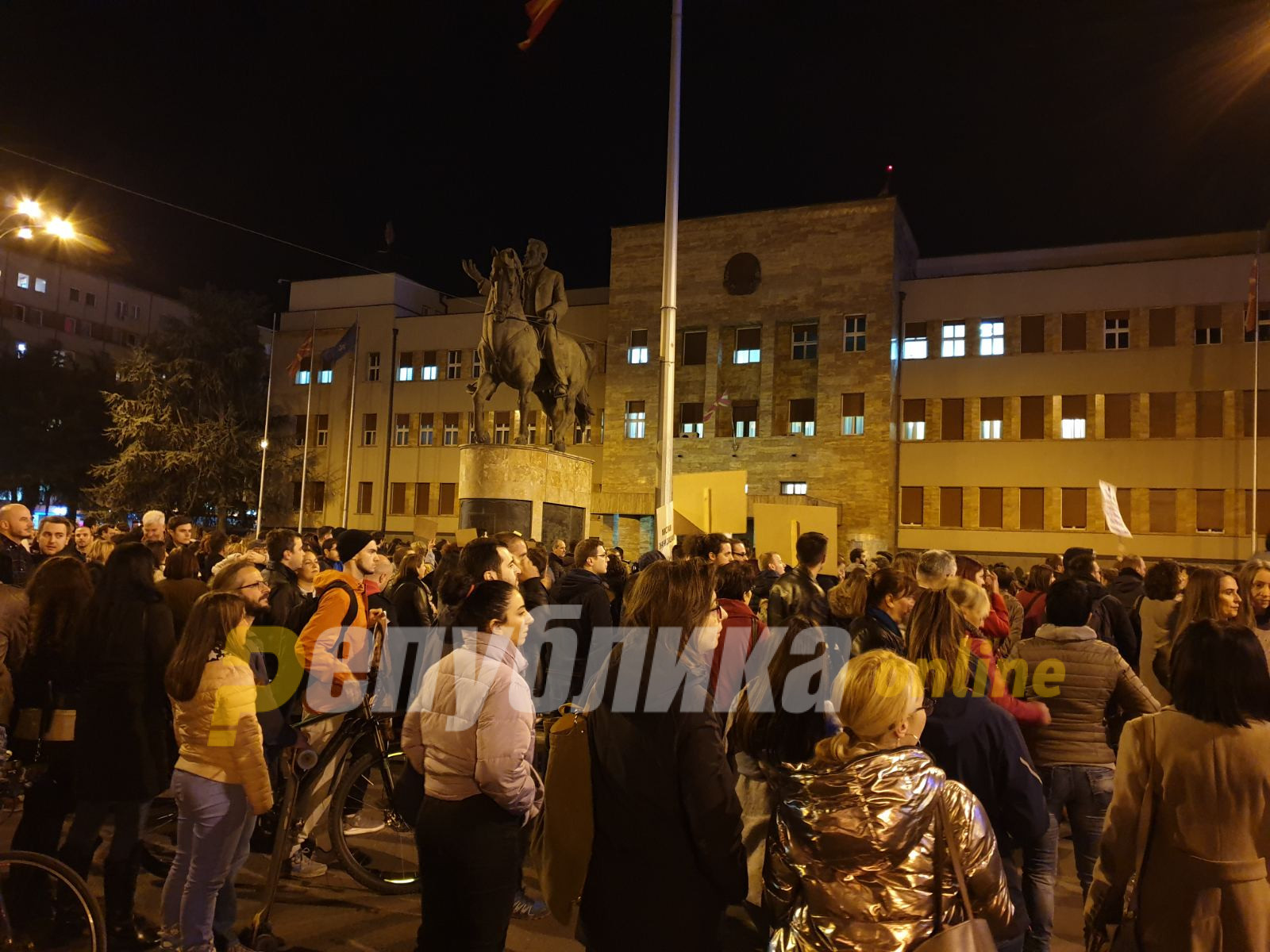 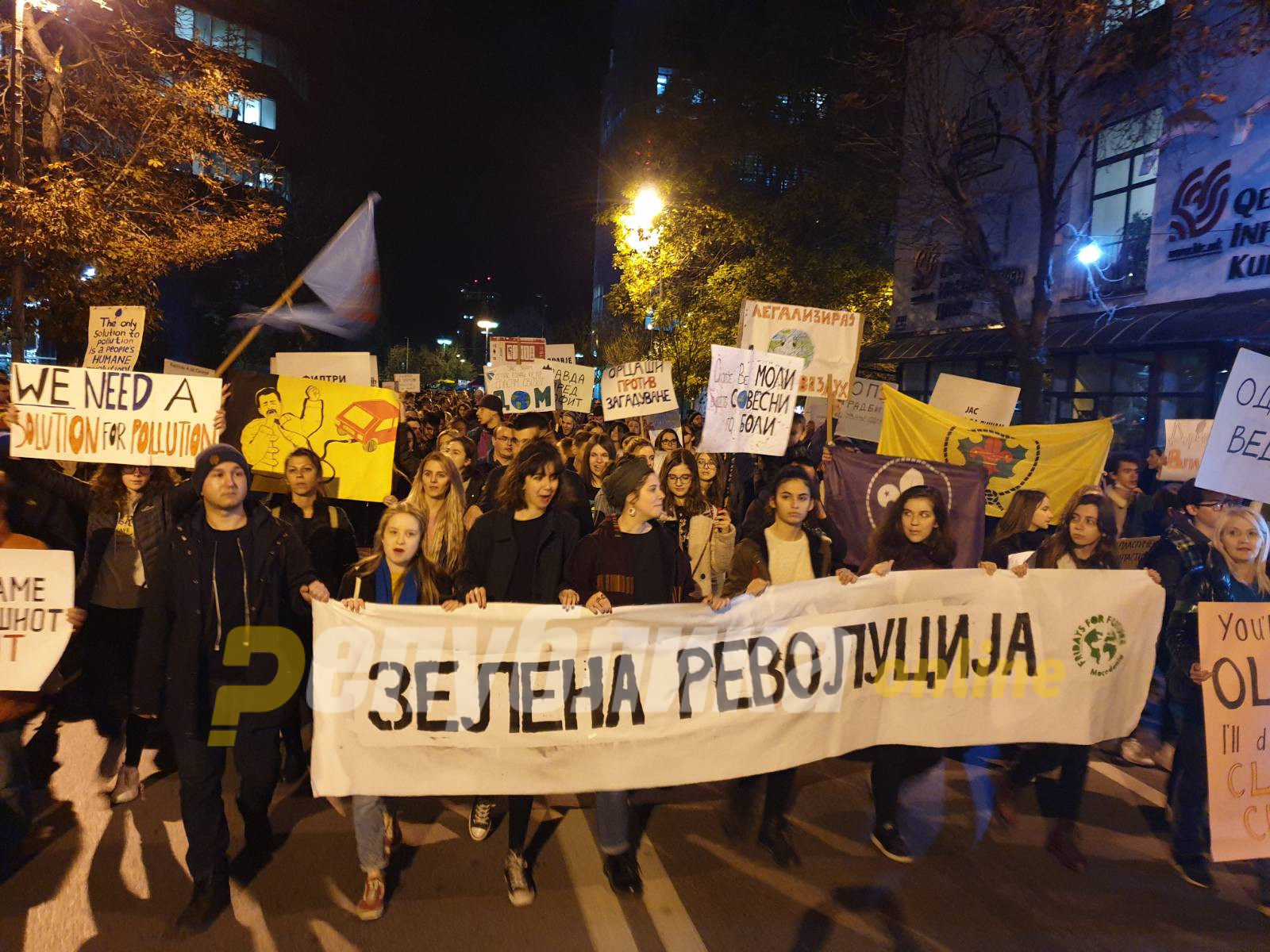 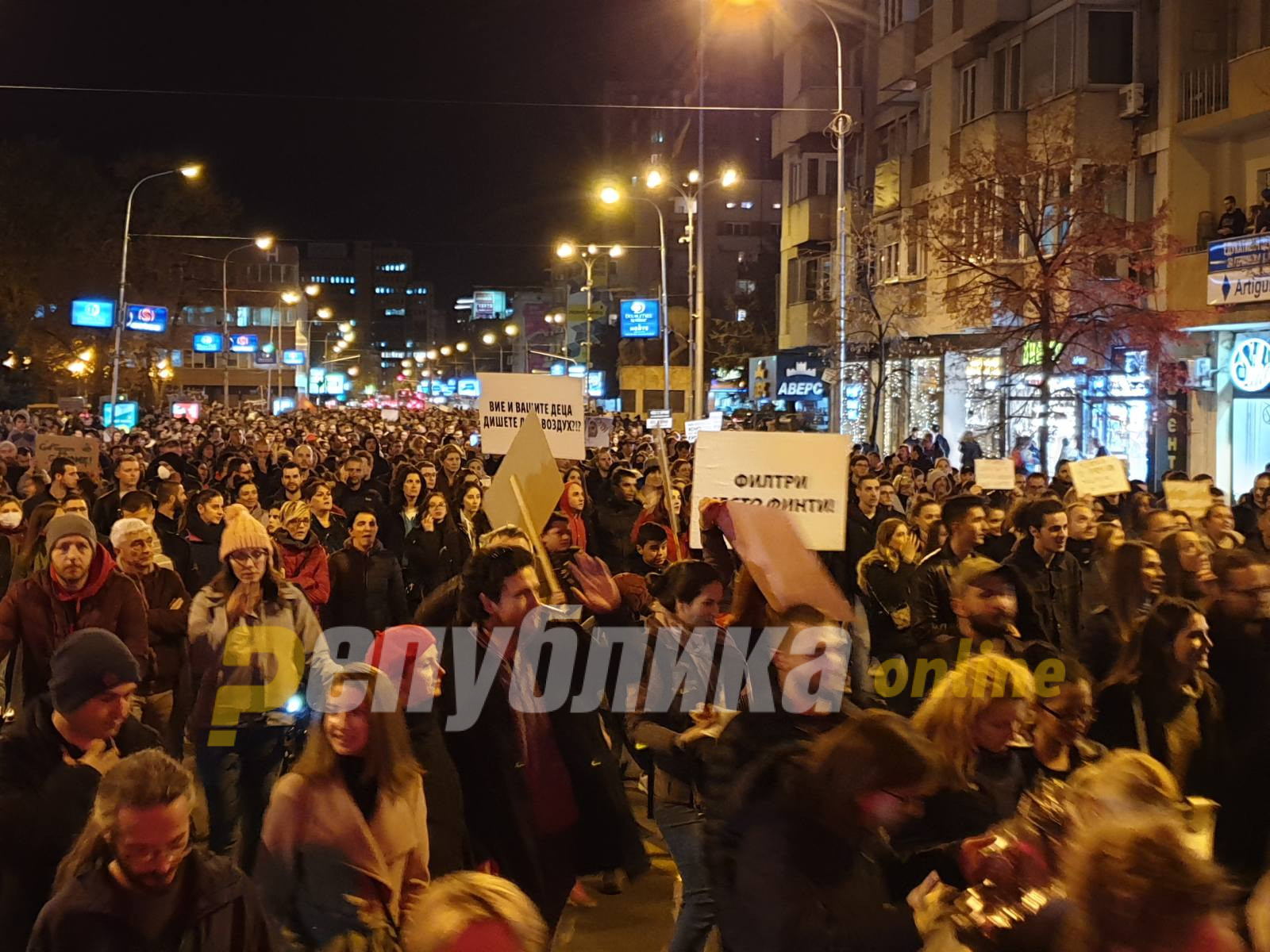 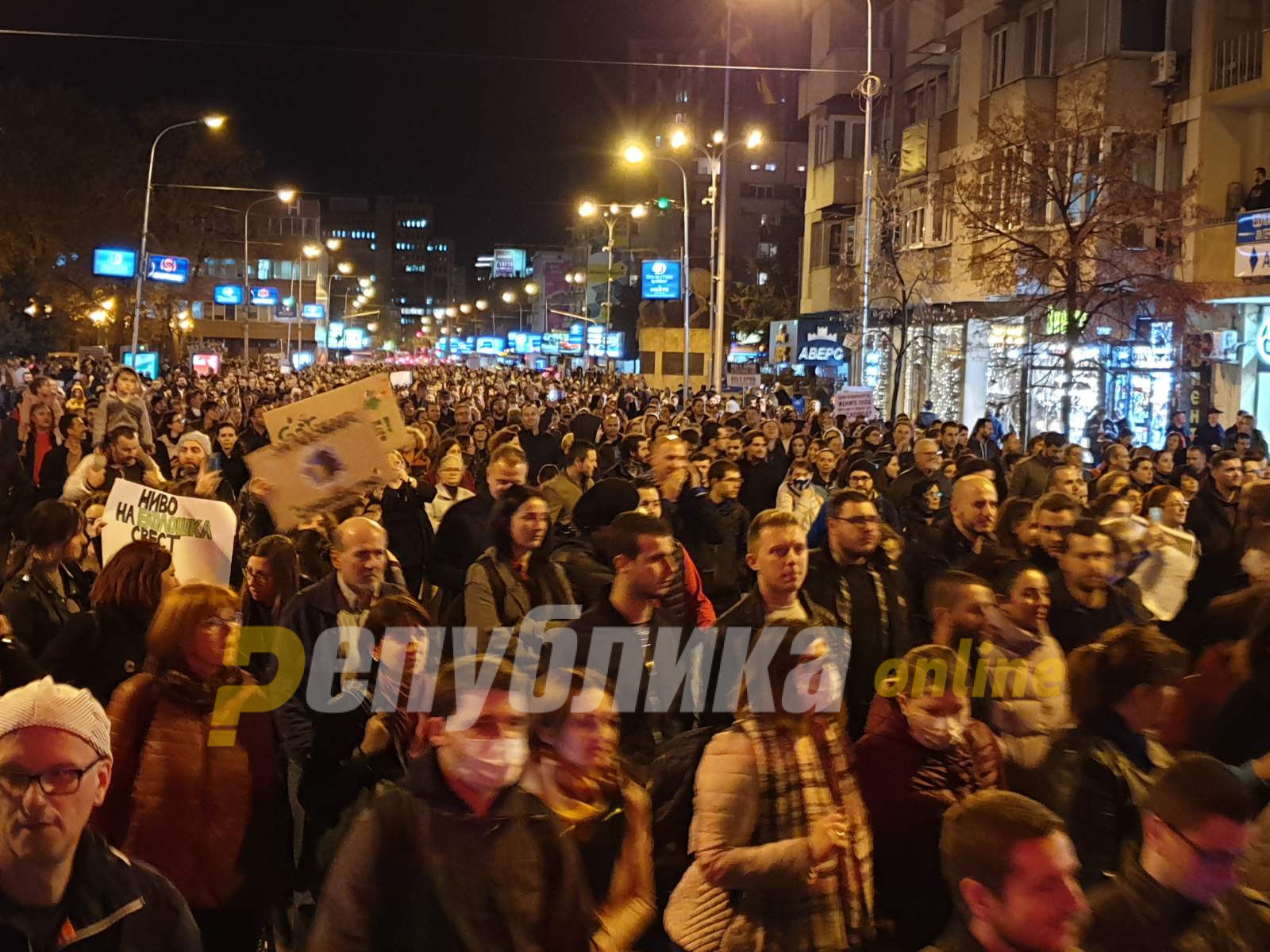 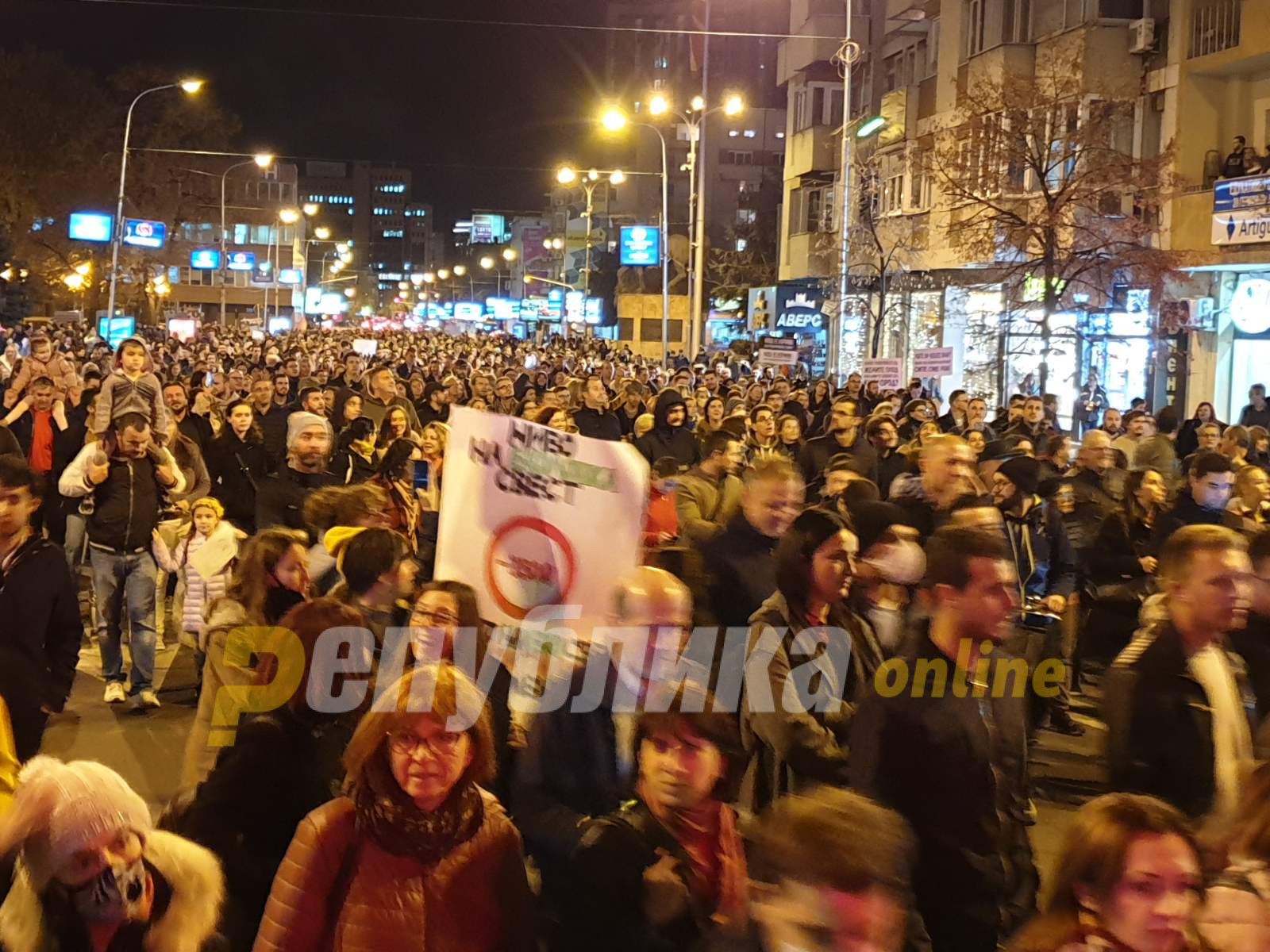 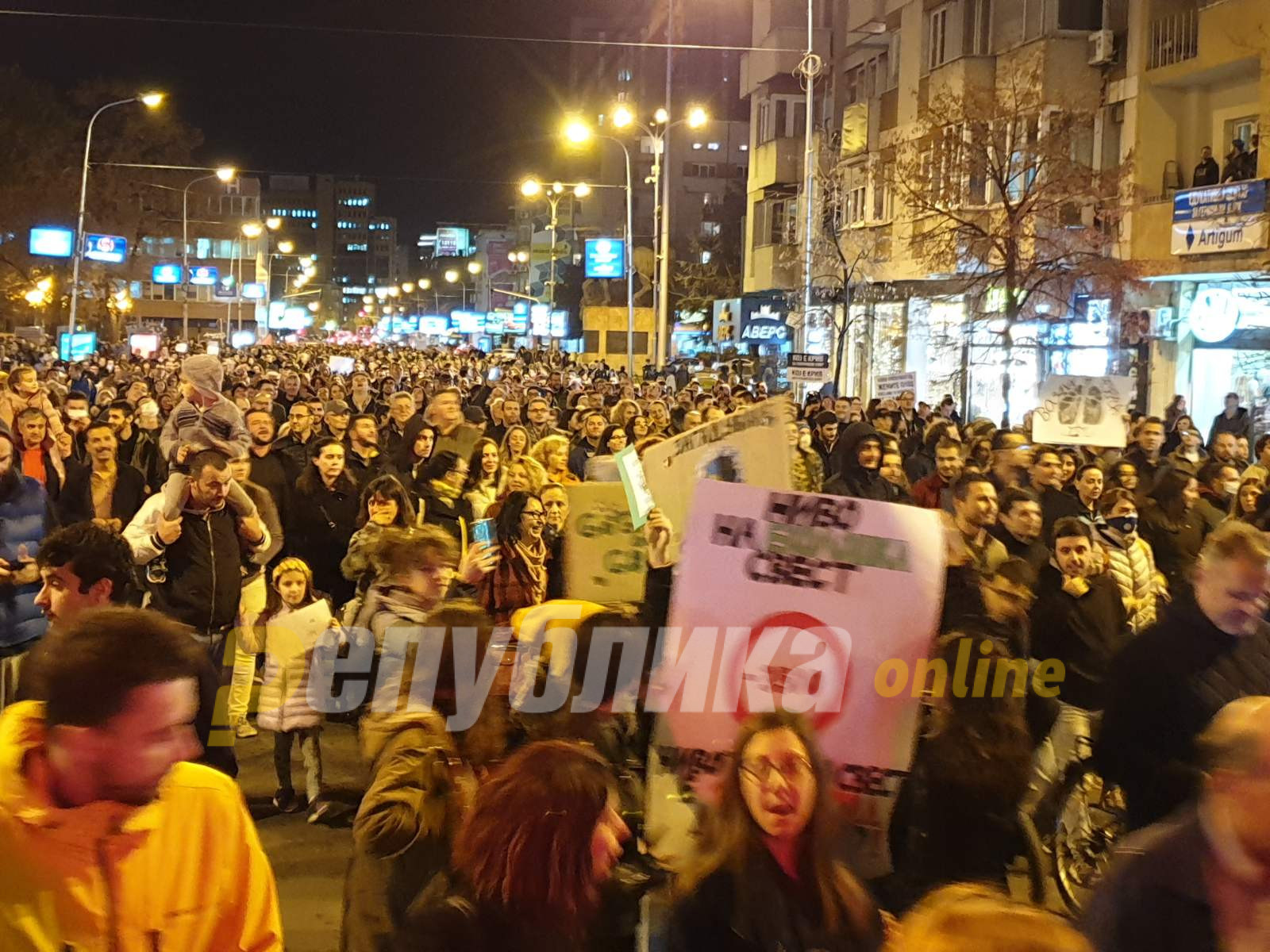 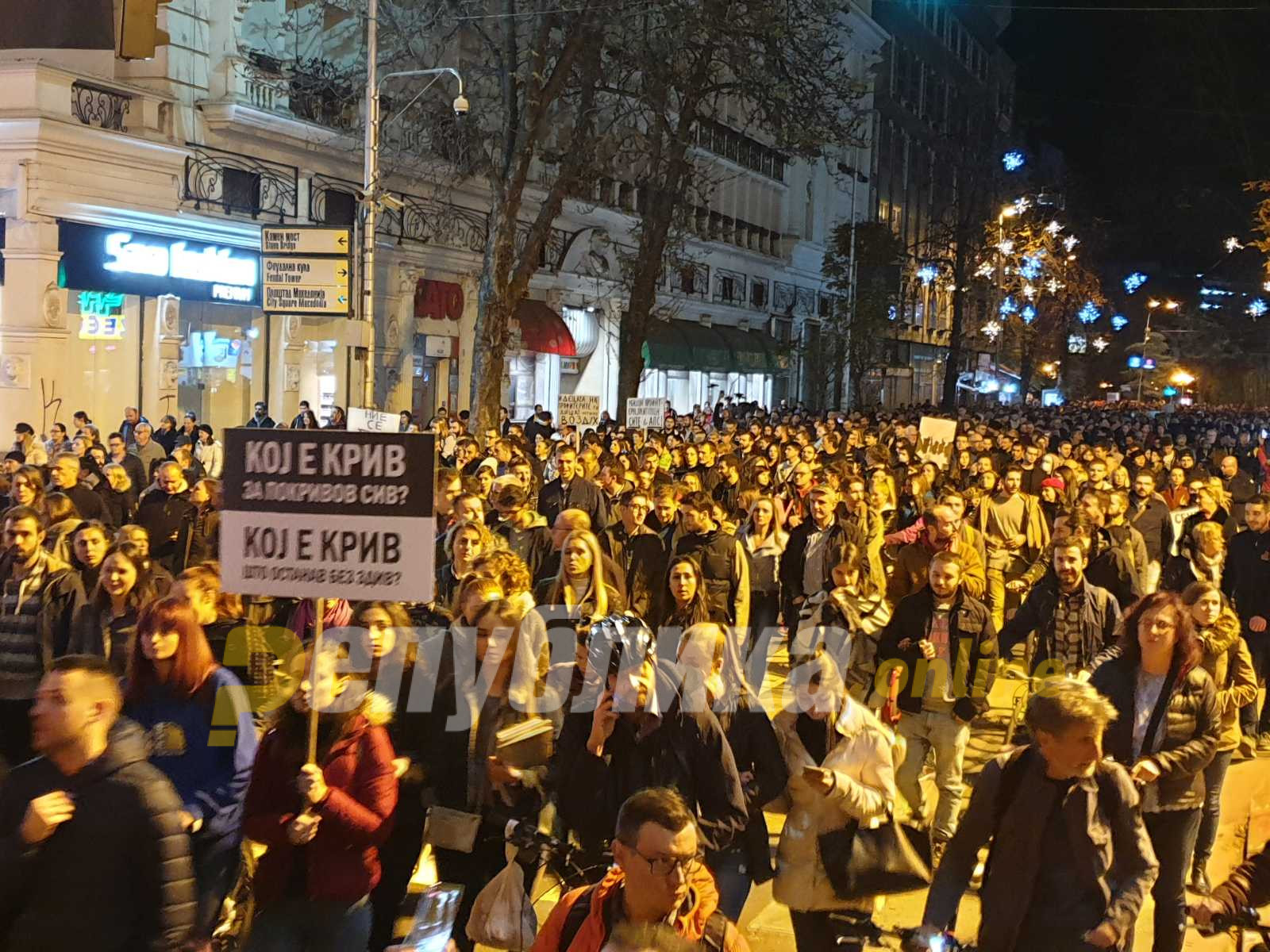 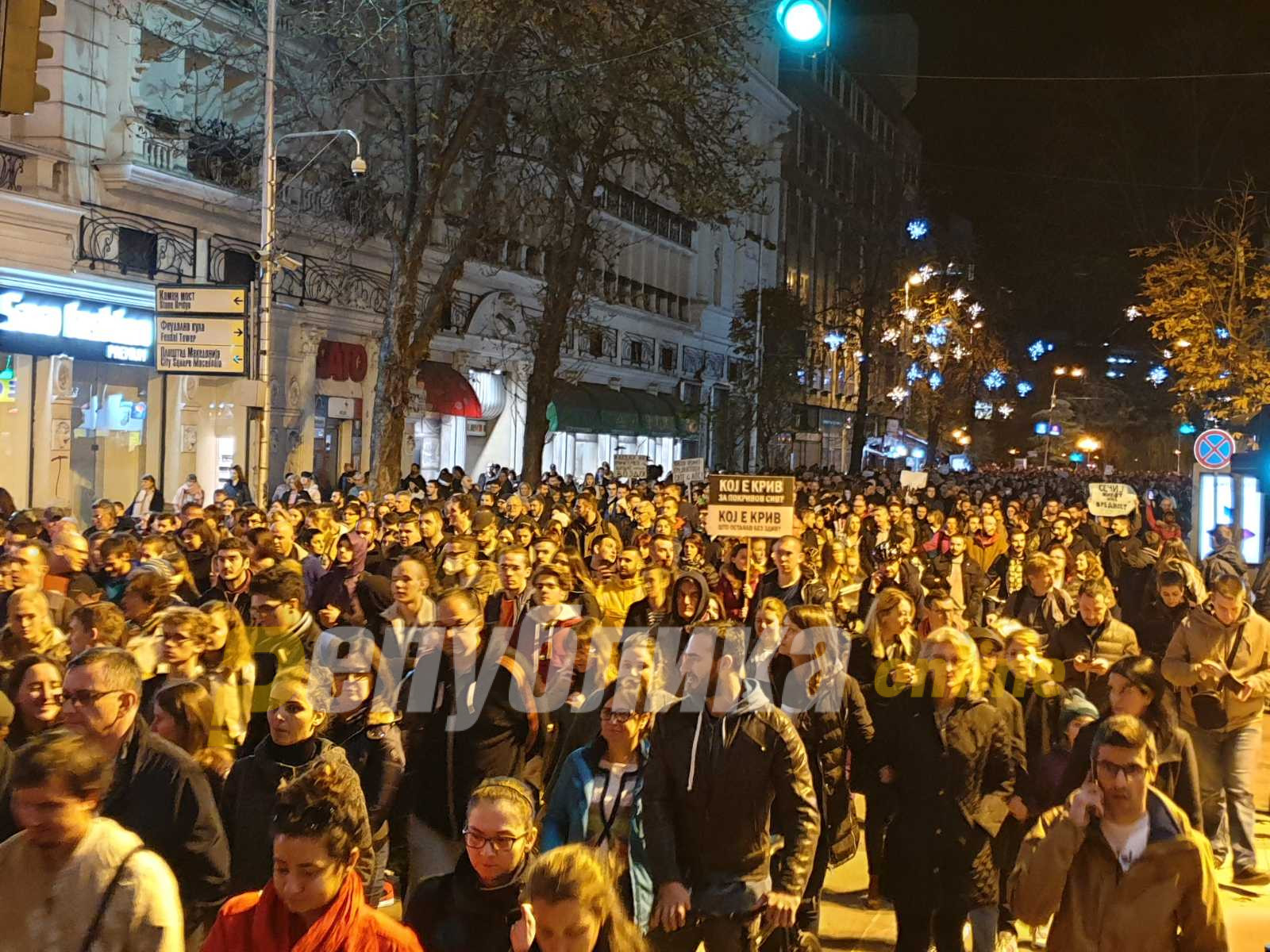 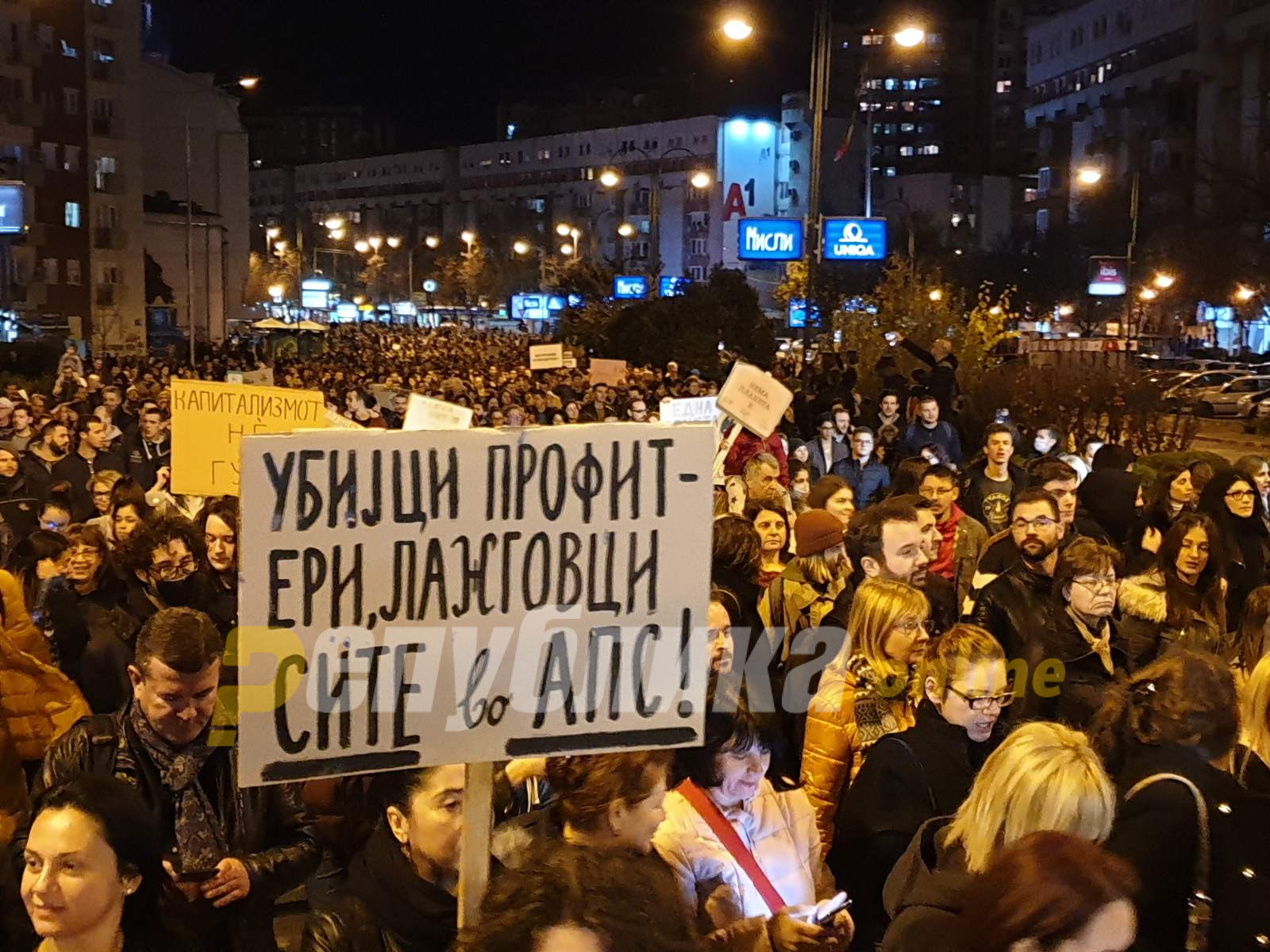 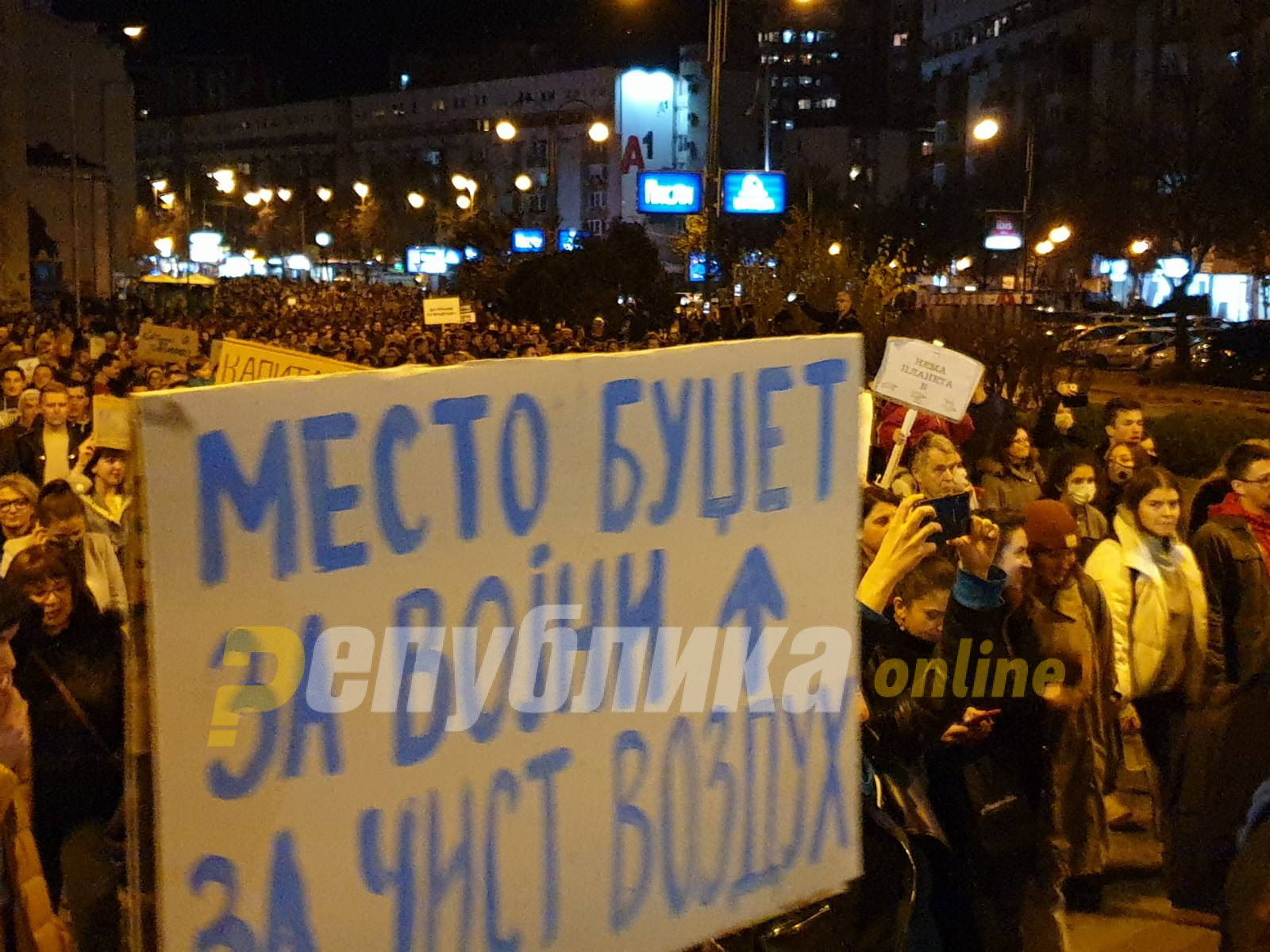 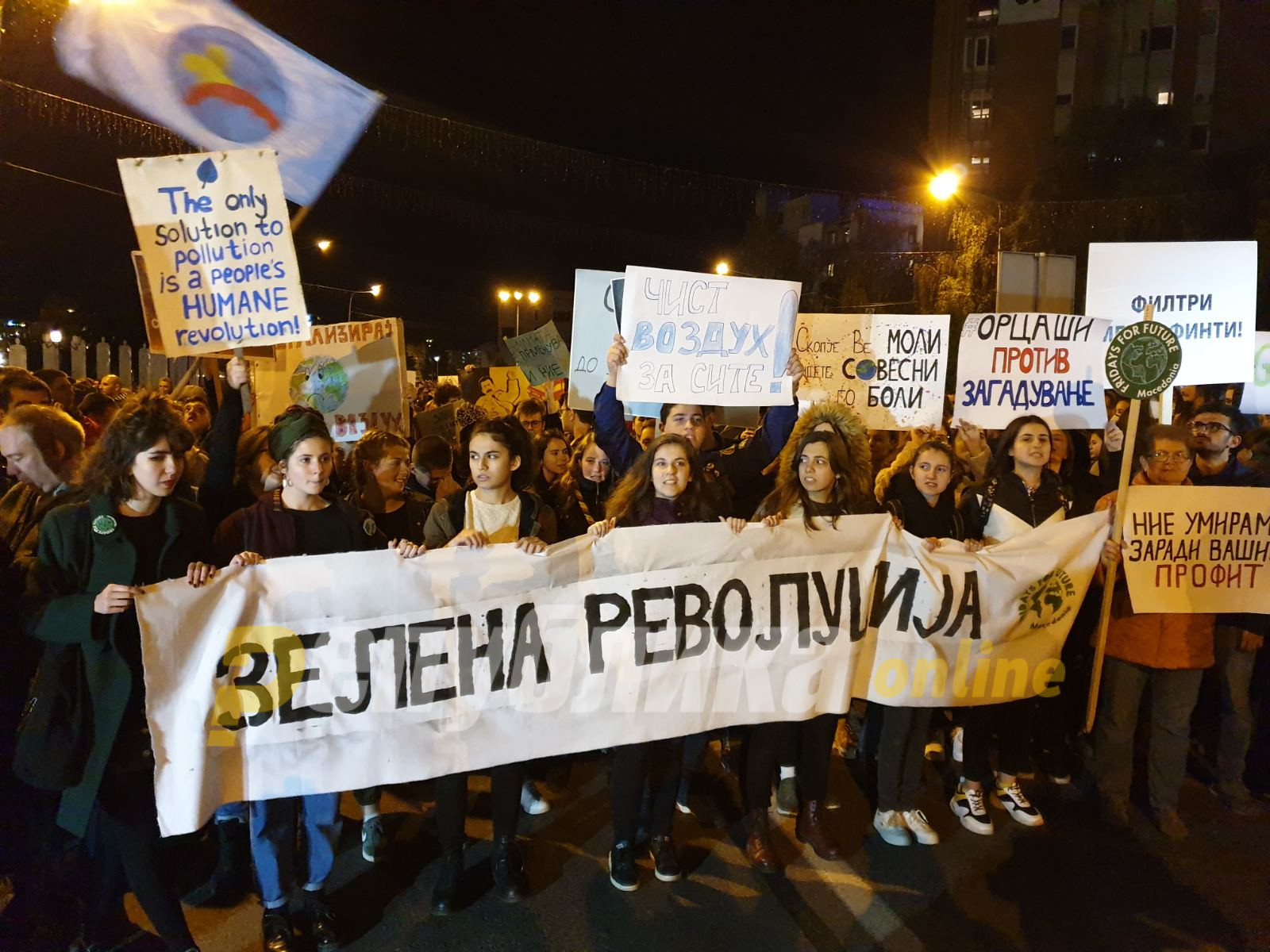 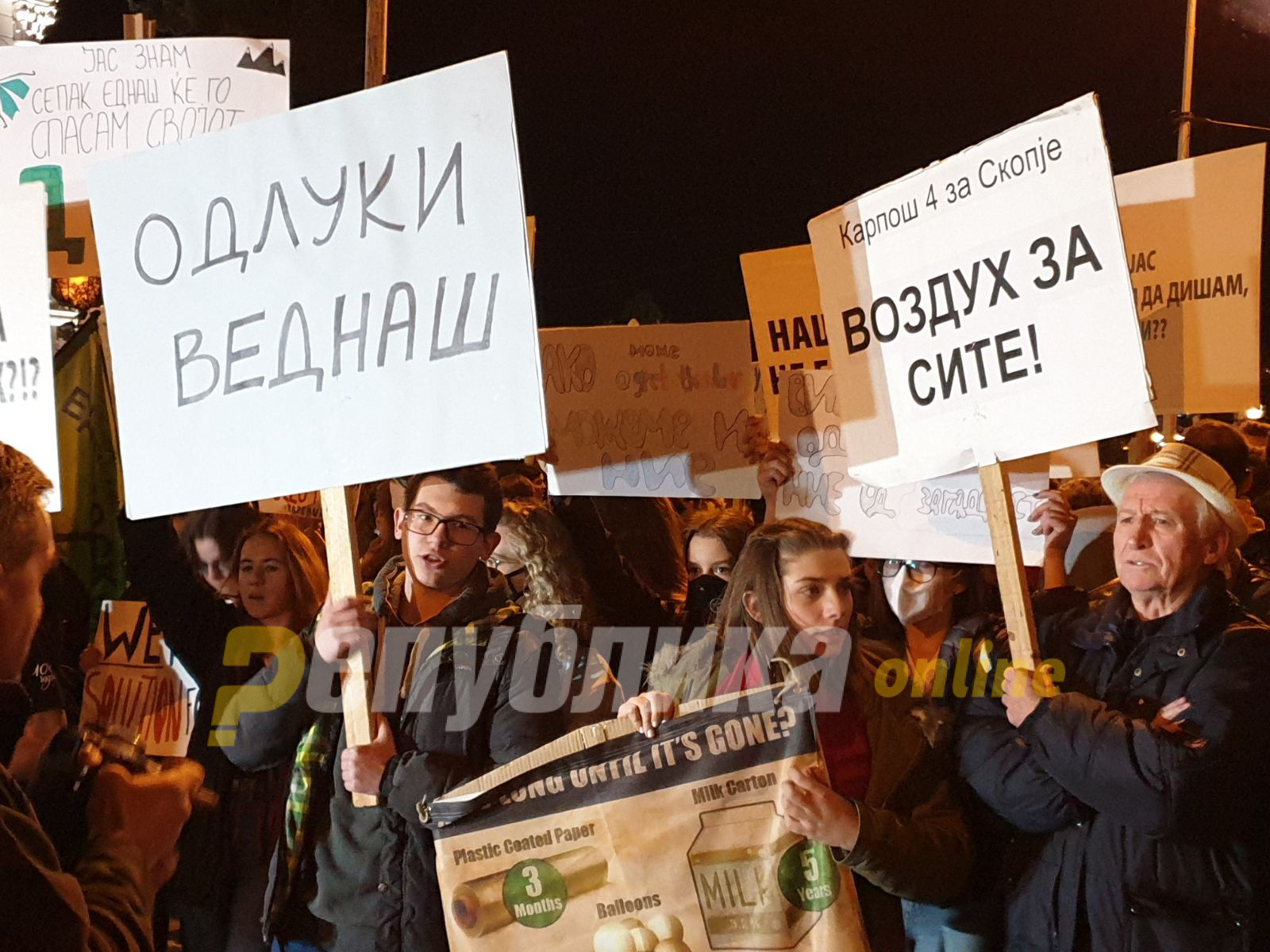 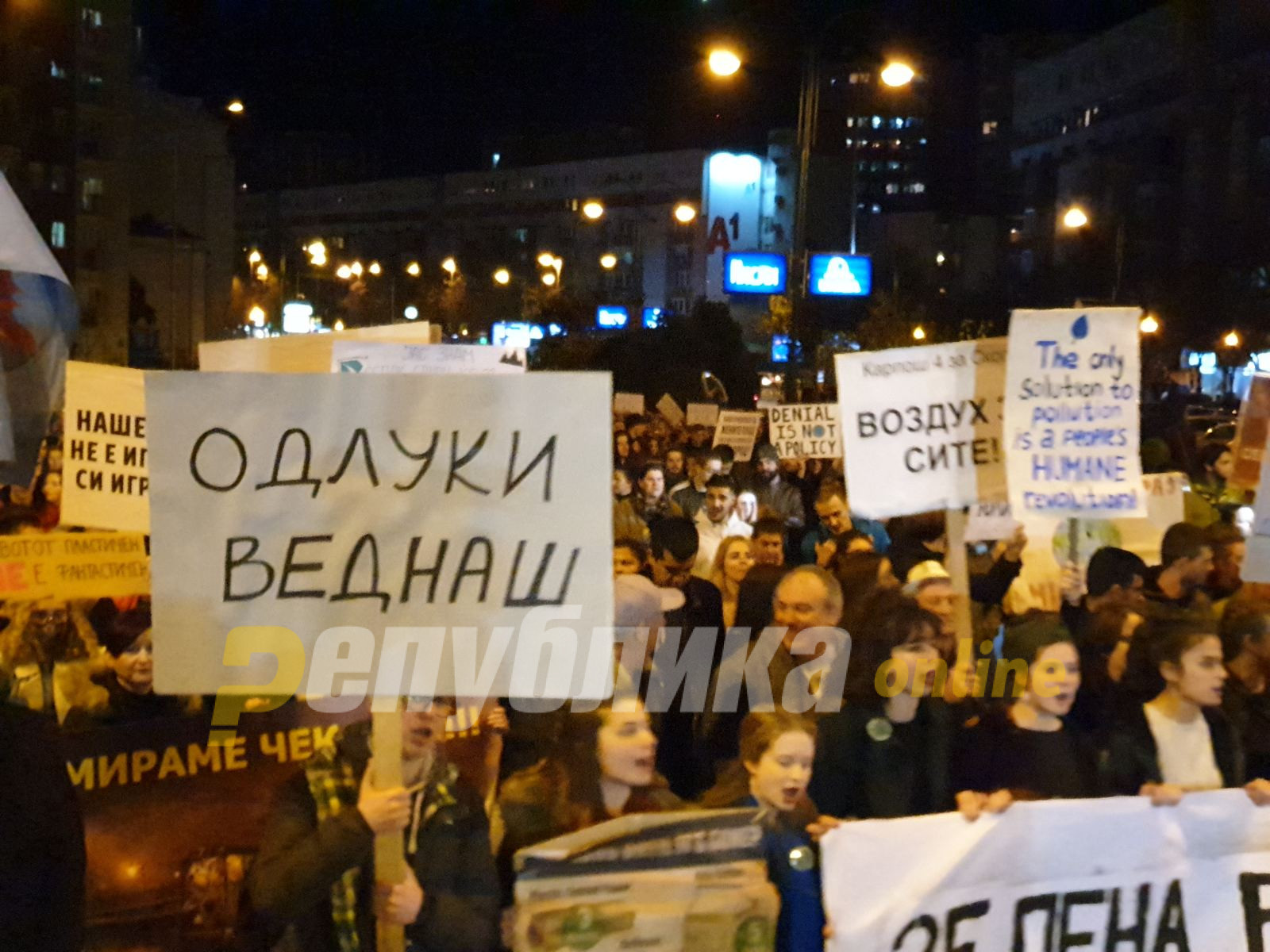 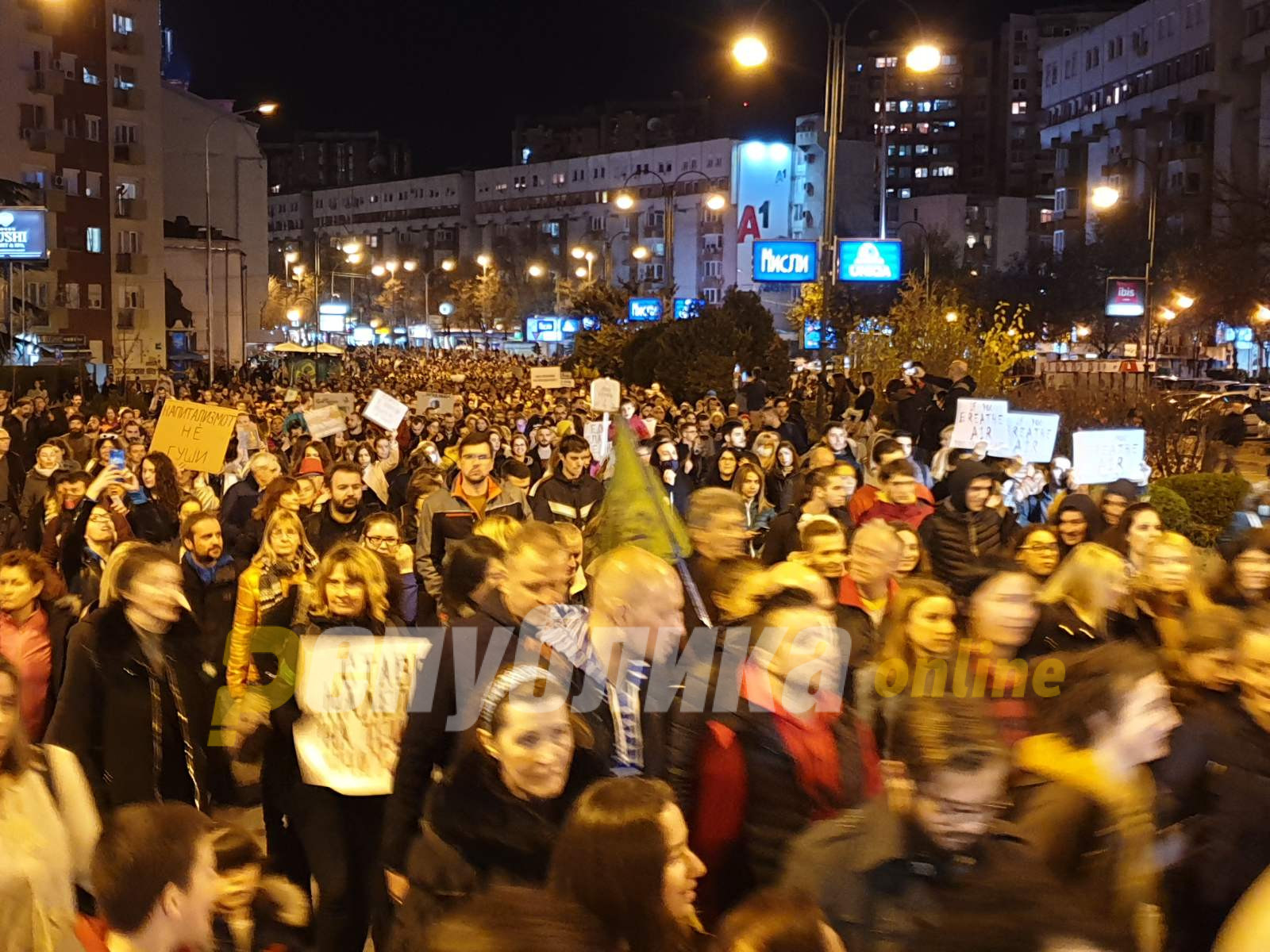 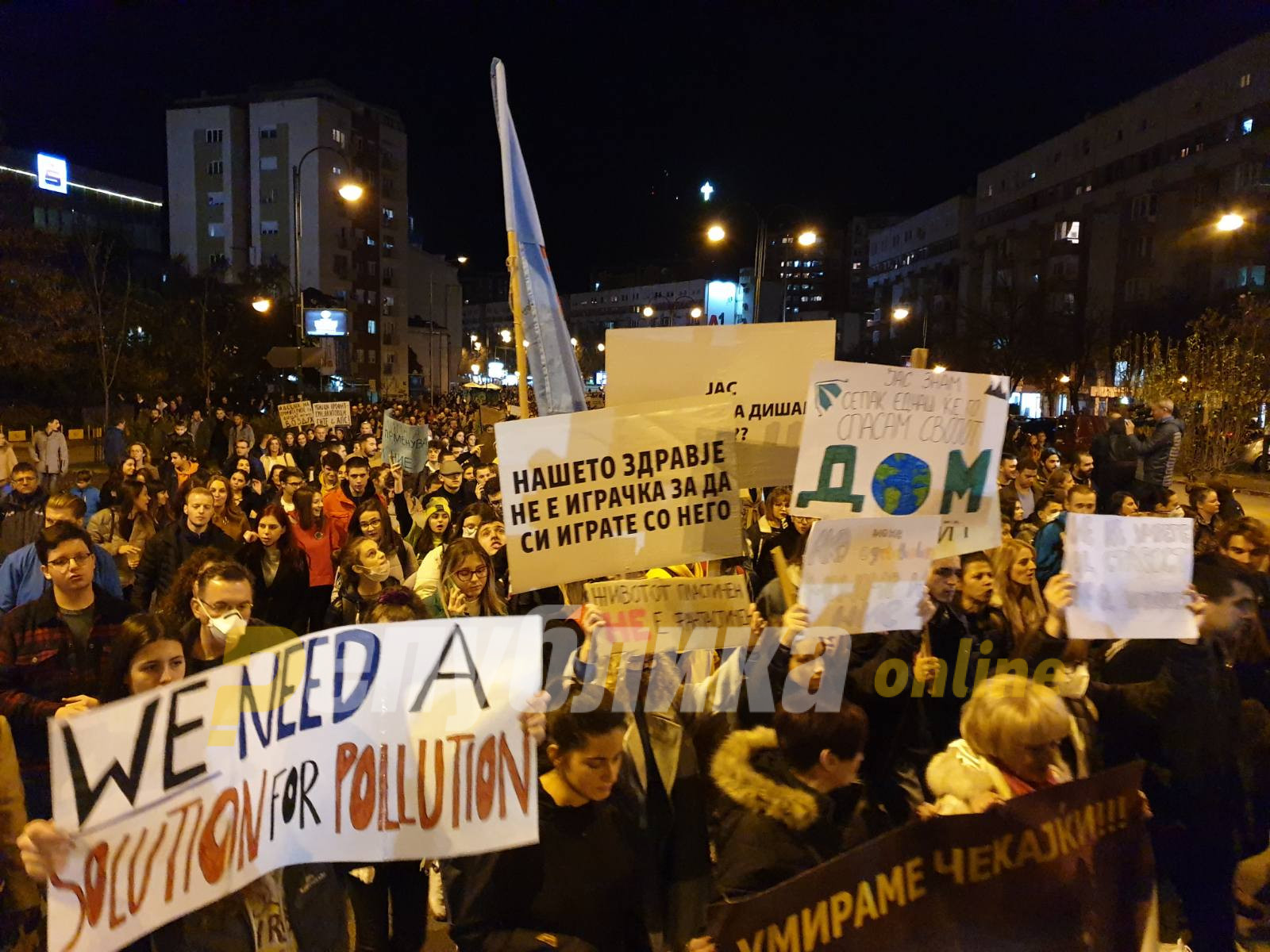 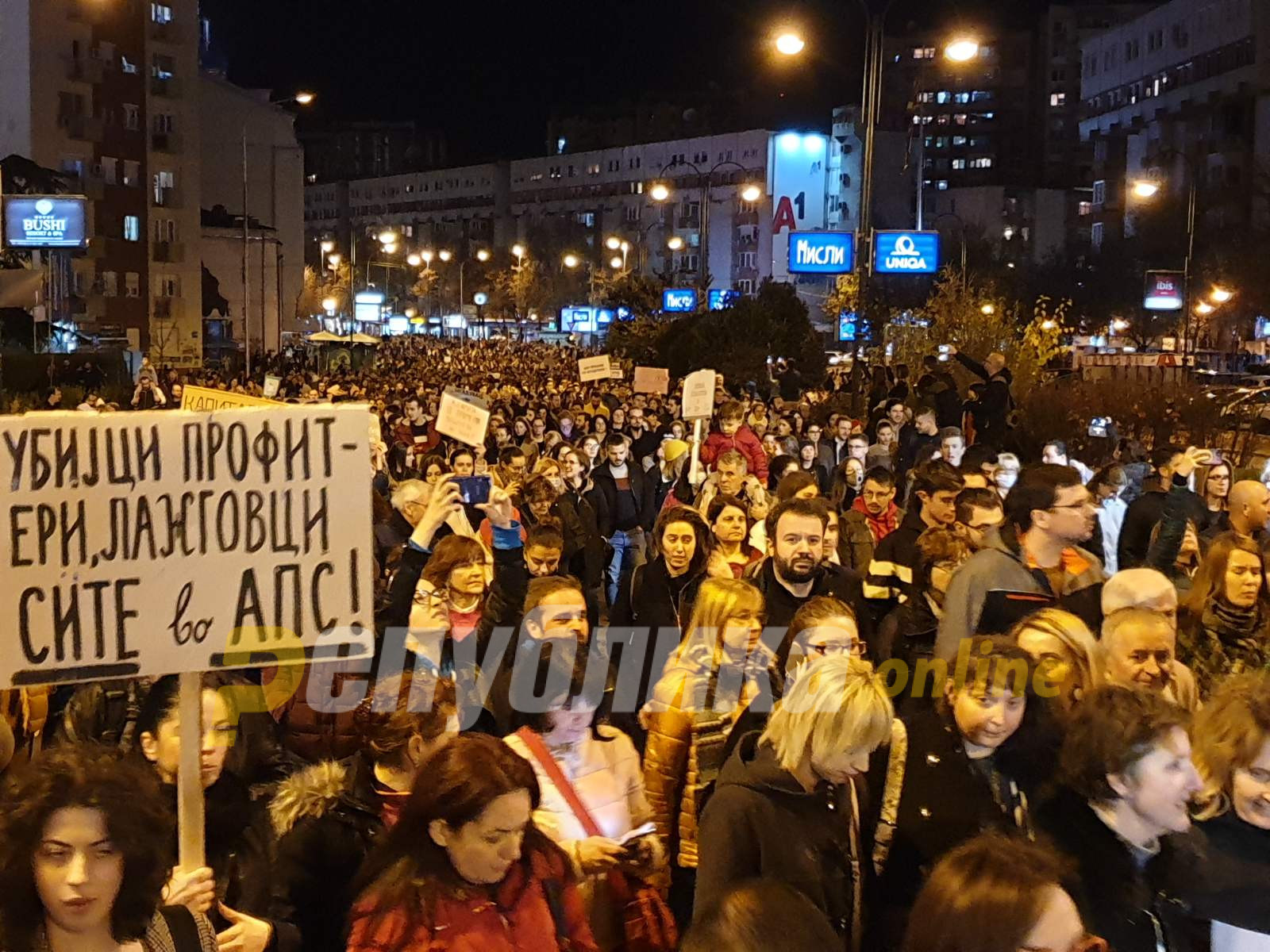 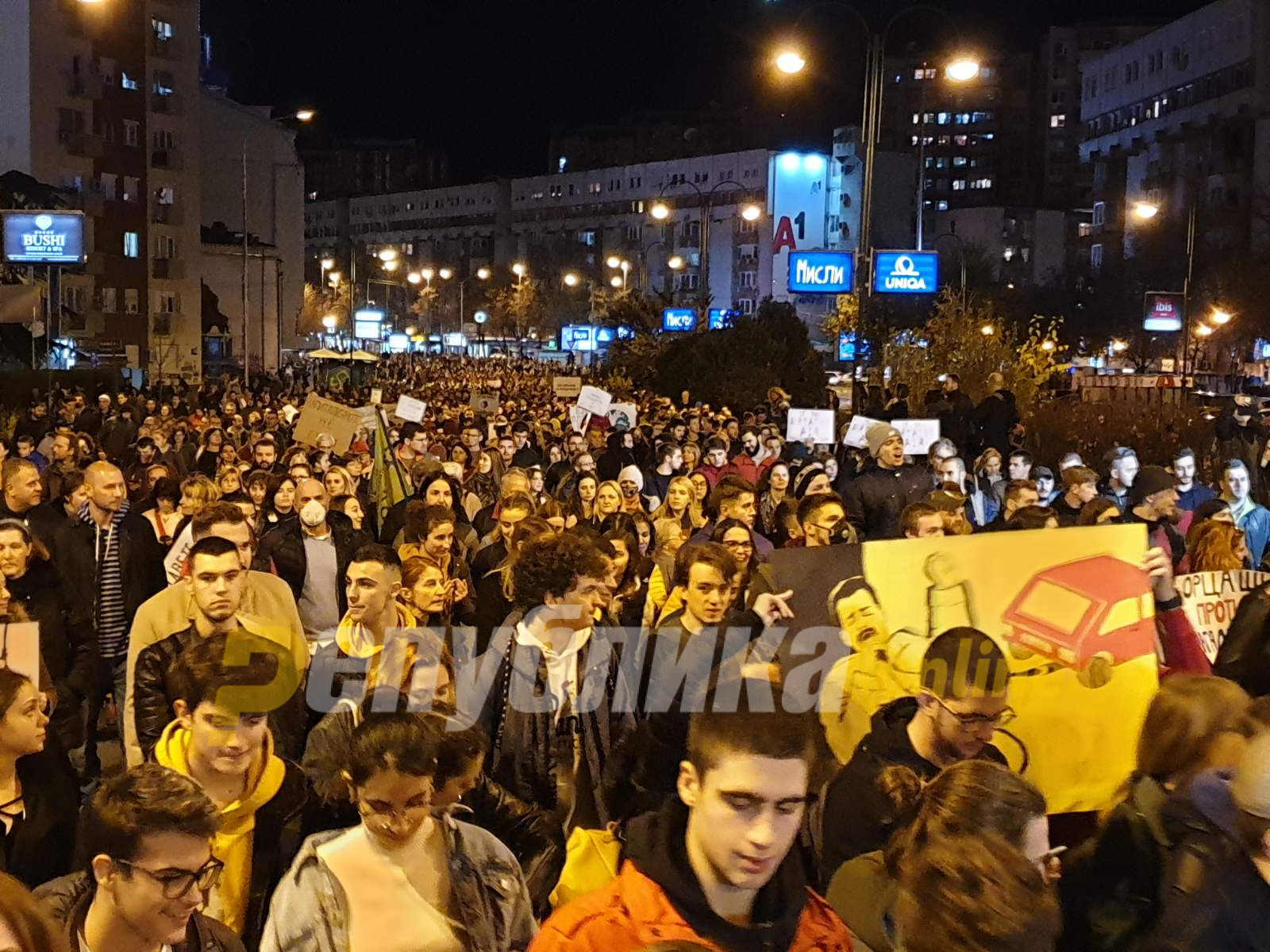 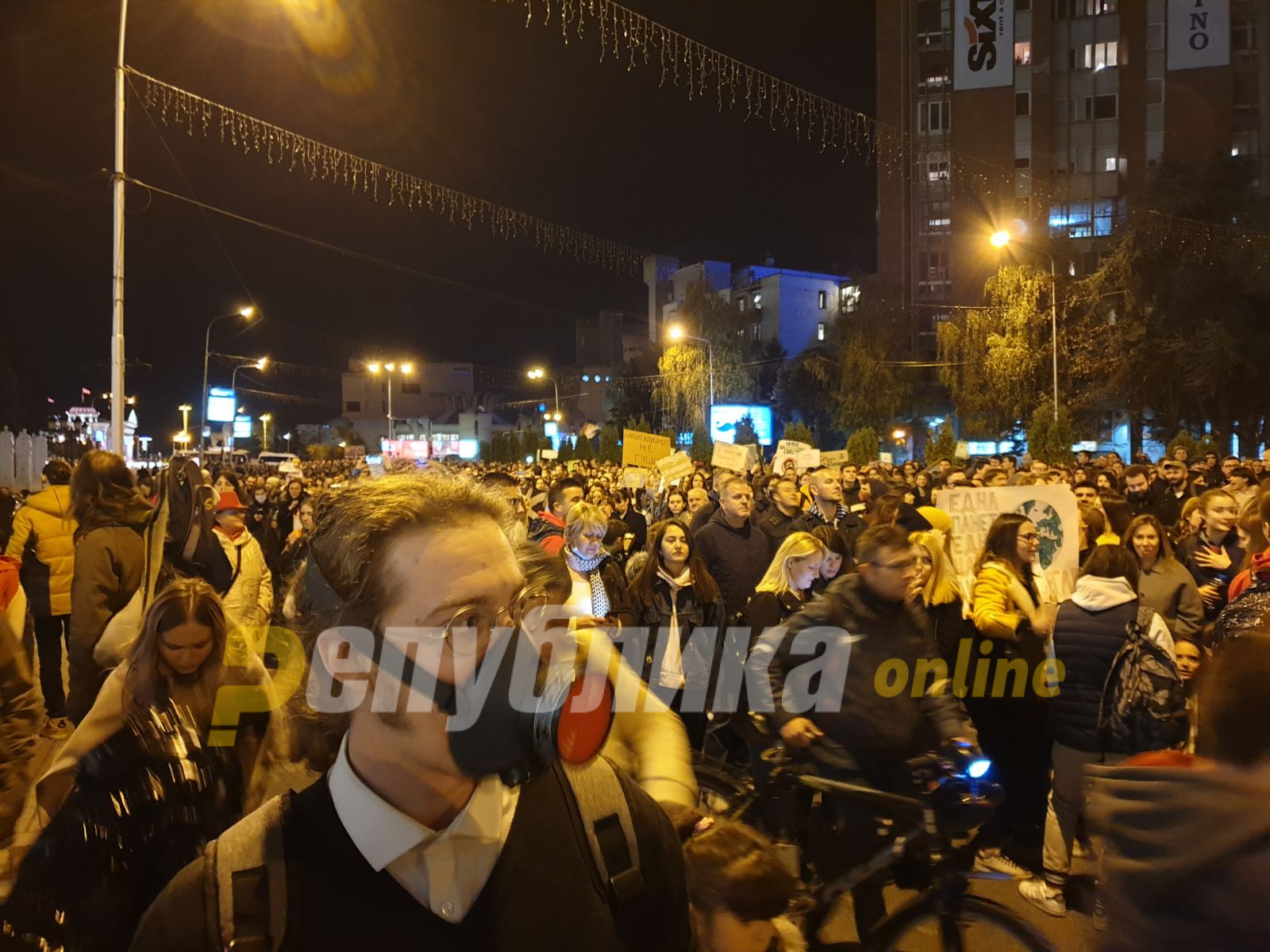 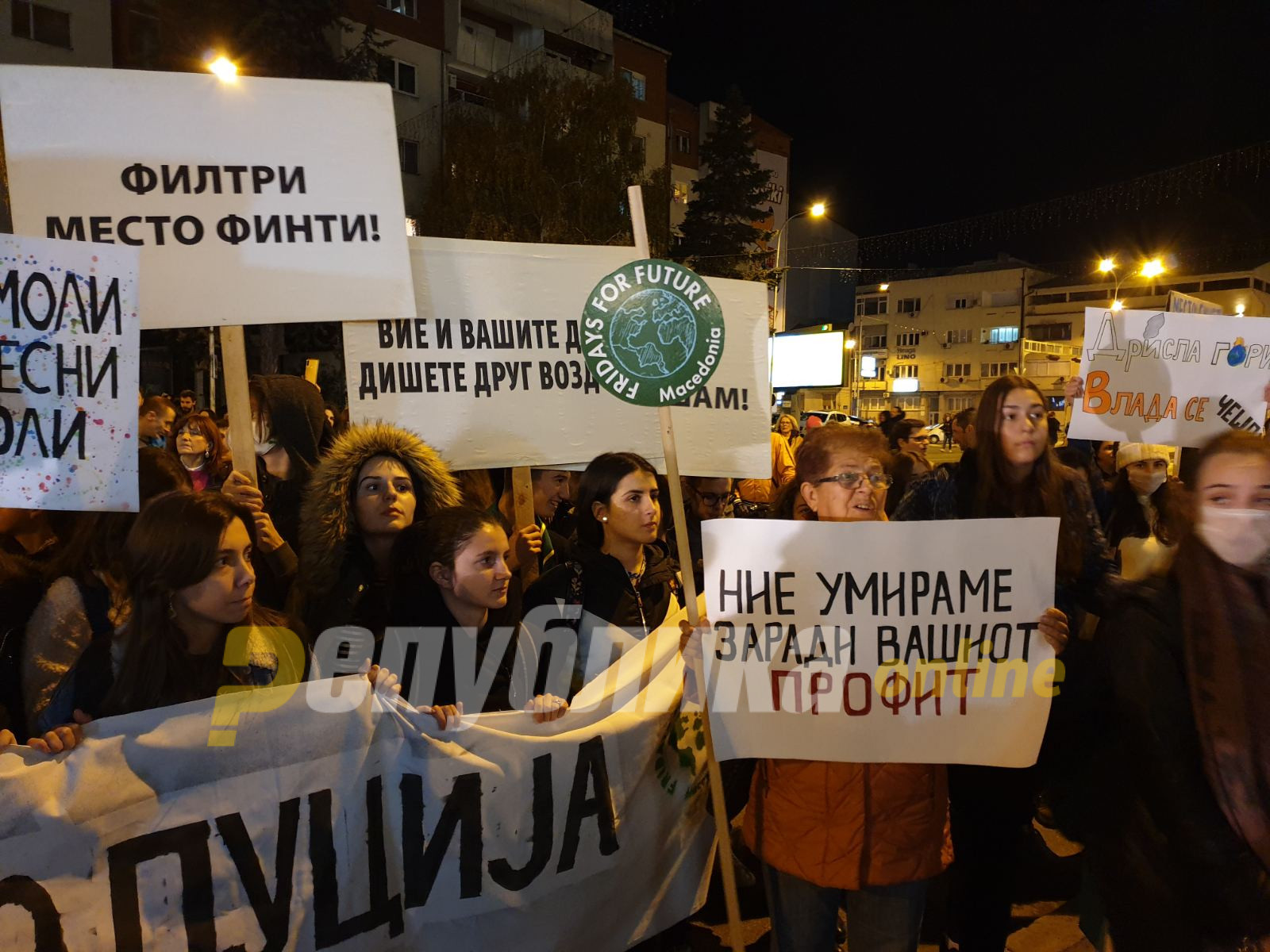 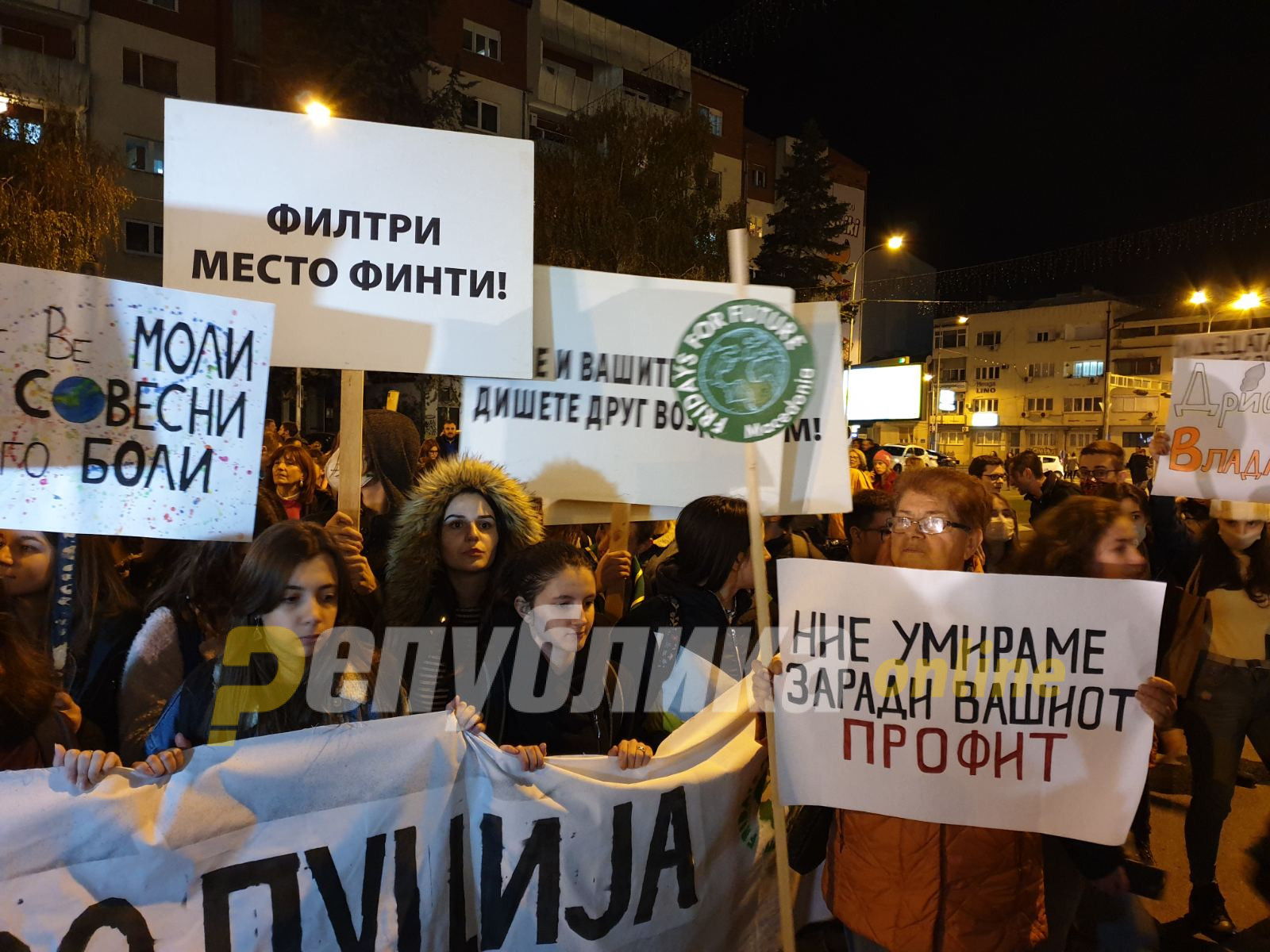 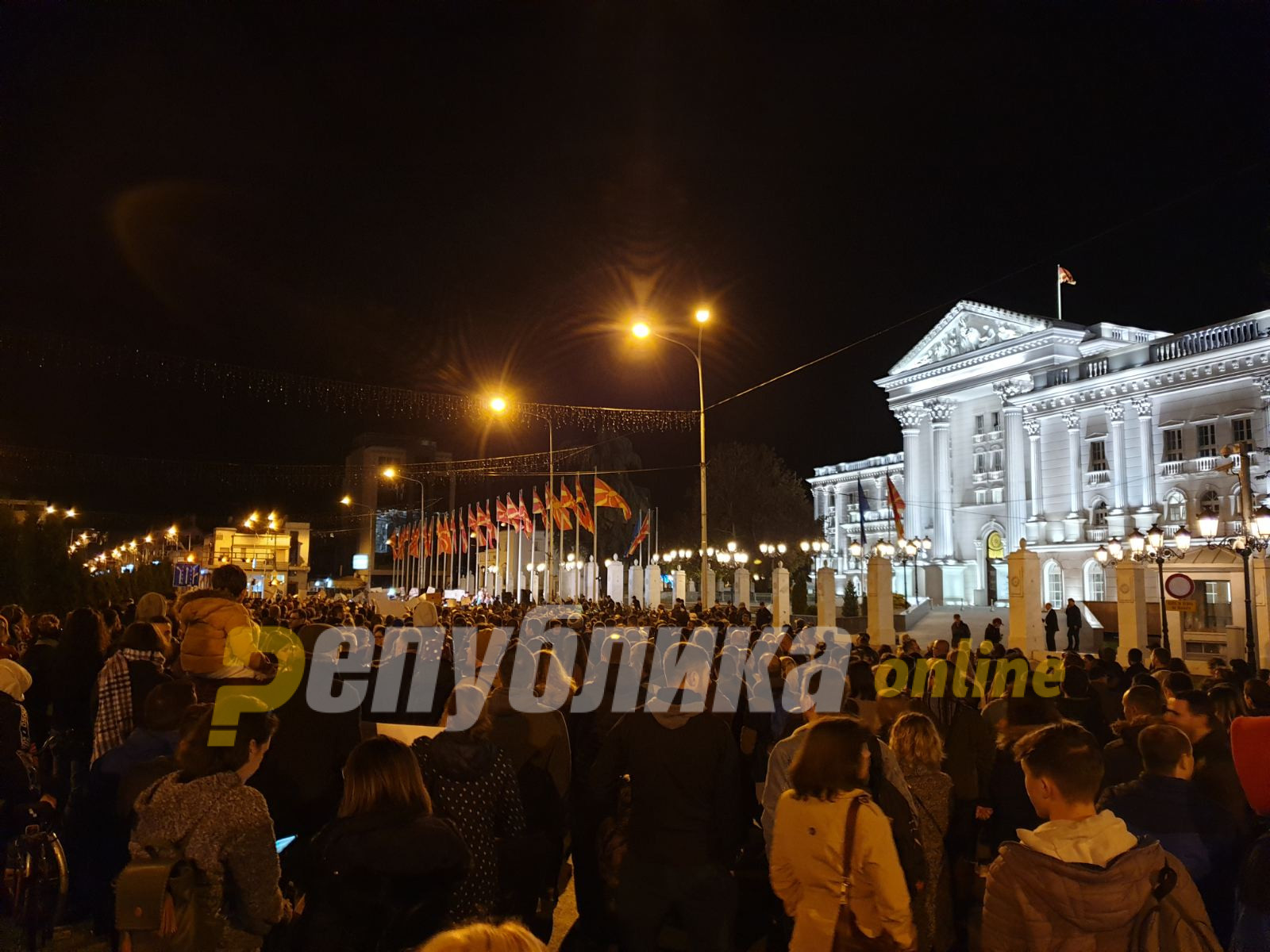 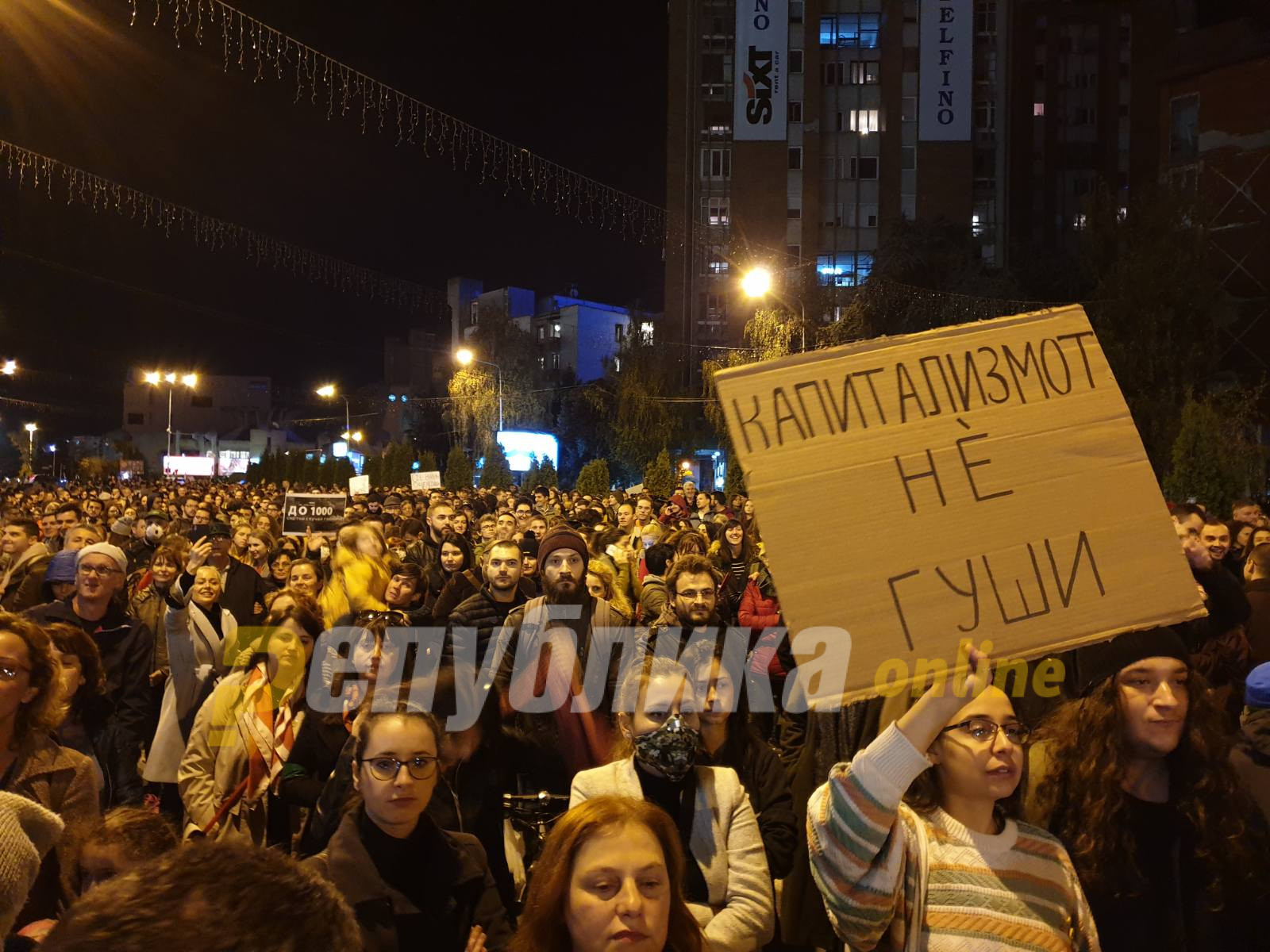 We, united civic activists from Skopje, Bitola, Tetovo, Gostivar, Strumica, Novo Selo, Struga, Ohrid and other cities and settlement, who stood behind the organization of the March for Clean Air – #GreenRevolution, are demanding that the requests that come from the many years of civic activity and initiatives to improve and solve the numerous problems of air pollution and destruction of the space in which we live in our country, say the civic organizations.

The requirements, they believe, are achievable, concrete with deadlines and carefully selected, so we expect dedication and serious attention to each.

We do not accept answers that it will be worked on, that it is a long process, at least that we need to have an understanding of why the process is complex, we know it – so we have divided it into specific activities and requirements in each area. It is incomprehensible to delay specific actions such as passing laws that stand ready and awaiting a decision, some after five years, such as the Law on Soil, for example, the O2 initiative said in a statement.

It’s time for radical changes, for a green revolution. Decades of neglect have left nothing pure. We can’t wait, we demand swift results. If our requests are not met, we will call for a boycott of the elections, say the organizers from the O2 initiative. 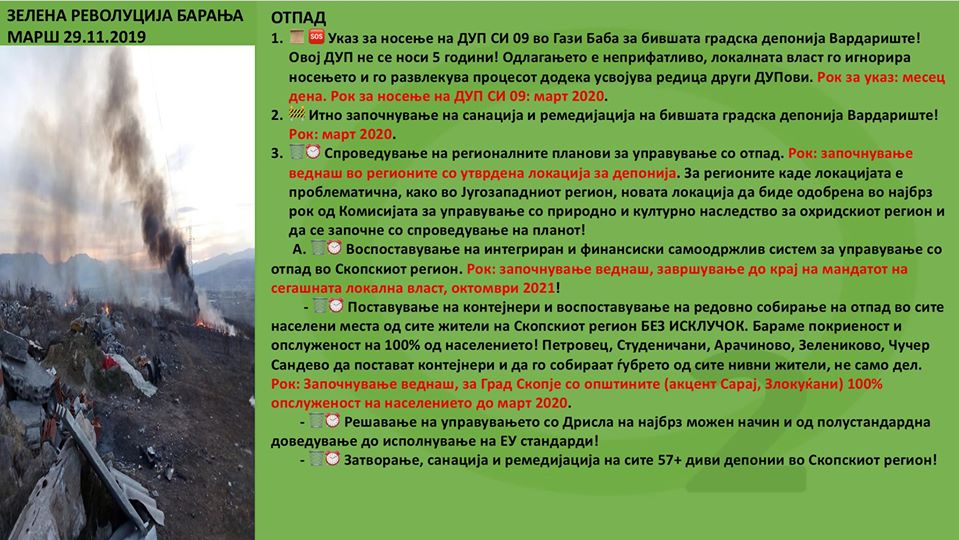 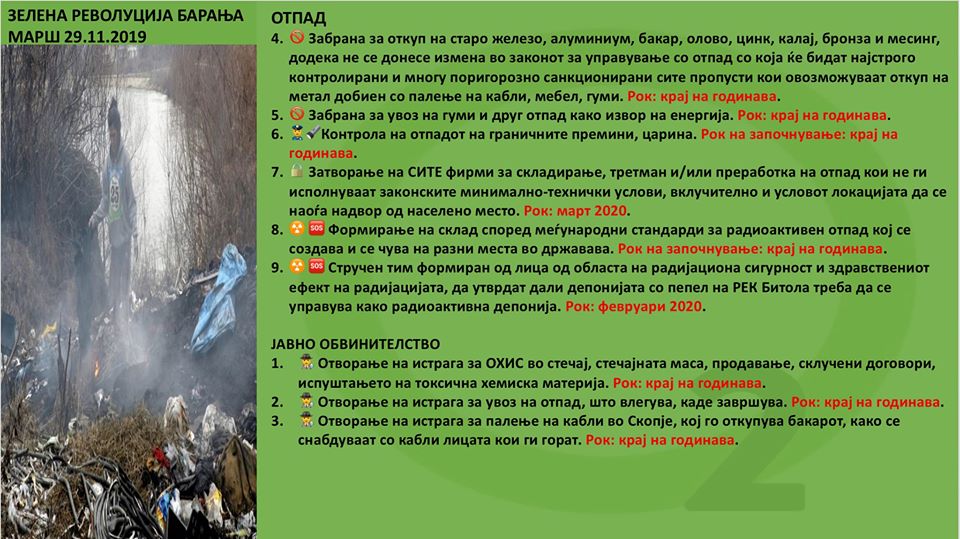 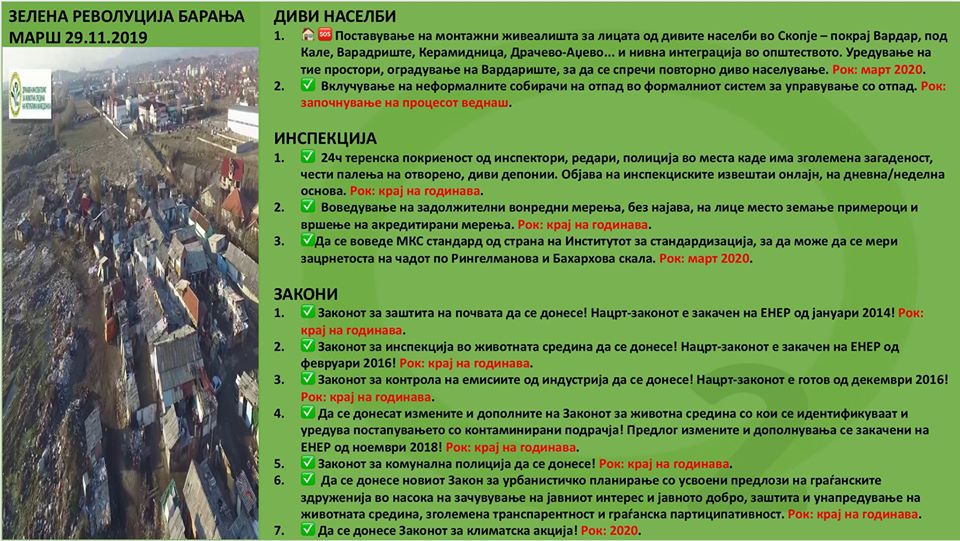 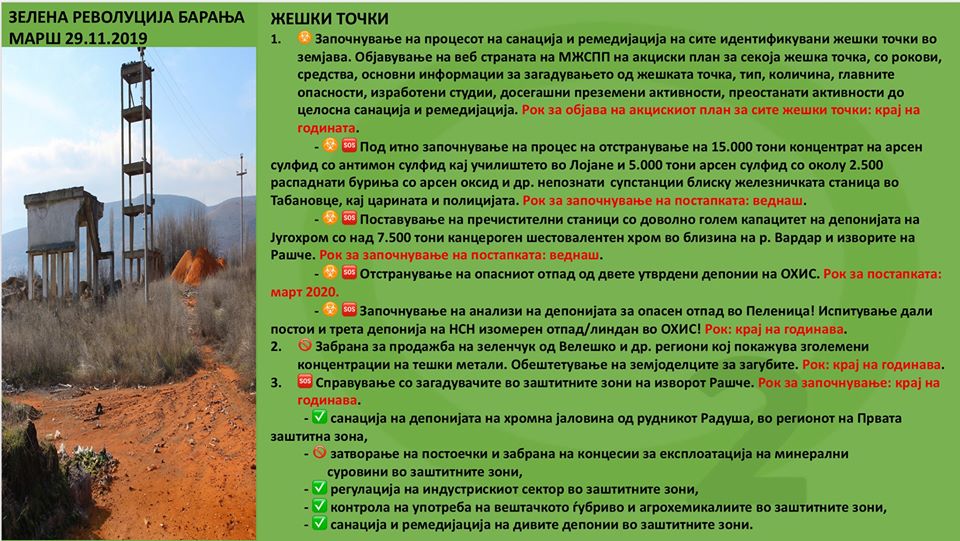