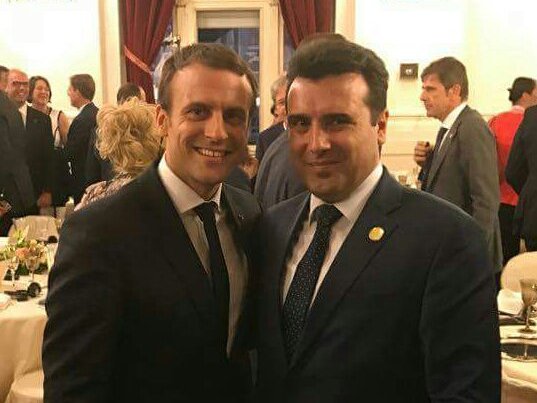 Russian pranksters Vovan and Lexus got Zoran Zaev to discuss French President Emmanuel Macron and his veto for Macedonia, calling him a terrible person for siding with Russia. The pranksters, who got a young girl to join them, called Zaev and persuaded him that he is talking to climate activist Greta Thunberg.

– Macron is terrible. He changed his position about the climate. Last time he behaved very badly, he betrays Western values in favor of reapproachment with the East and he works with Russian interests. I don’t know what Putin promised him, “Greta” says.- Something happened there, but I hope that he will be more responsible in the future, because, France, Germany, that kinds of countries are leaders in the world, they must lead the world in a positive manner, not in that kind of changing the position, Zaev replied.
– I can imagine that this amounts are huge money for your country. I’m dissappointed that the West doesn’t support you and left you alone. I think it’s because of Trump. I hate him. He’s an opponent of nature protection, “Greta” continued to lead Zaev on.
– That is it, these politicians have some connectivity between them and living by this connectivity  but in the end of the day we must all be responsible and to make hard decisions and positive decisions because that is something what we can participate during our mandate. Because it is an honor and great responsibility to take huge political decisions and in this direction don’t give up, continuing to fight, you motivate all of us, Zaev gushed in response.

When “Greta” says that Trump could just call Macron and Macedonia would be in the EU, Zaev replies that Alex (Alexander Soros) “continues to help us very much and the Soros foundation, they continue to help in a principled way”.