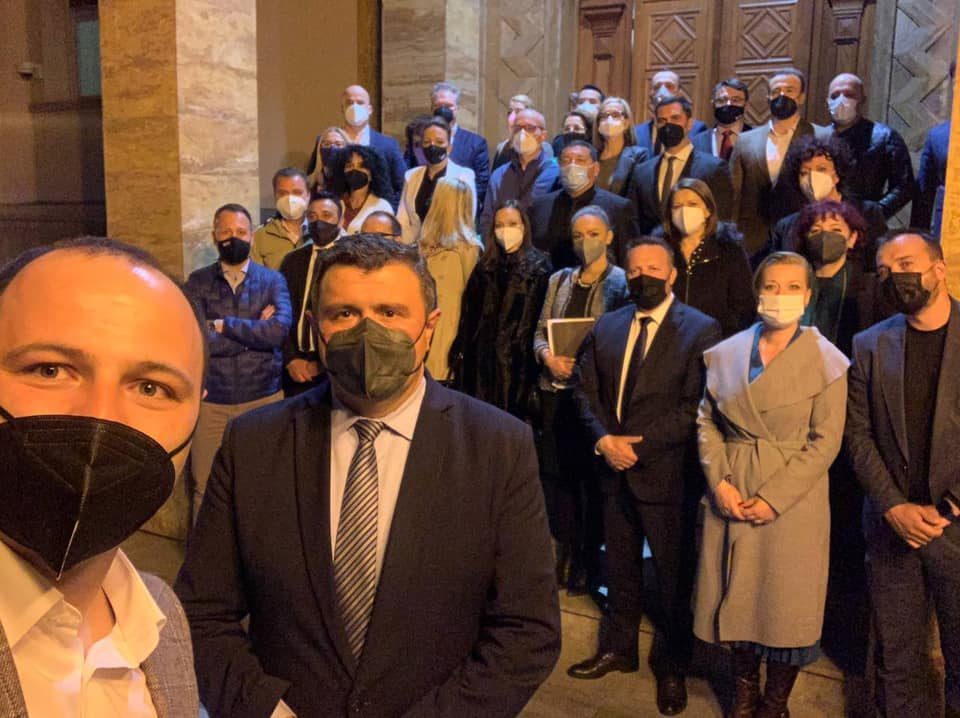 VMRO-DPMNE will continue to block three laws in the Parliament after the SDSM led coalition refused to support the opposition’s proposals, said the party Vice President Vladimir Misajlovski. VMRO has submitted thousands of amendments to the three laws, which blocks their progress through Parliament, and demands that their substantive amendments are incorporated in the bills.
This includes the law to build a new clinical center near Skopje estimated to cost half a billion EUR, the education law and the law regulating retirement of army officers.

In the education law, we demand that history remains as a stand-alone class, Misajlovski said. Education Minister Mila Carovska wants to relegate history to a part of a broader civics class in elementary education, in a move that VMRO fears is driven by pressure from Greece and Bulgaria to rewrite Macedonian history.

Mijalovski said that on top of pushing for a corrupt plan to build the clinical center, the ruling majority rejected a VMRO proposal that would subsidize treatment for coronavirus patients in private clinics, and to provide funds for private clinic treatment for all other cases when there is not enough room in the public or ifa patient was forced to wait more than 60 days for an intervention.

The opposition party also proposed better retirement terms for military officers and changes to the tobacco law to help farmers who suffered from very low prices for the last harvest. All of these proposals were rejected by the ruling coalition, which will likely delay the work of the Parliament, as the coalition often has to ask the opposition to provide the votes needed simply to begin a session. Prime Minister Zoran Zaev and VMRO leader Hristijan Mickoski met to discuss ways in which the Parliament could work more efficiently, but since then VMRO representatives were stopped from asking critical questions from several of Zaev’s ministers during the votes of no confidence in them, and see the bulk of their proposals rejected.

Parliament concludes debate on the 2023 budget