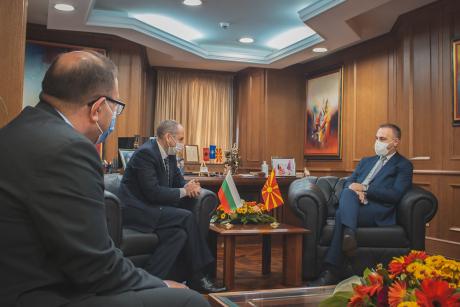 First Deputy Prime Minister Artan Grubi met with Bulgarian Ambassador to Macedonia Angel Angelov to discuss the expected Bulgarian veto to the Macedonian EU accession talks. Earlier today, Angelov also met with Foreign Minister Bujar Osmani and German Ambassador Anke Holstein, after which he said that Bulgaria must respect the declaration of its Parliament which demanded additional concession from Macedonia before the talks can begin

.Grubi’s office said that he asked Angelov not to allow history to keep the future hostage. According to the otherwise content free press release, the two also said that the 2017 Zaev – Borisov treaty is an “excellent foundation for cooperation in a number of areas and will bring the two countries and peoples closer together”.