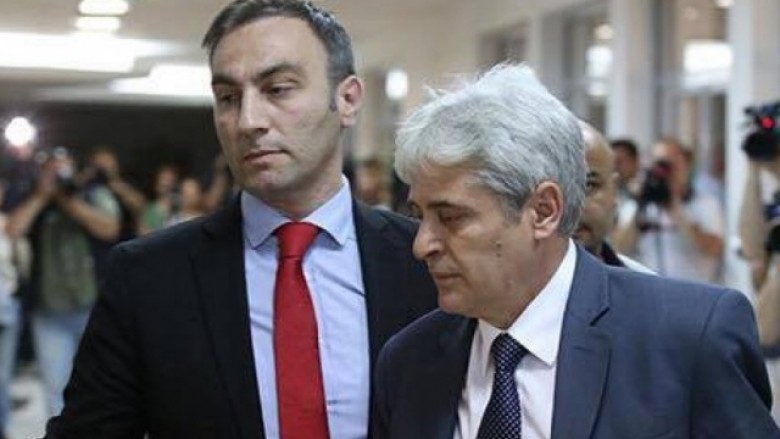 First Deputy Prime Minister Artan Grubi, who is the chief confidant of DUI party leader Ali Ahmeti, denied reports that Ahmeti is facing war crimes charges from the special tribunal in the Hague. The reports came after Kosovo President Hashim Thaci was charged and stepped down from his office.

Thaci was commander of the UCK guerrilla movement in Kosovo, where Ahmeti was active. in 2001 Ahmeti founded the UCK/NLA terrorist organization in Macedonia which sparked a civil war with hundreds of casualties. After becoming an indispensable part of Macedonian politics, Ahmeti leveraged pardons for himself and other UCK commanders, but he is not pardoned for war crimes in Kosovo. Ahmeti was recently summoned to testify before prosecutors of the tribunal in Pristina.

The vile and inciting propaganda against our party President Ali Ahmeti and the efforts of the Albanian people for freedom and independence never cease. This fake news reported by a new site close to the Albanian opposition proves that they continue to undermine the liberation struggle of the Albanian people. Ahmeti is a co-founder of the UCK and a constant supporter of the rule of law and unselective justice, and has proven so in his latest testimonies in Pristina. Those who commission these fake news reports want to harm the Albanians and the UCK, Grubi said.

Grubi insisted that Ahmeti was only called to testify as a witness, not as a defendant, for activities in Kosovo between 1998 and 2000, and was not asked about his war crimes in Macedonia or in other countries. Ahmeti expressed his support to Thaci, saying that he expects him to come out a free man.