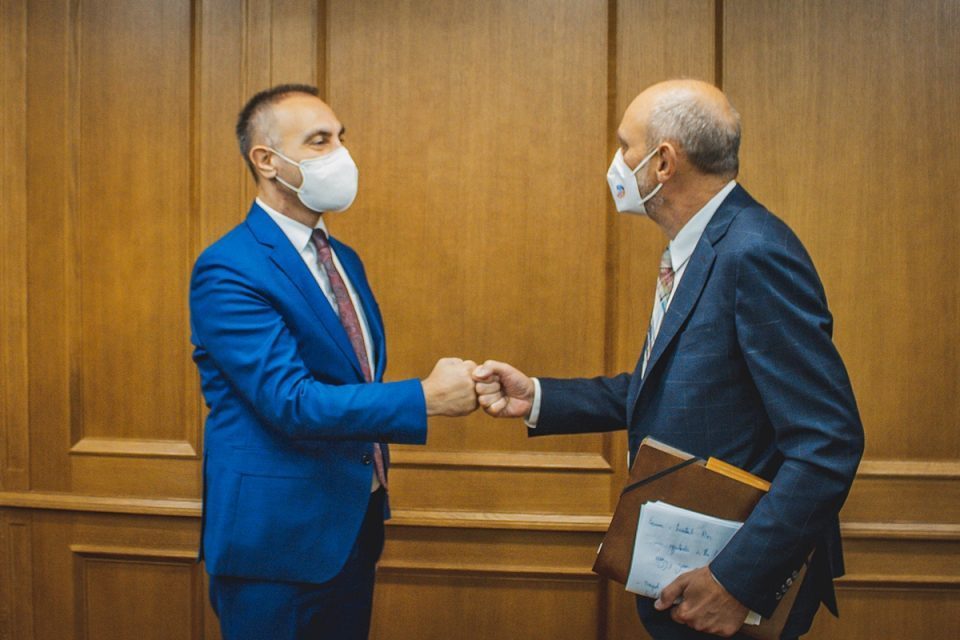 First Deputy PM and Minister of Political System and Community Relations Artan Grubi met Wednesday with new EU Ambassador David Geer, saying the cooperation with the Union Delegation in the country was and will remain at the highest level.

He assured Ambassador Geer that as a policy coordinator he would ensure cohesion in the governing coalition and oversee the coordination and outcome of processes and the implementation of the program. Grubi told the EU Ambassador that the path to non-selective justice and the rule of law can only be achieved through full transparency and vetting of all public office holders, judges and prosecutors.

During the meeting, Grubi and Ambassador Geer also exchanged views on the dynamics of the implementation of the reforms, which are expected to increase even more after the opening of negotiations with the European Union. On this occasion, Grubi stressed to Geer that the Government is committed to implementing public administration reforms.

Ambassador Geer underlined that for the European Commission and the EU institutions, the implementation of judicial reforms, the rule of law and the maintenance of good interethnic relations, as well as good neighborly relations are also important in order to prove European values during the EU integration process.

Grubi and Geer also discussed organizing the census, a process they say will be completed successfully over the next year.