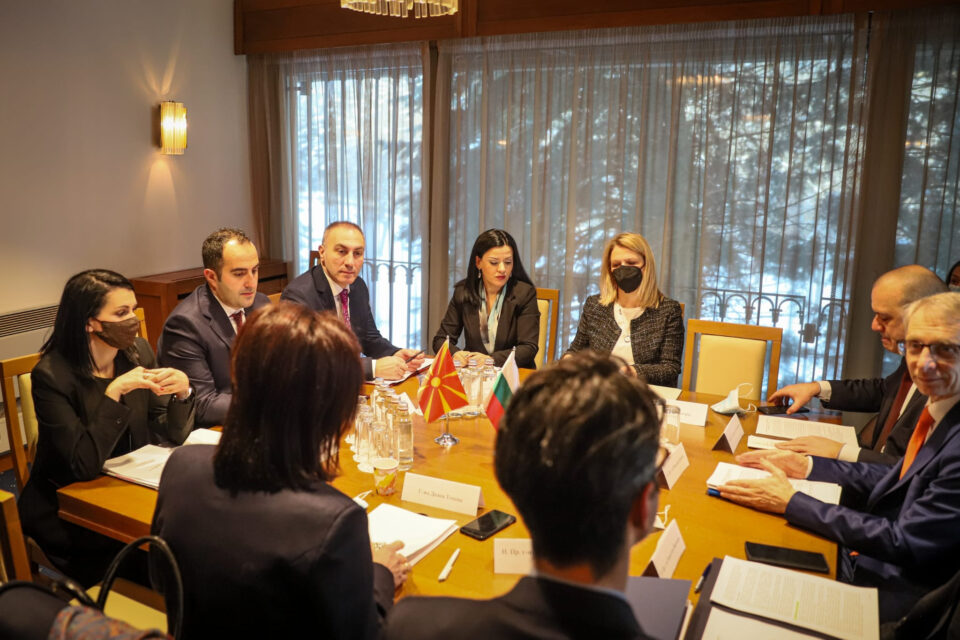 As part of the Macedonian government delegation’s official visit to Sofia and deepening the bilateral cooperation between the two countries, First Deputy PM and Minister of Political System and Inter-Community Relations Artan Grubi attended on Tuesday a meeting of the working group on education, culture, science and youth.

Accompanied by the Minister of Culture Bisera Kostadinovska-Stojcevska and the Minister of Education and Science Jeton Shaqiri, Grubi after the meeting expressed his optimism for the positive atmosphere and the achievement of many joint projects between the two countries.

Very positive atmosphere and very warm hospitality from our Bulgarian colleagues and we have just finished the first session of the Committee on Culture, Education and Science, Youth and Sports and Tourism and I am optimistic about achieving many joint projects that we will implement in the coming months, he said.

According to the press service of the Ministry of Political Systems and Inter-Community Relations, the meeting highlighted the common priorities that the two countries will work on in the coming period, namely the announcement of the logo and slogan of the joint government sessions, composing joint cultural calendar, promotion of cooperation between the universities of the two countries for more attractive study programs, exchange of experiences and opportunities for practical teaching, organization of joint scientific conferences, as well as organization of a football match between the government cabinets.

The statement added that co-operation between the Agency for Youth and Sports and the Bulgarian Ministry of Youth and Sports will be intensified. Also, mutual promotion of attractive tourist destinations and deepening of cooperation in the field of tourism will be realized as a strong predisposition for economic development.