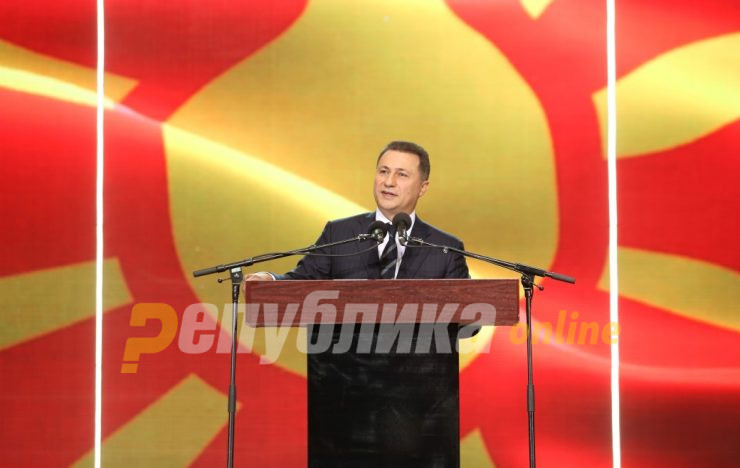 Former Macedonian Prime Minister and VMRO leader Nikola Gruevski wished that the neighboring countries, especially Bulgaria, will end their obsession with the Macedonian history so that the region can begin to live together and look toward the future. Gruevski wrote a message congratulating the Macedonian people on October 11th, the start of the 1941 uprising in World War Two, which is viewed critically in Bulgaria.

At this time of brutal denial of the Macedonian language, nationhood and identity separate from the Bulgarian, when we are being declared a forgery, this holiday is not only interpreted differently in our Eastern neighbor, but unfortunately, in the spirit of the friendship treaty, there are request that October 11th is seen as the start of a civil war between two conflicted ideological portions of the Bulgarian population in Macedonia, who were forced into adopting a Macedonian identity with force and terror after the war. Let’s hope that this period of obsession with us, Macedonians, and with our history, will end as soon as possible and that our two countries, and now only Macedonia, will turn toward the future and toward cooperation, Gruevski said.

Sensing that the time is right, the Bulgarian leadership prepared a series of requests Macedonia must meet before it can join the European Union, which are expected to be raised as the accession talks continue. The conditions caused a reaction from a number of mostly Bulgarian commentators, who fear that they over-reach and will cause an adverse reaction in Macedonia.