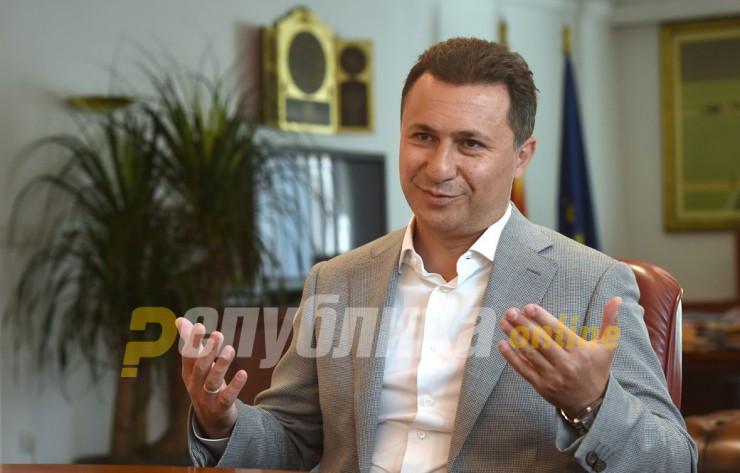 The former Prime Minister of Macedonia, Nikola Gruevski, reacted through social media that the government is trying to mount a case against him with blackmail and threats, forcing people to testify that he participated in the alleged purchase and ownership of apartments.

Gruevski says that he never bought or owned the property in question, and that he does not even know some of the people who, under threats of imprisonment and persecution, should testify against him.

As Gruevski points out, such accusations are a continuation of the persecution against him and an attempt by the government to cover up its inability to deal with the crisis and to draw the public’s attention to such fabricated cases.

Today I found out that these days the Public Prosecutor’s Office informed that they had frozen my alleged property, ie land and two smaller apartments that I had rented, and some of their apologists in the media published it as reliable information.

It is impossible for them to freeze my property which I do not have and which has never been my property, which I have never bought, paid for, owned by me or owned in someone else’s name or the like. Only they know whose property they froze, it’s certainly not mine, and under what conditions and circumstances towards the persons whose property they froze, what is their agreement and with which they blackmailed them, and as a result they know the reasons why those persons “did not complain“, Gruevski said.

We’re not giving up on having Gruevski extradited, says the Justice Minister