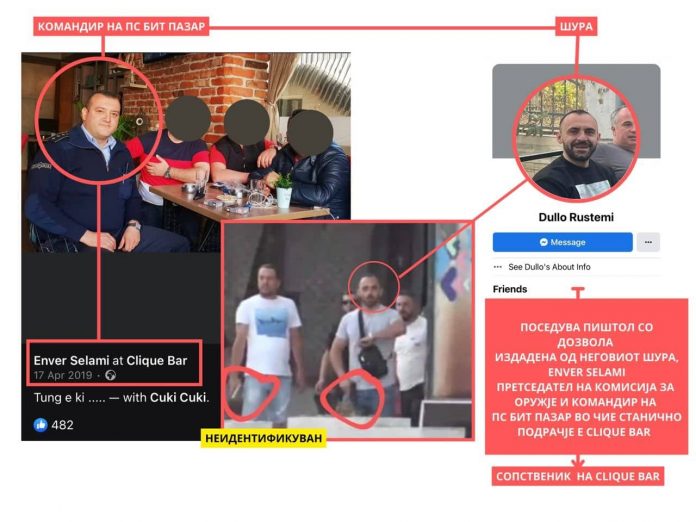 One of the two “gunmen” who was detained for the incident near “Skenderbeg” square, during the national protest against the French proposal, has been released by the direction of the head of the Skopje Public Prosecutor’s Office, Gavril Bubevski. He was fined 1,200 euros and his Walther P99 pistol, which he had with a permit, was confiscated, Netpress learned unofficially.

According to yesterday’s announcement from the Ministry of Internal Affairs S.R. (34) was identified as the person who had a gun in his hand during the incident, but did not use it.

Rustemi is the owner of CLIQUE BAR in the Skopje bazaar, born in 1988 from the Skopje village Singelić – Hasanbeg, member of the DUI and brother-in-law of the Commander of Bit Pazar police station, Enver Selami. The permit for the gun was issued to him with the signature of his brother-in-law Enver Selami, who was the chairman of the arms commission, writes “Netpress”.

CLIQUE bar is located in the station area of the Bit Pazar police station where Enver is the commander. At the same time, CLIQUE bar is the place from where the “gunmen” and police officers in civilian clothes came out, reports the news portal.

Before the event, the Skopje/Bit PAZAR police department did not secure Skenderbeg Square and the plateau of shopping center MOST, the entrance to Skopje bazaar, which is considered a critical point. Because, exactly from that day only a day before, a group of Albanians threw stones and other objects at the procession that was moving from the Government to the Ministry of Foreign Affairs and as the final destination the Parliament.

The responsible person for the security area is precisely the commander of Bit Pazar police Enver Selami, and no one has asked him for responsibility for negligent performance of duty by not taking actions that allowed endangering the lives of citizens and inter-ethnic conflict.

As a reminder, the person who fired the gun and has been detained for eight days is Zufi Koka, the brother of the Acting director of communal hygiene from the Alliance for Albanians (AA), Zudi Enuzi Koka, who was immediately removed from his position, immediately after the incident. 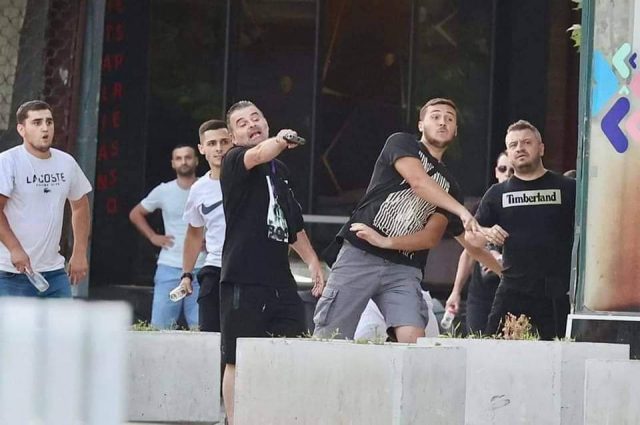 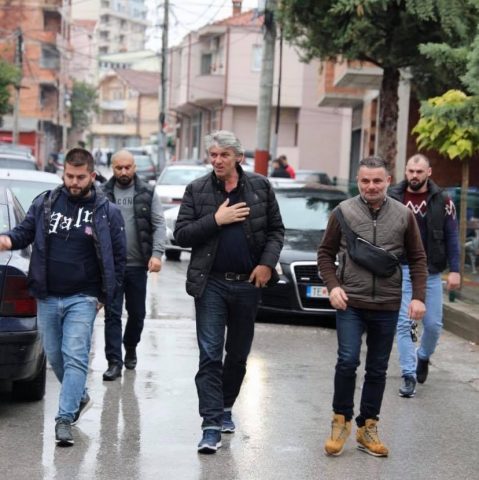 Today at noon in front of Parliament building: The government should listen to the people, the people say NO to the Bulgarian conditions!

NO, NO, NO! – Thousands of citizens on the streets across Skopje against the French proposal