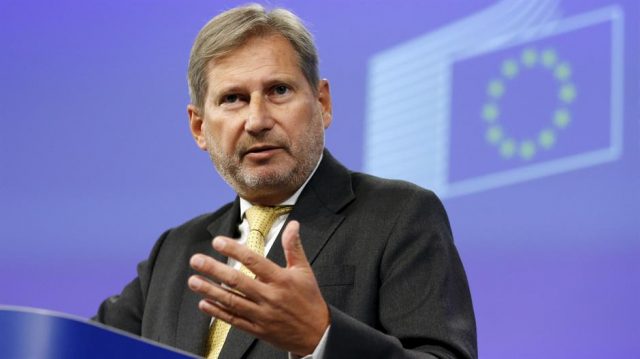 The European Union risks losing its influence in the Western Balkans if it fails to send a clear signal for the start of accession negotiations with North Macedonia and Albania, Commissioner for European Neighbourhood Policy and Enlargement Negotiations Johannes Hahn told Austrian news agency APA.

If, after two delays, we do not send a clear signal today or at the latest at the EU Council on Thursday, we should not be surprised if we no longer have influence in the Balkans, Hahn said, adding that he hoped that regarding this question, “reason will prevail.”

According to him, the loss of influence in the Balkans cannot be in the interest of the Union, since it is still a region that represents “EU’s court”.

Many speak of the effectiveness of world politics, of a strong Europe. However, if we cannot function in the immediate neighborhood, there is no need to ask a question of global action, says Hahn.

The European Commissioner believes that in order to ensure “proactive action, not just responding to events”, the EU must consider making decisions according to the majority principle.

If European countries as a whole want to be an international player, first they need to resolve their issues at home which is the Balkans in this particular case, Hahn told APA.