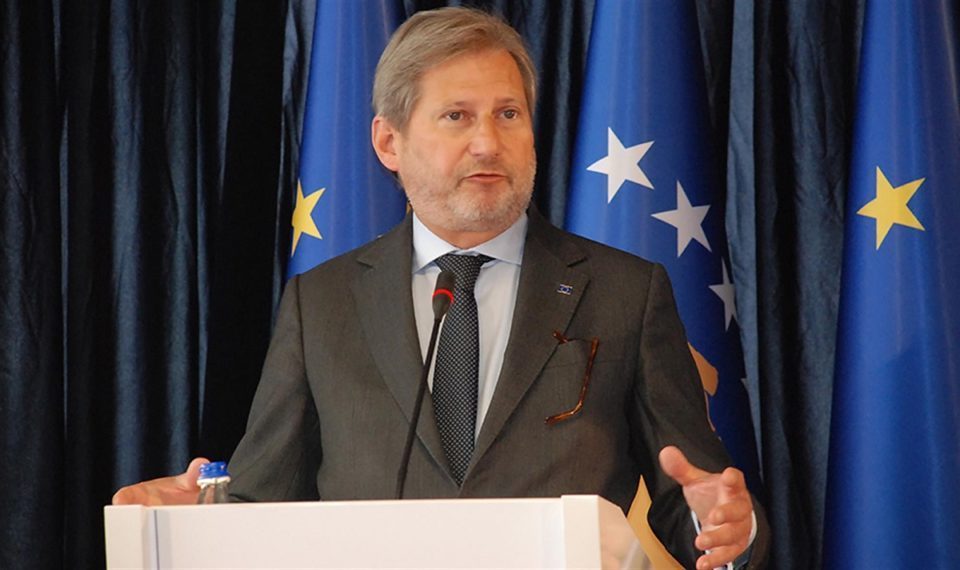 Outgoing EU Enlargement Commissioner Johannes Hahn warned about great consequences to the credibility of the Union if Macedonia and Albania are denied the opening of accession talks at the next European Council meeting.

Speaking before the AFET Committee of the European Parliament, Hahn said that the EU made promises to the two countries, and has failed to keep them.

I hope that the strategic mistake of not having given the deserved green light for opening accession negotiations with Macedonia and Albania will be reversed. The Western Balkans belong to Europe. Now is the time to deliver on promises and commitments, Hahn said.

Macedonia and Albania were blocked by France, which cited the need to reform both the EU and the enlargement process before other countries can be admitted as members. The decision hit Macedonia especially hard as it came after the imposed name change, which was greatly supported by Hahn and other EU representatives. Latvian member of the European Parliament Sandra Kalniete lamented over how she kept telling the Macedonian ambassador to the EU that the accession talks will begin as soon as the name issue is resolved, only to be denied by France.

Meanwhile in Macedonia, Prime Minister Zoran Zaev tried to put a brave face on the issue today, even as President Macron went further and declared NATO “brain-dead” and Europe “on a precipice“. Zaev told the press that he sees an “opportunity” in the announced change to the enlargement process.

The new enlargement methodology would be a fair chance for us, and we would advance sustainably if we are good, but if we decline, in the media department for example, we would be pulled back. That is the true way to transform the candidate countries, Zaev assured the press, before adding that France is a “great friend of the Republic of ‘North’ Macedonia”.

Zaev tried to meet with Macron before the European Council, and also raised the prospect of his visit to the Balkans afterwards, but ultimately it turns out that it will be President Stevo Pendarovski who will travel to Paris. Zaev said that this meeting will be a chance for Macron to “learn more about us”.