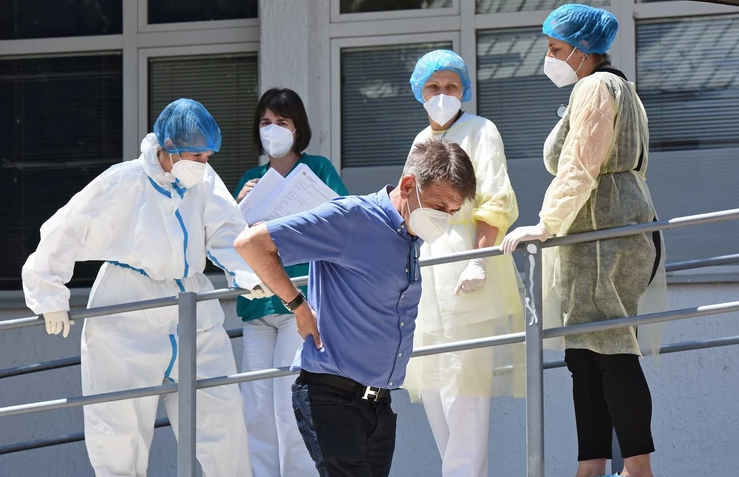 Three patients were reported dying from the coronavirus over the past 24 hours. The daily report also contained a notably low number of newly infected patients – just 11 cases were found out of also a low number of tests – 450. Macedonian normally has over 100 newly diagnosed patients a day and over a 1,000 conducted tests and today’s report constitutes a major break from norm. The new cases were found in Skopje (3) and one each in Kumanovo, Tetovo, Gostivar, Gevgelija, Kriva Palanka, Berovo, Vinica and Delcevo.

The number of active cases is estimated at 2,581 – 812 of them in Skopje and 379 in Kumanovo. Most districts in Skopje, which bore the brunt of the post Ramadan spike in infections, now have under 100 cases – it used to be as high as 450 for Cair and 150 for most other large, dense areas.

There were six new patients hospitalized in the two Skopje clinics that treat the most severe cases, and they now hold a total of 116 patients. Of them, one is on mechanical ventilation. Additional 13 adults and five children are treated in the Kozle hospital in Skopje and about 180 in regional centers and general hospitals across the country – these usually care for less severe cases of the illness.