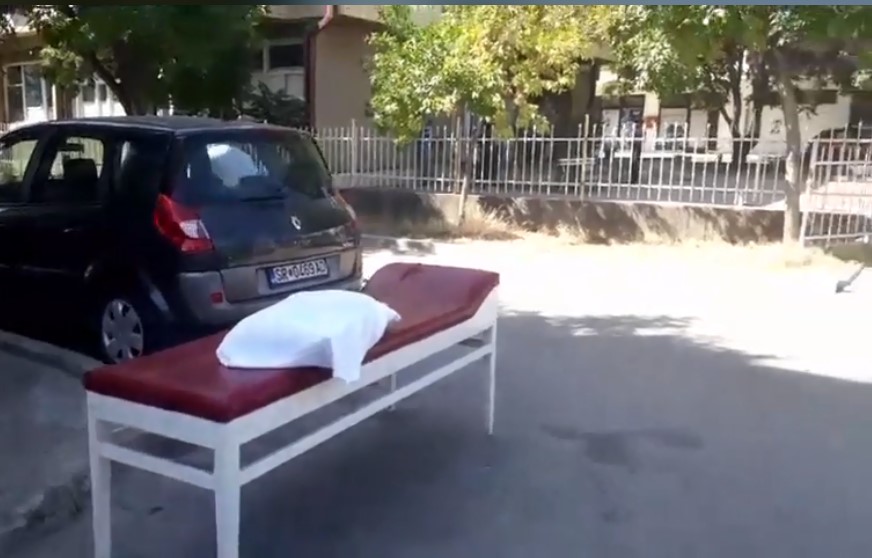 Healthcare officials insist that they will conduct an autopsy on the man from Strumica who died with coronavirus symptoms yesterday, but whose body was stolen by a large group of family and friends. Over 20 men carried the deceased patient in the hospital bed he died in and drove off in a van, planning to perform a burial without autopsy.

This is cultural ignorance. A huge shame, said Irina Buhova, head of the state sanitary inspection, who insisted that the body will be recovered.

The 49 year old patient from the historic Turkish quarter of Strumica was admitted to the hospital in bad state, with high blood pressure and sugar levels, and low oxygen saturation which likely indicates corona. The man died within minutes after being admitted, and the doctors did not have time to administer the virus test as they were fighting for his life. Shortly after, the mob stormed the hospital.

This was followed by another incident in the hospital, where the family of a nine year old boy who died attacked the doctors suspecting them of poorly treating the boy. Police had to intervene in both cases.