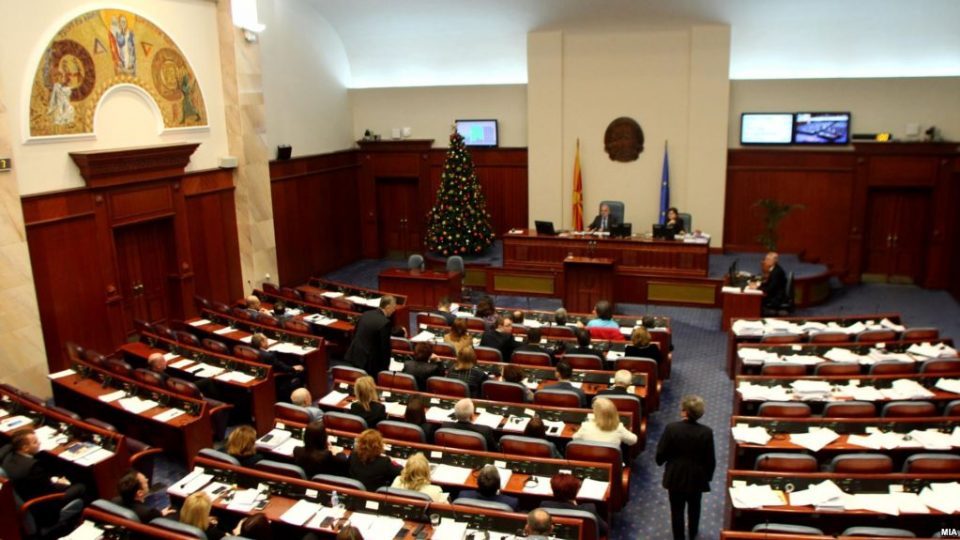 VMRO-DPMNE is following the scandal over the TE-TO power plant, VMRO-DPMNE Vice President Aleksandar Nikoloski said at Saturday’s press conference in response to a journalist question.

In the case where there are serious indications of government involvement, such as Prime Minister Zoran Zaev and Deputy Prime Minister for Economic Affairs Koco Angjusev, Nikoloski considers that the a conflict of interest with the deputy prime minister, who traded electricity with the company is indicative.

And the most indicative is that there has been no reaction from the Ministry of Interior or the Public Prosecutor’s Office to the facts and arguments put forward in this way. We urge them to act in accordance with the legal responsibilities they have, as within two to three weeks there will be changes in the Ministry of Interior and it will be possible to see what has been covered up and what has been done as it should be. No crime has remained hidden, this crime will not remain hidden and the institutions should act in favor of the citizens in order to be resolved, said Nikoloski.

Speaking about the laws related to the judiciary, Nikoloski told reporters that the biggest problem of the Republic of Macedonia at the moment is the dysfunctional judiciary and prosecution.

Over the past few days, more than 180 laws have been submitted to the Parliament in a shortened procedure. Who has time to read them, debate them. If in the past SDSM has been critical of some bad practices of speedy law-making, with which I then agreed and participated in changes to the rules of procedure in order to prevent it, we now see that they find a way to use the holidays and try to push through 180 laws that are in favor of SDSM, but not in favor of the citizens, Nikoloski said.

Can we see the report: Zaev didn’t report “Racket”, and SDSM’s top leadership was in close coordination with Boki 13

Nikoloski: Zaev to not even think to postpone the elections, he will regret it!