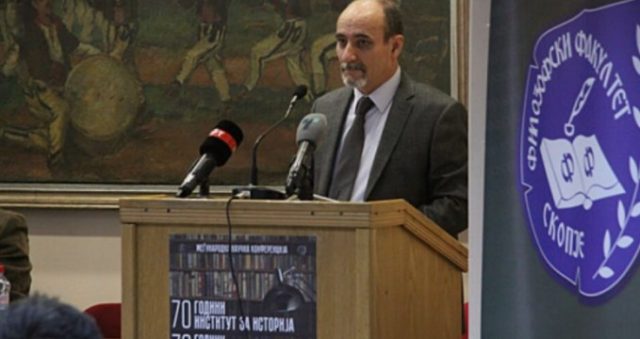 Guided by professional integrity and personal principles, I inform the Macedonian public that from today, 22.10.2021, I leave the work in the Joint Multidisciplinary Expert Commission on Historical and Educational Issues between the Republic of Macedonia and the Republic of Bulgaria, historian Vanco Gjorgjiev said in a press release on Friday. Gjorgjiev was head of the Macedonian team in the joint committee with Bulgaria, which was created as part of the 2017 Zaev — Borisov Treaty, and is tasked with creating a shared historic narrative between the two countries.

It’s work was often difficult, and the historians have found little common ground over the past year and half, but Zaev has pledged that he will get Bulgaria to lift its veto against Macedonia’s EU accession talks by the end of the year — which has resulted in tremendous pressure on the historians. Bulgaria expects that the Macedonian side agrees to a Bulgarian reading of history, and that it is later inculcated in Macedonian children through the public education system. Gjorgjiev said that the specific pressure came from a high level Foreign Ministry official.

Recently, there have been open attempts for political influence on the work of the Commission, which culminated during the first working day (October 21, 2021) at the XV regular meeting through direct interference in the professional work by a senior official at the Ministry of Foreign Affairs. In such circumstances, the established principles for making decisions by consensual were violated. I emphasize that the prepared draft-ideas, adopted and exchanged yesterday by the Macedonian team of the Commission in terms of recommendations for textbooks for VII grade for Macedonian textbooks, are made without my consent. The views demonstrated at the last meeting by the other members of the Macedonian team of the Commission, are not only contrary to the Resolution adopted on July 29, 2021 by the Macedonian Parliament, which outlines the red lines in the negotiations between the Republic of Macedonia and the Republic of Bulgaria, but are also contrary to the Macedonian national interests. I encourage the members of the Commission who have occasionally shared similar views and values with me, to not “bend their spines“, Gjorgjiev said in his statement.

He did not specify which historic period and which historic figures were covered in the disputed VII grade textbook. Gjorgjiev himself is expert on the Macedonian national liberation period, which Bulgaria especially claims as its own and wants to have portrayed as simply an off-shoot of the broader Bulgarian national movement.

Bulgarian officials have made it clear that they will block Macedonia from opening EU accession talks until Zaev delivers major concessions. His open willingness to do so likely influenced supporters of his own SDSM party to defect from him at the on-going local elections, in which Zaev suffered enormous losses in the first round, and stands to lose his office if the situation doesn’t improve in the second round on October 31st. Bulgaria also holds elections, on November 14th, for President and a new Parliament, and Zaev hoped that after the elections he can cut a quick deal with Sofia.