The Portuguese Prime Minister’s statement that “the EU is not in a condition to accept new members and that it should openly tell the candidate countries” should not be a surprise to anyone.

The truth should be looked in the eyes, no matter how cruel it is. The EU does not want enlargement, especially not from the Balkans, which makes ordinary European citizens’ hair stand on end.

The declarative statements of the European bureaucrats that the place of the region is in the EU are declarative and deceiving as much as to keep the countries’ Euro-optimism in order not to stop with the reforms that we need for ourselves and not for Brussels. 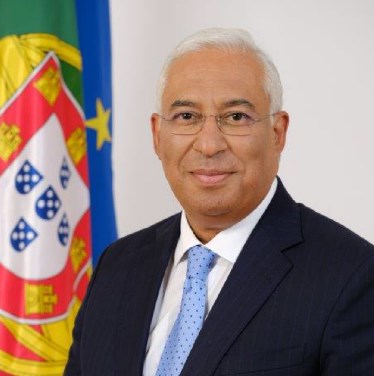 This statement of Antonio Costa could be felt after no European leader wanted to confirm that by 2030 the region should become part of the EU.

Now it is more than clear that not 20230 but maybe we will never become part of such a Union. Perhaps the place of the countries of the region is in some second league of the EU, whatever it is called, an idea that is openly advocated by the President of France, Macron.

This statement should have a sobering effect on the government in Skopje, which is ready for all kinds of concessions to Bulgaria in order to start negotiations.

The most recent request from Sofia is to include the Bulgarians in the Macedonian constitution, although there are no guarantees that this will be the last request and that there will be no new ones after that.

Euro optimism must therefore be tempered to reasonable limits. Yes, Macedonia should start negotiations, but first for itself, not to satisfy someone’s “whims”.

As for Portugal, it has never been on Macedonia’s side. A few months ago, it was the Portuguese Minister for Europe, Ana Paula Zacarias, who made a controversial statement in which she said that the “language of Macedonia” was part of the Bulgarian language throughout history.

We also remember 1992 and the famous Lisbon Declaration

The then European Economic Community was chaired by Portugal. That’s when the Lisbon Declaration was adopted, which, as a condition for the recognition of the Republic of Macedonia, stipulated that the name of the country should not contain the word “Macedonia”. At that time, Macedonia had declared independence but was not recognized by any EEC country or the United Nations.

The EEC requirement was partially fulfilled because, with the Temporary Agreement with Greece, Macedonia became a member of the UN with the temporary reference “former Yugoslav Republic of Macedonia.”

After all, history repeats itself.

Decisive match against Portugal on Tuesday

Mucunski: The Portuguese proposal proves that Zaev is negotiating with Bulgaria about changes to our identity