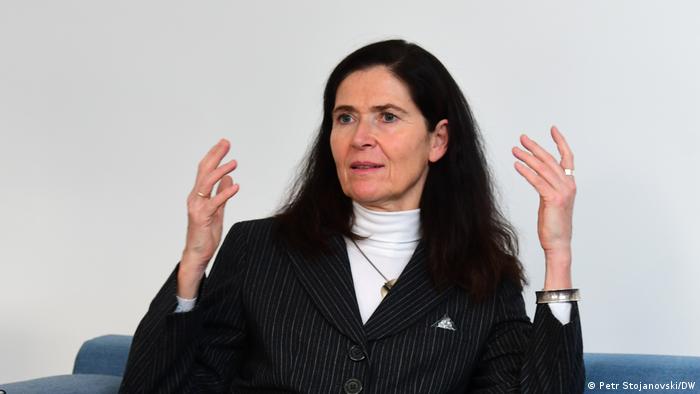 It is no coincidence that the first meeting of the new German Minister is with Nikola Dimitrov, said the German Ambassador to Macedonia, Anke Holstein, in an interview with “Deutsche Welle” in Macedonian language.

There are clear statements about our policy towards the Western Balkans in the coalition agreement and this clarity is a novelty. Specifically for your country, I will quote part of the coalition agreement: “We support the EU accession process of the six Western Balkan countries and the necessary reforms to meet all the Copenhagen criteria. In this framework, we strengthen civil society and support further steps towards rapprochement. In the next step, the first chapters with Macedonia and Albania must be opened. I am firmly convinced that it is more than a symbol that the new Minister of State for Europe at the German Foreign Ministry, Ms. Anna Lührmann, will receive the First Deputy Minister for European Affairs of Macedonia, Mr. Nikola Dimitrov, as her first foreign guest, said Holstein.

She added that Germany did everything in its power to clear the way for Macedonia and “I can assure you that you will receive unreserved support from the new federal government, including the new Chancellor Olaf Scholz”, she added.

Holstein: Macedonia prepared for start of negotiations and EU membership for a long time