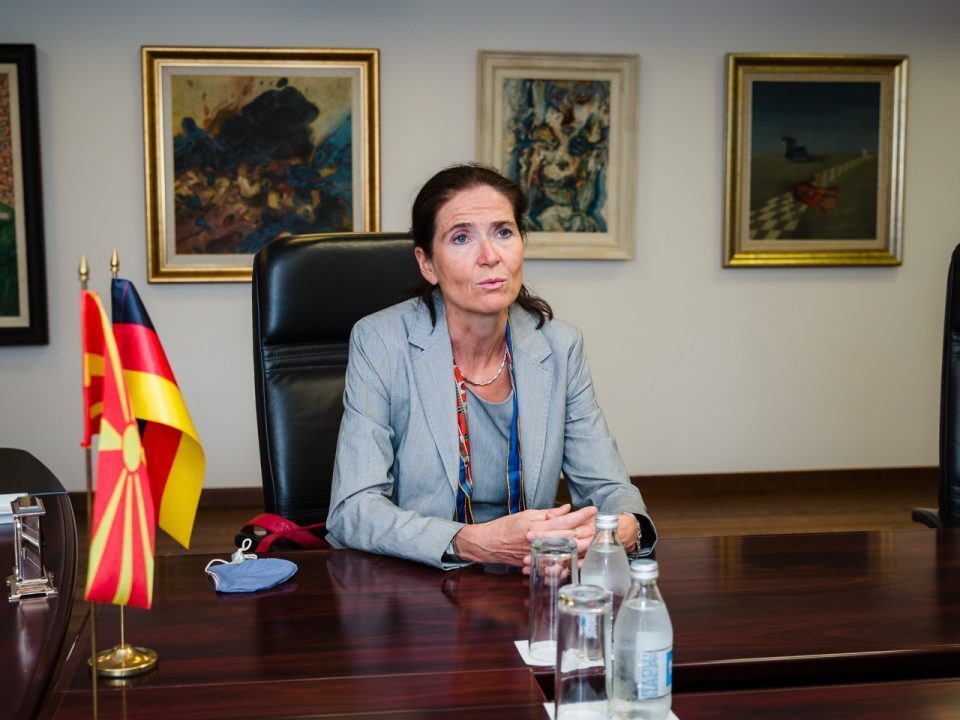 Macedonia has been prepared for the start of accession negotiations but also EU membership for a long time. I deem it a positive that a high percentage of the population does not see any other future other than the one within the European Union, said German Ambassador Anke Holstein on Thursday.

Holnstein underlined that there is great continuity in terms of enlargement and that the European Union is sticking to what it said in March 2020, ie to start accession negotiations with Macedonia and Albania, whose paths, she said, are open.

As for the new German government, Holstein added, it has a special paragraph for the Western Balkans for the first time and mentions the accession in the first chapter regarding the accession negotiations with Macedonia and Albania.

Holstein: It is no coincidence that the first meeting of the new German Minister is with Nikola Dimitrov