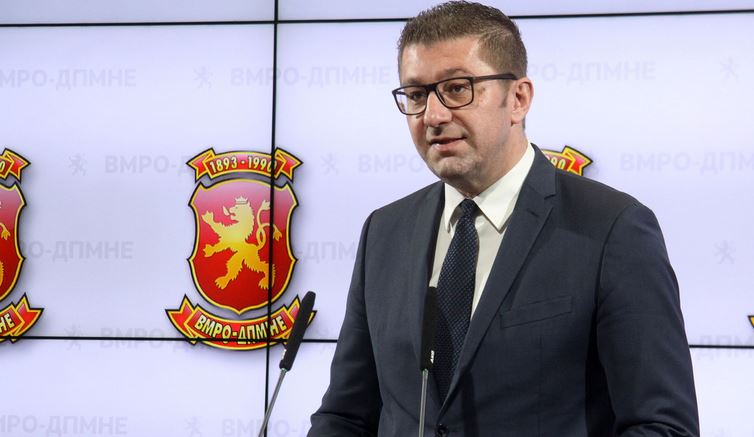 VMRO-DPMNE leader Hristijan Mickoski will not attend the meeting of party leaders that Zoran Zaev was planning for Friday.

VMRO-DPMNE official Blagica Lasovska said during a press conference that the decision was made given the opposition’s decision that they will only discuss holding early general elections. Zaev’s Government is facing a series of scandals, with the latest one, involving Special Prosecutor Katica Janeva, cutting straight to the ruling SDSM party, and VMRO insists that the issues can be resolved only by holding elections.

Zaev also invited his coalition partner Ali Ahmeti from the DUI party, as well as Ziadin Sela, leader of the largest opposition ethnic Albanian party – the Alliance of Albanians. Both said they will go to the meeting.