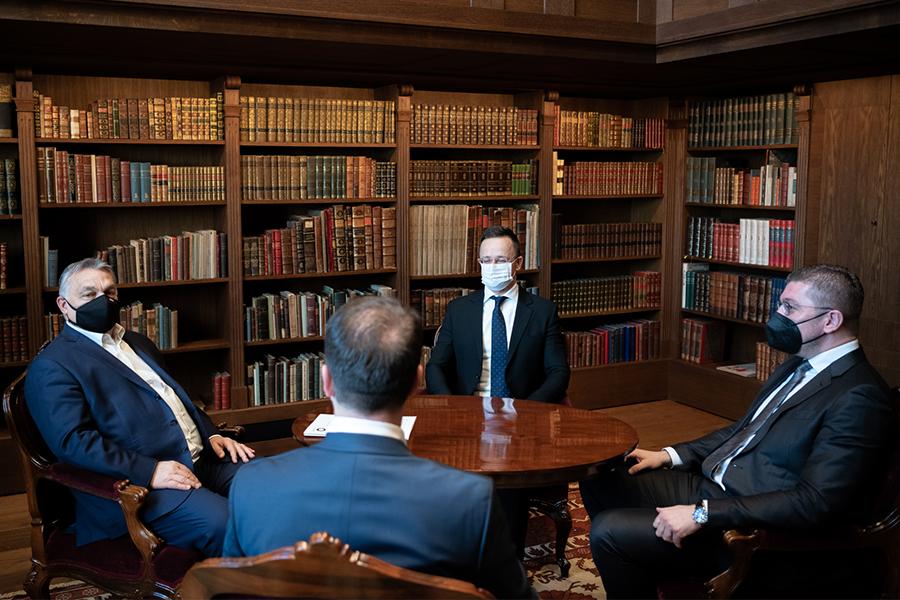 VMRO-DPMNE leader Hristijan Mickoski and Vice President Aleksandar Nikoloski had Monday a working meeting in Budapest with the Prime Minister of Hungary and President of the Fidesz party Viktor Orban, as well as a working breakfast with the Hungarian Minister of Foreign Affairs Péter Szijjártó.

At the meeting with the Hungarian Prime Minister Orban, the excellent and friendly relations that exist between the sister parties VMRO-DPMNE and the Hungarian Fidesz were affirmed. 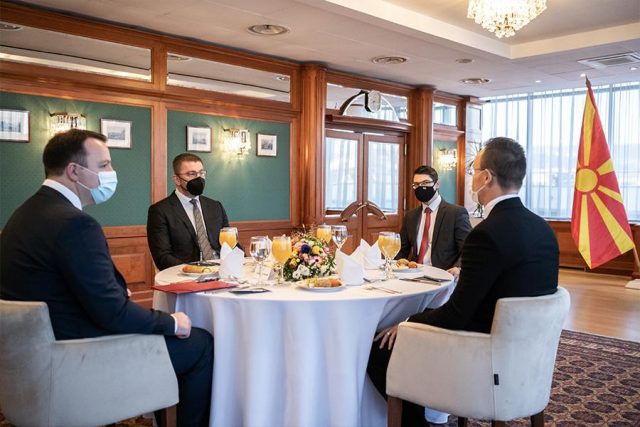 At the meeting, Mickoski also referred to the blocked EU integrations that are a consequence of the latest veto by Bulgaria, which distances Macedonia from the strategic goal of membership in the European Union. The leader of the opposition party asked friendly Hungary for support to unblock the EU road as well as overall support for the country ‘s EU road.

For too long, the country has been trapped in a lack of reform, calculations and stagnation that results in justified nervousness, but also a kind of frustration in fulfilling the strategic agenda. It is true that the Macedonian government has a huge delay in fulfilling the reforms, unfulfilled promises, and it is not fully committed to integration, just as it is true that the state and all its citizens must not be stuck due to such incompetence of the domestic government, but also the insufficient readiness of all EU member states to sincerely lend a hand to the countries aspiring to the EU, underlined the leader of VMRO-DPMNE Hristijan Mickoski. 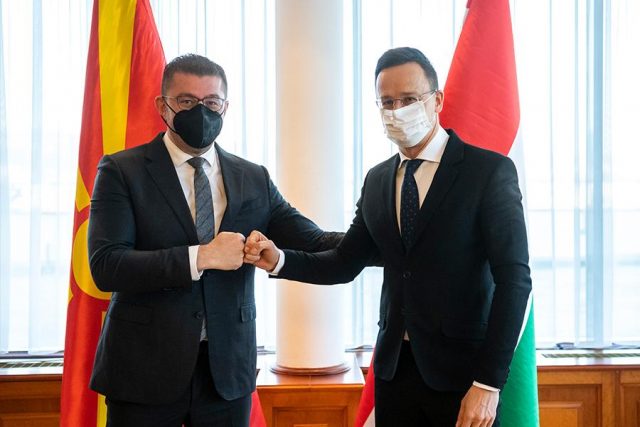 The interlocutors also exchanged views on the economic and health situation, as well as the challenges arising from the pandemic.

The Macedonian economy is in recession and over 50 thousand of our fellow citizens have lost their jobs. The citizens lack a concrete plan on how to get out of the crisis, but also security and perspective. Most citizens expect from the government a strategy and a plan on the future for a certain period from now. Unfortunately, Macedonia is among the countries with the highest number of COVID-19 deaths according to to the number of population. And this is proof of the incompetent and not fully committed work of the authorities in overcoming the challenges. In that regard, the exchange of knowledge and experiences with more developed countries, such as Hungary, is crucial and I would be grateful if Hungary would help in that regard with any of its available potential, Mickoski said at the meeting with Prime Minister Orban. 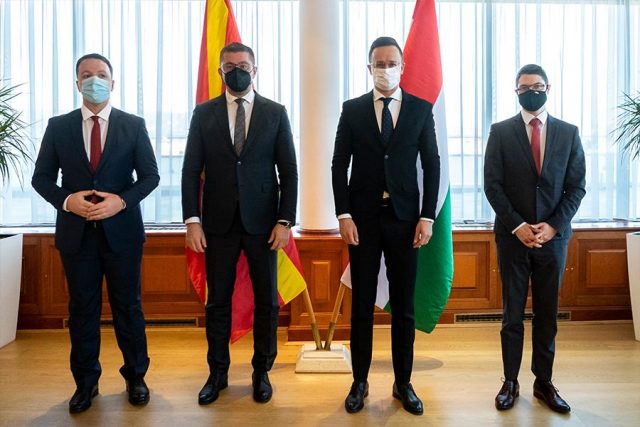 The working breakfast with the Minister of Foreign Affairs of Hungary, Péter Szijjártó, focused on the strategic priorities related to the country’s EU membership. Mickoski asked Szijjártó for support and involvement in unblocking the accession process.

The state must not negotiate for its identity features and that must not be the price for the country’s progress towards the European Union, said the leader Mickoski.

Mickoski: This is a circus, and the citizens pay too much for the ticket

Mickoski: Another proof that an incompetent mafia runs the country. Resignation of the Government immediately!