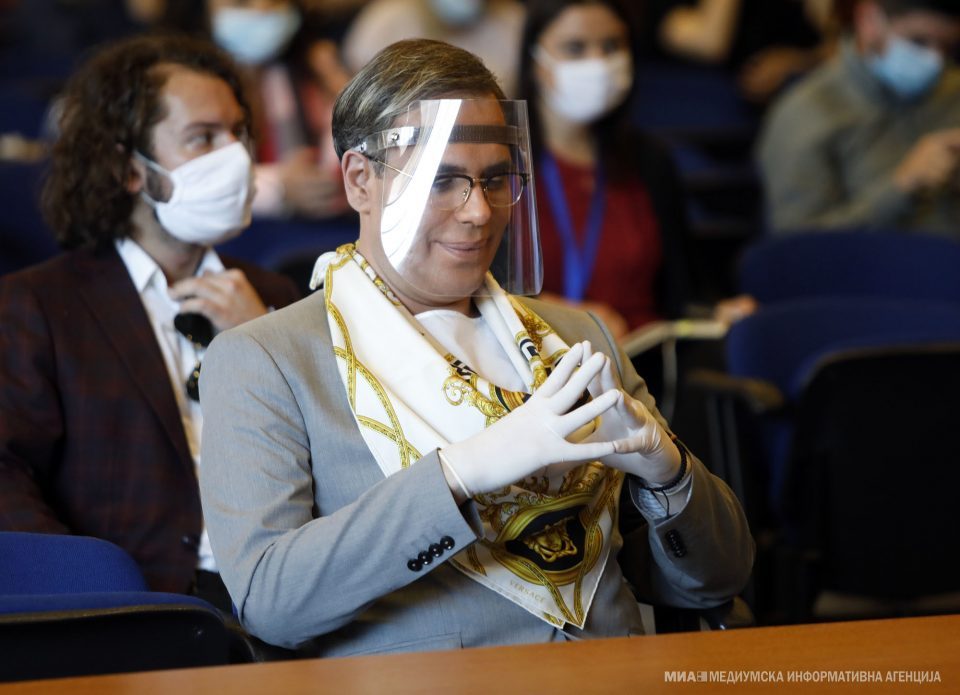 Attempted murder, espionage, illegally seized items are some of the charges filed by Boki 13. He from the prison cell where he is serving his sentence in the “Racket” case, where he is the first defendant, and former special prosecutor Katica Janeva, the second defendant, sent a letter saying that the only way to stop him is to kill him. In a handwritten letter that his lawyer, Saso Dukovski read yesterday and which Republika has obtained, Boki 13 from the Sutka prison confirms that he is filing criminal charges against some about 40 government politicians, public officials, who are part of the current government, people from their families and close to them, as well as businessmen.

In the letter, Jovanovski does not state which officials are in question. He emphasized that they could not prevent him from fighting criminals, as he called them, regardless of whether they threatened or blackmailed him. He also complained that he and his family had been blackmailed and threatened all along by those, as he says, knew that charges would be filed against them.

However, although he did not publicly state the names of the public officials, he unequivocally stated that he was behind every statement he made in court, as well as behind the one when the verdict was pronounced when he pointed out that the money from “Racket” should be looked for with Zoran and Vice Zaev.

In the letter, Bojan Jovanovski says that the crimes in question were committed in the past period, for which he had evidence that he handed over to the Public Prosecutor’s Office, stressing that he did it with complete distrust in the entire public prosecutor’s system in our country, and because of that he had requested monitoring by the international community and friendly countries.

The criminal charges are in relation to the “Racket” case, to all unanswered questions about the “Racket” case where I was convicted. Criminal charges related to the case that is in court – “International Association”, but also crimes committed which the public is not aware of, and I was a direct witness, and are very serious crimes, and which were committed by the same perpetrators, public officials together in complicity with members of their families and their close associates and party members, Boki wrote in the letter.

He says he will respect the provisions of the Criminal Procedure Law and due to the secrecy of the pre-investigation procedure, he will not list the names of the perpetrators of the above-mentioned crimes.

Regarding my current position and the penal detention conditions in which I find myself, I will emphasize that from today’s perspective it is more than clear why only I am being held in custody at all costs, while real criminals are bossing around and giving orders, Jovanovski said.

Zaev once was a man who met with Bojan Jovanovski in his office, and his words of praise for 1TV’s birthday are not forgotten either:

One of the good things that happened to our people and our country is 1TV. With its novelty, diversity, variety that radiates, it really enriches the content in all our homes. Even for us politicians, it knows how to criticize but also how to present what is good for the citizens and the state. I believe that it will continue to defy the difficult times for the media, especially from a financial point of view, knowing that a better time is coming.