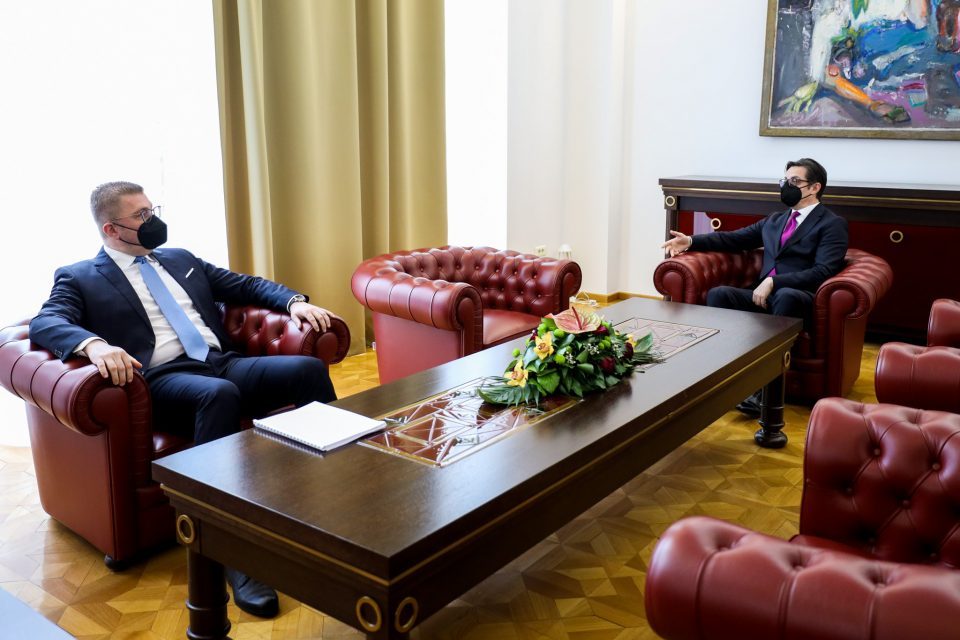 I do not ask for mercy and amnesty, I ask for justice for the April 27 defendants, said Hristijan Mickoski, the leader of VMRO DPMNE, after Friday’s meeting with Macedonian President Stevo Pendarovski.

In a statement after the meeting, Mickoski said that they discussed the political and economic situation in Macedonia, as well as the events of April 27, 2017.

I we have come to an understanding, what is a reality related to the events of April 27 is that the basic human and constitutionally guaranteed right to appeal and the second instance court decision of the convicts is currently over and unfortunately many of them have not received the decision so that they can use an extraordinary legal remedy and, based on the new information that the teams of lawyers have, submit it to the Supreme Court or to the European Court of Human Rights, he said.

Mickoski urged the government to take off its hands from judges and prosecutors so that they can judge according to law and the Constitution.

At the meeting I did not ask for mercy and amnesty, but for justice through additional evidence that the defense lawyers of these people can submit to the Supreme Court or the European Court of Human Rights. There is no basis for these people to be accused of terrorist behavior or attack on the constitutional order of the country, said Mickoski.

Mickoski and Pendarovski also talked about the worrying situation with crime and corruption, as well as several other topics.