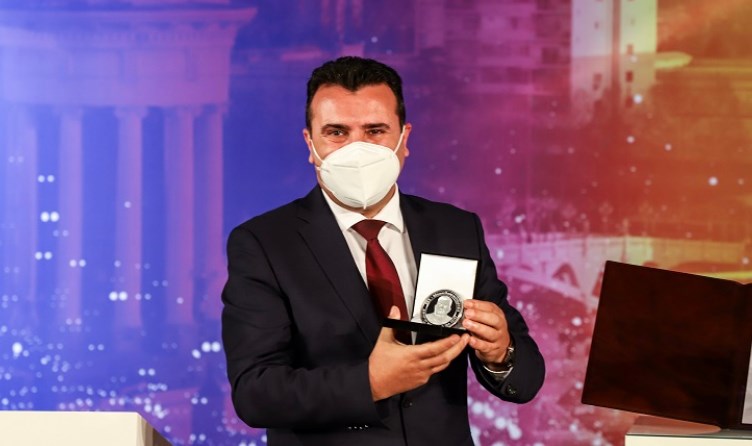 Prime Minister Zoran Zaev has warned the EU that it will receive a blow to its reputation in the Balkans and lose more place to rival powers if it does not start accession talks with Macedonia and Albania soon.

Many questions were not as our citizens expected and because of that Euroscepticism is rising, Zaev said in an interview with Brussels-based Politico.

Zaev says the failure to start talks will affect not only his country and Albania, but also the wider Western Balkan region. If seen that the EU is not keeping its promises in the region, it will also give Kosovo and Serbia less incentive to settle their differences in EU-sponsored talks and make Bosnia and Herzegovina less likely to implement the reforms necessary for its accession negotiations, he claimed in the interview.

In that case, according to Zaev, there will be more room for other powers in the region, referring to Russia and China in particular.

Zaev also rejected the idea put forward by EU Enlargement Commissioner Oliver Varhelyi to decouple Macedonia and Albania on the road to the EU, saying that many EU countries have said in recent days that the two countries must go together. Germany, Slovakia and Greece are among those who have made it clear that they do not share the views of the Hungarian commissioner.

“There is a clear message of decoupling and I hope Bulgaria will be reasonable,” Zaev said in the interview.

He suggests that Varhelyi may have been trying to persuade Macedonia and Bulgaria to reach an agreement on Sofia’s objections. I always believe in good intentions and I believe he wanted to put pressure on us and Bulgaria to find a solution, if possible, he said.

He expressed optimism that the stalemate with Bulgaria could be resolved, describing the problems between Sofia and Skopje as “non-essential”.

Zaev hopes that the most powerful Western governments, including the US administration of Joe Biden, will help resolve the stalemate. If there is no progress, he warned, the enlargement process will be frozen for at least a year and a half as elections take place in Bulgaria and the major EU powers, Germany and France.

It would be a further bitter blow to Macedonia, stressed Politico, which has sought to join major Western political organizations – it even changed its name to end a decades-long dispute with neighboring Greece. That change allowed the country to join NATO, but the EU has yet to deliver on its promise of accession talks.

“So many sacrifices. And after that the EU does not deliver? That is a problem. We are showing more European values and European manners than the EU,” Zaev said in the interview.

“We have no luck,” he said, laughing bitterly as he pondered the recognitions given to him to end the long-standing dispute with Greece, wrote Politico.

“I have received so many awards – from Germany, from Austria, all possible awards. Only the reward we expected, EU integration is not coming,” said Zaev.

Regarding the vaccines, Zaev says his government has paid a political price for trusting in EU solidarity.

“The vaccines came late. We waited so long and people demanded responsibility from me. It was a really unpleasant atmosphere,” said Zoran Zaev in the interview with Politico.

Zaev’s government has insisted for months that it will stick to vaccines approved by the European Medicines Agency. But in the end it decided to procure vaccines from China, and received donations from Serbia.

Despite all the failures, Zaev emphasizes that he is optimistic that the EU can quickly regain the lost ground – if it starts accession talks soon.