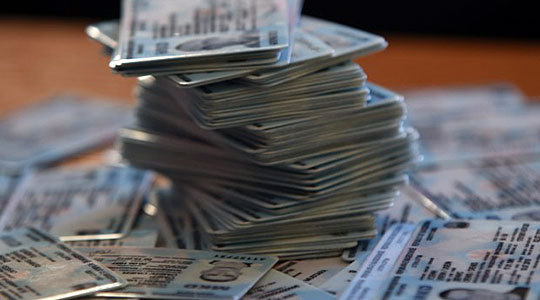 The bill on ID cards proposed by the Ministry of Interior received the green light in the working bodies of the Parliament. In addition to Macedonian, the bill envisages the use of Albanian and the language spoken by less than 20% of the citizens in the ID cards. The bill stipulates that in addition to Macedonian and English, the use of any other language in the ID cards is possible only at the request of the applicant.

The ID cards with the old constitutional name, from the entry into force of the new Law on ID Cards, can be used until February 12, 2024. Within this legal package, the working bodies in Parliament opened the way for approval of the Law on persons who are not registered in the registry books, who through employment are enabled to register in the registry books. This legal solution provides for the identification of the so-called “phantom” citizens in the registers of institutions.

While the government is proposing the ID Card Law for the second time, the Besa Movement’s proposal to inlcude ethnicity in the ID cards remains a promise on paper. The proposal submitted to the Parliament was not considered due to the blockade by the Levica party. Besa says that in cooperation with the Government they are working on finding a way for the law to be adopted. Recently, the leader of this party, Bilal Kasami, told Alsat that he would not withdraw from the request to inlcude ethnicity graph on the ID cards.

Anti-Corruption Commission demands end to employment based on ethnicity: We’re forcing people to humiliate themselves and lie to get a job

Mickoski: Bill on legalization illegal constructions is politicized by SDSM