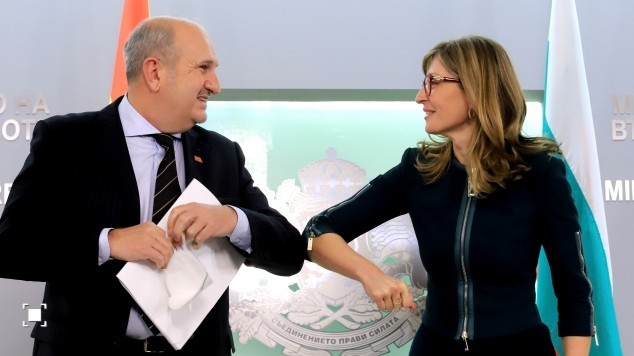 In a TV interview, Bulgarian Foreign Minister Ekaterina Zaharieva said that Macedonia should not hope that Bulgarian positions will change after the March general election.

There is a misconception that something will change. If there is a change, it could be to the worse for them, Zaharieva said, adding that Bulgarian parties have aligned their positions on Macedonia.

The historic and national identity dispute between the two countries is one of the issues in the pre-election period in Bulgaria. The right wing GERB party and its nationalist allies blame the socialist opposition of being weaker on the issue, reminding them of the acceptance of a separate Macedonian national identity early in the communist period in Bulgaria. This, in turn, is driving the socialists to take harder positions on the issue. Both main political sides in Bulgaria agreed on a resolution that calls on Macedonia to accept significant changes to its historic and national narrative and agreed on the veto of Macedonia’s EU accession talks.

Macedonian Deputy Prime Minister Nikola Dimitrov publicly advised that the issue is put on hold until the elections in Bulgaria, specifically to avoid getting entangled in the election debate, but Prime Minister Zoran Zaev refused and sent his personal envoy Buckovski to Sofia.