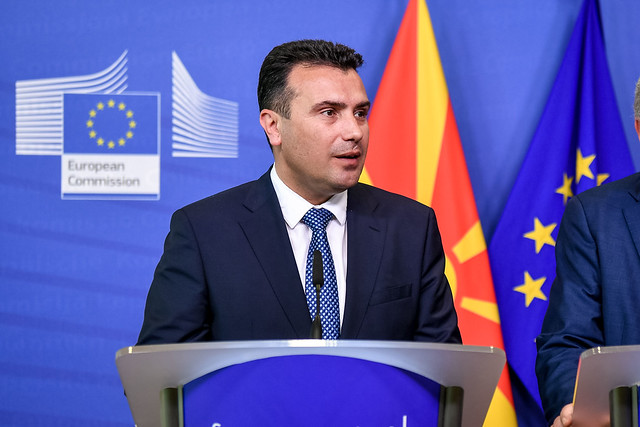 Asked by MIA about the announced government’s reshuffle after the presidential election, Prime Minister Zoran Zaev stressed that will also greatly depend on the EU’s decision on the accession negotiations.

The reshuffle process has begun, there will be changes in less than two-thirds of the government, that’s my plan, and about 20 to 30 management positions in the major institutions, but perhaps the EU Council will change me, the prime minister said.

The prime minister says that he is waiting for the reshuffle because of the risk of his government collapsing if the country is not given a date to open accession negotiations with the EU.

If I lose the support of parliament, why should I do the government’s reshuffle? Therefore, I am waiting, I am ready, our citizens more or less know who will get replaced in the government, but it is not normal to do changes if the government collapses, we may have to call for early elections, or get a new mandate from the president, it is not known , but first the Bundestag should send a message, said Prime Minister Zoran Zaev.