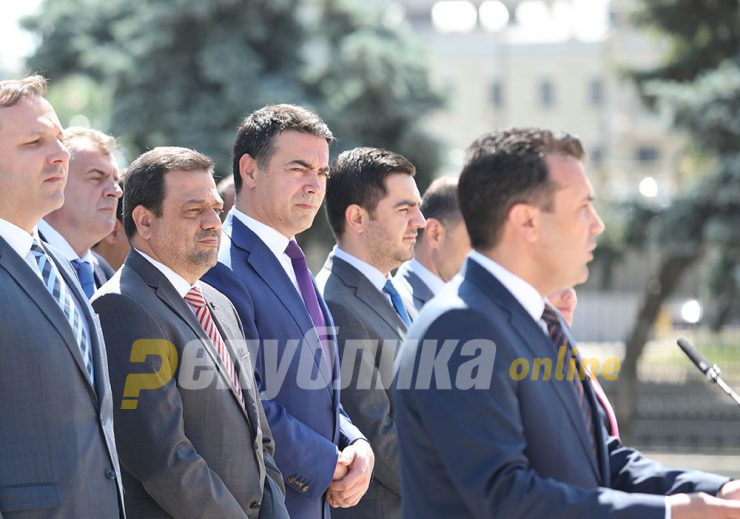 If Zaev’s government had worked on projects as it works on scandals and affairs, the Republic of Macedonia would really shine. This way only crime, corruption and business interests of the government shine, VMRO-DPMNE spokesman Dimce Arsovski said at a press conference on Friday.

The scandal reported by the media that a firm close to the Zaev family has received a grant from the Innovation and Technological Development Fund is further evidence that public money goes almost exclusively into the pockets of officials or their close family members and firms. Namely, the Strumica-based Power AD firm last year received grant worth a million from the Fund, the same Fund which also awarded grants to the companies of Deputy Prime Minister Angjusev, MP Lokvenec, the daughter-in-law of Cvetanka Laskova, and dozen others scandalous cases. The aforementioned Strumica company was nor randomly selected. If we take the present model of grant allocation, there is a reasonable doubt that it was honored with funds because a Zaev firm had  ownership stake in it, through their firm Elenica, Arsovski said.

He asked whether the ownership of the Power AD firm was sufficiently checked when it received the grant, and whether there is an ongoing investigation into it by the prosecution as into other firms in relation to the grant awarding by the Innovation Fund. Didn’t the Innovation Fund consider it suspicious that a company that changed its ownership stake during the campaign should have been turned down for grants?

Zaev manipulated the public that allegedly because of high ethics the Zaev family firms did not participate in the calls for innovative grants. And now the information is that this company who was awarded a grant has a history that directly links Zaev and the Innovation Fund grants. So much for the ethics and moral lessons that Zaev shared with the citizens, Arsovski said.

Janusev: VMRO-DPMNE to increase the average salary by 25 percent