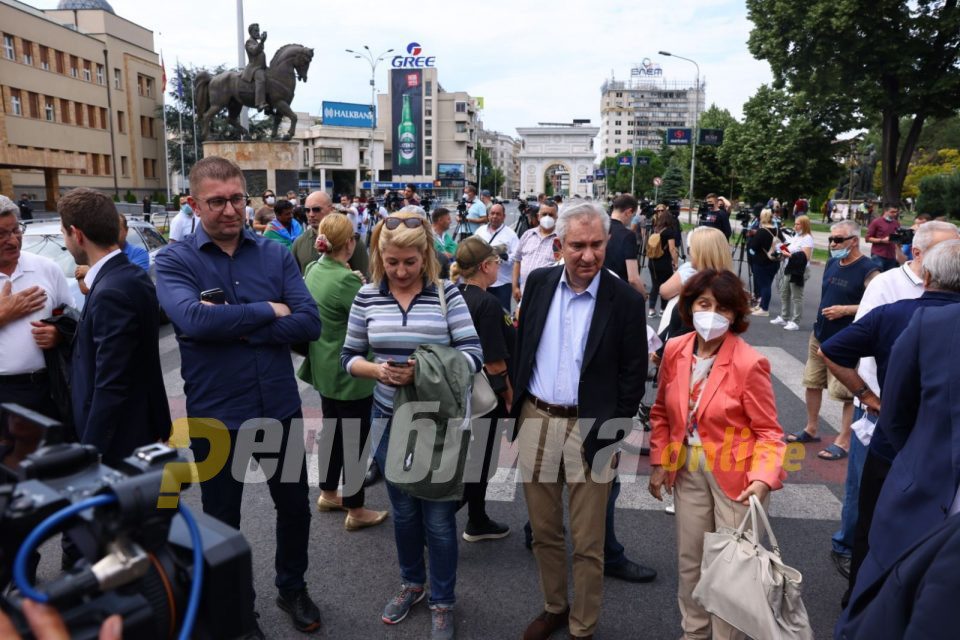 We block when things go wrong in this country, and the Government is pursuing wrong-headed policies. If we don’t revolt, Zaev will cleanly accept all demands. He has done nothing other than pursue wrong-headed policies. For these 4 years I cannot remember any good thing they did for the state, the people or the nation, Mickoski said in Tuesday’s interview with TV Alfa, warning that Zaev is on the verge of making a new deal with Bulgaria that will badly damage Macedonian interests.

Mickoski emphasized that there is nothing from what the government initially euphorically announced as a broadcasting fee, or a cheap electricity tariff and the people paid for it more than triple. These are people who have a mediocre character, you cannot expect something from them that will be avant-garde, new politics and Macedonia to make big steps, and to see it further, these are people with below average capacity, he said. 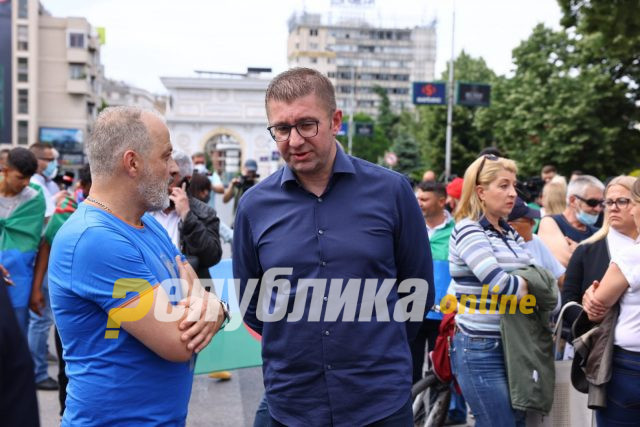 The opposition leader warned that the deal that is being discussed will lead to having the Bulgarian claims on Macedonian national identity and history made official part of the EU accession process. 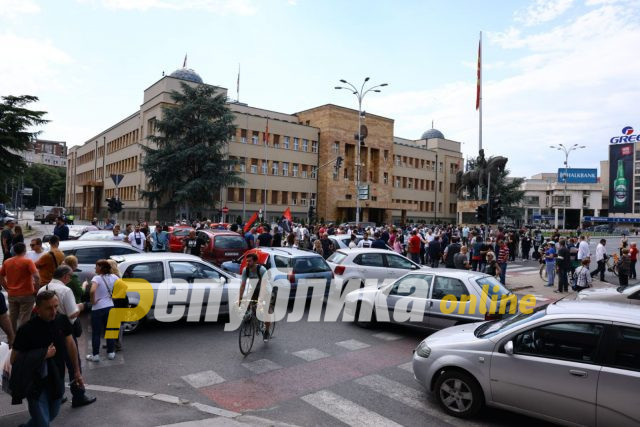 We asked SDSM to join us in formulating a response to the declaration of the Bulgarian Parliament, that would be adhered to by all parties in Macedonia. In response, I was attacked, and assured that the Bulgarian declaration is done simply for pre-election politicking. Now, two years later, we see that the content of that document is turned into a condition of opening EU accession talks laid before Macedonia. We will use all democratic means to prevent Zaev and his envoy Vlado Buckovski from accepting the declaration, Mickoski said.