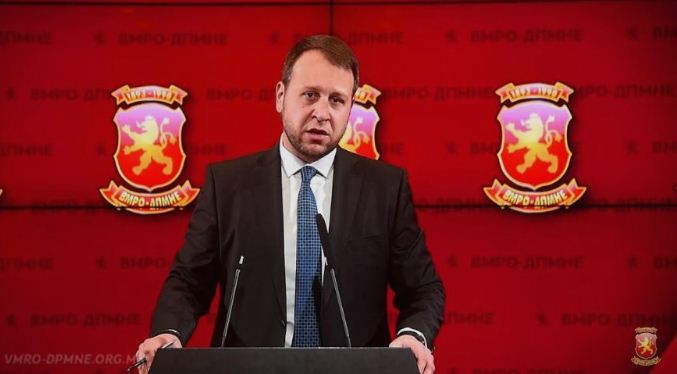 Igor Janusev, VMRO-DPMNE’s secretary-general, has been elected head of the election headquarters in the upcoming early parliamentary elections, the VMRO-DPMNE Executive Committee has decided.

The executive committee tasked Janusev to propose the composition of the election headquarters until the next session.

The EC meeting also analyzed the current course of the “Renewal of Macedonia” campaign and the problems facing thousands of citizens who approached and demanded a solution. It was concluded that the citizens do not want lies and deception like the promises of Zoran Zaev, but an inventive, realistic, feasible program that will improve their standard and return true values to Macedonia. The current political and economic situation has been marked by a number of suspicious behaviors of the outgoing government that will need to be investigated after Zoran Zaev is defeated and the laws will apply equally to everyone, VMRO-DPMNE said.

The party points out that the abusive behavior of the government, disobedience to the law and corrupt spending of public money are a clear indication that SDSM and Zaev are leaving. Any attempt to usurp the will of the citizens who are firmly determined to punish Zaev will entail responsibility.