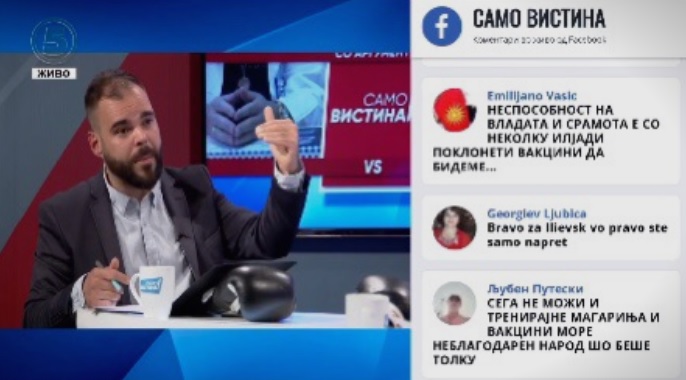 In an interview with TV Kanal 5, Bogdan Ilievski says that the La Verita newspaper, which today published a new scandal related to the SDSM government over the purchase of Chinese vaccines, should not be underestimated because, as he said, the same media outlet did some of the most crucial reporting on the scandals involving the former Special Public Prosecutor’s Office.

La Verita was the same media outlet that brought down the SPO, so I would not underestimate its credibility of their reports and what I read this morning is quite scandalous, he said.

Ilievski pointed out how it is possible for an intermediary to have the credibility to mediate for the procurement of vaccines to Macedonia from China, and not the SDSM government.

Zaev and Filipce wanted to insert a suspicious company in the vaccine contract with China and now the deal is out, La Verita reports