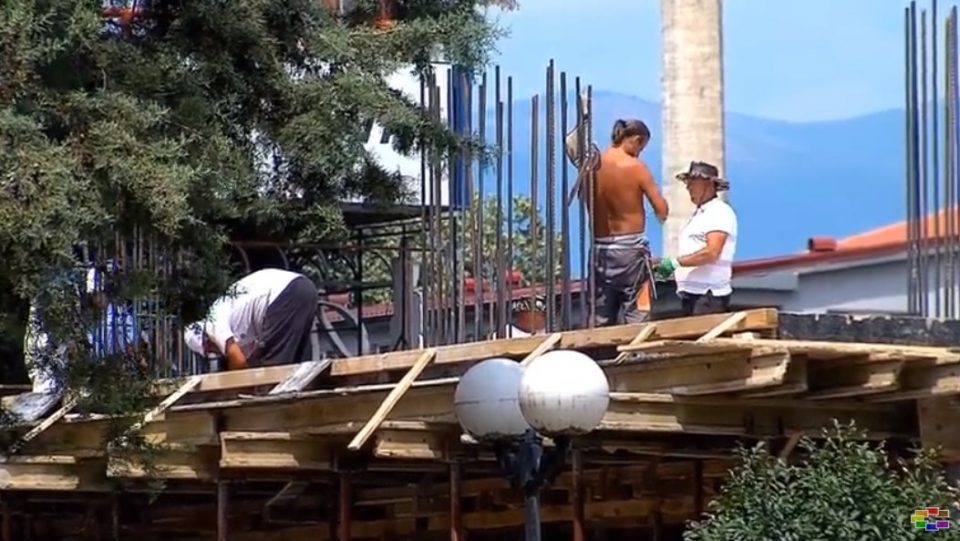 Workers are pouring concrete on the second floor of the new building that is rising on top of the recently burnt cafe in front of the Mavrovka shopping center in downtown Skopje.

The unlicensed build is replacing what was a light temporary construction built over what was originally supposed to be an open air terrace. The cafe was attacked by an RPG early last year, and then in late April it was burnt to the ground in a blaze so strong that windows in the shopping mall burst. Soon after the place which is in one of the busiest streets in Skopje was surrounded with planks, ostensibly to hide the ruins from public eye, but soon afterwards reinforced concrete bars started poking out and the conventional wisdom now says that the place was burnt by powerful developers in order to clear the way for illegal construction.

An inspection sent by the Cair municipality ten days ago ordered the building demolished, but work continues never the less. Skopje Mayor Petre Silegov said that he was informed that a new group of building inspectors will visit the site soon.

Coronavirus outbreak in a kindergarten in Skopje