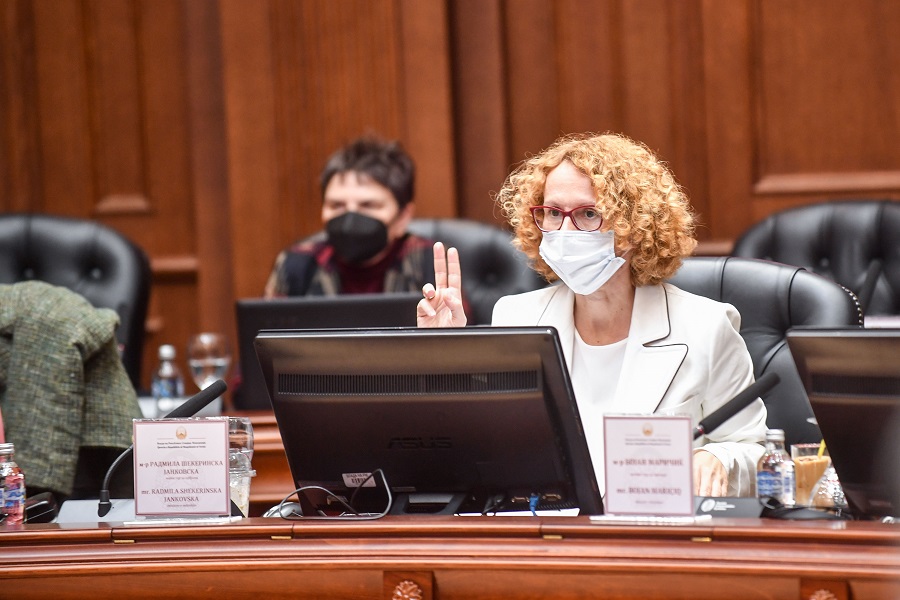 In a rare intervention in domestic politics since she resigned as deputy leader of SDSM, Defense Minister Radmila Sekerinska said that she considers the Zaev Government still functional, and that she believes “the public expects us to confirm our majority in Parliament”. Zaev lost a key coalition partner – BESA – and resorted to pressure against members of Parliament to narrowly survive a vote of no confidence last week. He now has about 59 or 60 votes in the Parliament – not enough to pass most legislation – and hopes to draw the small Albanian Alternative party to provide him a few votes more.

The Government is functional. Parliament, if I’m not mistaken, begins the process of adopting the 2022 budget. Nothing prevents us from working at what is important to all. The citizens don’t focus on permanent elections or on counting the members of Parliament, but want work and results, Sekerinska said.

She largely sat out the local elections, in which divisions in SDSM and public outrage at Zaev led to a complete defeat of SDSM.